Home / News / SRI LANKA: A book that tells the story of human tragedy

SRI LANKA: A book that tells the story of human tragedy

The following review was originally printed in the latest issue of the Torture: Asian and Global Perspectives. 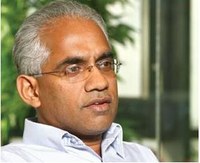 Basil Fernando’s well researched book documents state perpetrated torture reaching back to 1998 and tells a harrowing narrative of the willingness of state machinery to resort to the most egregious violations of personal security and dignity within remit of the criminal justice system. A large number of cases paint a gruesome picture of dismembered bodies, widespread sexual assault, forced starvation and a repeated denial of medical attention. Strikingly, although the documented cases are spread out over a duration of 15 years. Each story seems resoundingly familiar. Individuals are arrested on fictitious or flimsy charges and brutalized at the hand of the system. In the event that they make it out alive, accountability for the injustices committed are rarely forthcoming and challenges to police perpetrated abuse are often silenced either through unwarranted delays in the court system or the threat of further violence outside it.

Torture victims are almost entirely the poor and marginalized in society. The lack of education, wealth, or political connections makes the victim vulnerable. The victim’s ability to resist torture and fight back false charges are minimal, and makes them easy prey in an unjust system.

In effect, our criminal justice system is seen as failing its victims twice while protecting its perpetrators from being held guilty of violating all that is fundamental in our Constitution, leaving us with a traumatized society and shrinking spaces for democracy and deliberation to thrive. The right to be free from torture is fundamental and universal. The United Nations declaration, the Convention against Torture and other Cruel, Inhuman or Degrading Treatment or Punishment, and Sri Lanka’s own Act No. 22 of 1994 clearly recognizes the legal right of an individual to live in a secure environment as a free agent, free from torture. The right to be free from torture deserves our attention because its abrogation threatens to erode the very the fabric of our humanity. The fact that states engage in official torture cannot be doubted – we have heard numerous examples of state perpetrated torture in recent times (China, Nigeria, Pakistan etc.). However, it is important to stress that regardless of the circumstances, all states believe that it is wrong. All that engage in torture vehemently deny it. No state uses ‘sovereignty’ as a justification for the right to torture its own citizens.

It is perhaps unrealistic to assume that we can hope for a society completely free from individual police personnel committing acts of torture. Nevertheless, it is our duty to ensure that while the individual may fail the system. The system does not fail the individual.

As is demonstrated through the documentation of these cases, an unwillingness to implement a witness protection program; arbitrary arrests; disproportionate delays of complaints at court level; the distinct lack of power afforded to the National Human Rights Council to perform under its mandate, together with the ramifications of sweeping political patronage, leaves an already compromised system open for widespread abuse. Consequently, this results in a troubling narrative of (in)-justice that signals that official torture will be tolerated, and even encouraged. Indeed, it is a narrative that has, over time percolated beyond the walls of the prison complex, seeping deep into the mindset of Sri Lankan society at large. As such, since they represent the most visible pillar of the rule of law, the resort to widespread torture among the police force has contributed largely to the displacement of the law’s sanctity from the reality of the lives of ordinary people.

Reform then, lies in the ability to restore the public’s confidence in the law and its consequent ability to safeguard Sri Lankan citizens. A systemic change in how the police interact with individuals in custody, regardless of whether they are innocent or guilty, is likely to delineate and charter a new course for the progression of peace and justice in post-war Sri Lanka.

The narrative of justice told through stories of torture victims is not an academic story of a failing system. It is the story of a human tragedy unfolding in the daily lives of citizens in our country. Torture is a social evil. There cannot be any tolerance limit for its existence. We must embrace the idea of a world that is free of torture. Reading the narratives of victims causes both anger and sympathy. Basil Fernando’s analysis leads us to the absolute necessity for reforms.

We must delink the police from the military institutions. In Sri Lanka the cross cutting ties between the police and the military has resulted in the lines between internal order and external security becoming blurred. This leads to a situation where almost every instance of civil disobedience can be recast as an ‘external threat’ warranting disproportionate use of force. Re-civilize the police force. The recent military attack in Weliweriya on unarmed civilians who asked for clean drinking water could have been avoided if the distinction between policing and military combat was clearer. There must be a screening process of individual police officers on the basis of their ‘human rights record’ and dismissing those officers found to have committed acts of torture or inhuman/degrading treatment. A mere transfer for those found guilty indicates tolerance of wrong doing.

A more professional police force has to be better remunerated to resist the constant pressure to supplement poor incomes. Larger expenditures need to be made in training police personnel on the basis that they are protectors and promoters of the law and justice, as opposed to enforcers of security. Better training will have to be complemented with higher investments in technology and machinery to enhance the probability of prosecutions based on circumstantial evidence rather than confessions elicited by the use of torture.

My comment on the book will be incomplete if I do not comment on the author. I have met Basil Fernando only once. He certainly made an impression on me as a man with a mission. His life was consumed by his passion of fighting for the marginalized, the victims of injustice, and particularly those subject to torture, inhuman and degrading treatment. His commitment to the task has certainly not made him wealthy but has deprived him of friends and relatives, since he has felt unwelcomed in the land of his birth – Sri Lanka. Our country is richer because of people like Basil Fernando, who are idealists pursuing a cause, rather than being paid hirelings working to the agendas of others. His philosophy, his ethics, and his lifestyle stand tall behind his new publication. I strongly recommend the book for those with an open mind in pursuit of an open society – a country where its government will fear its people rather than a people who will fear its government.

Torture: Asian and Global Perspectives (ISSN 2304-134X (print) | ISSN 2304-1458 (online) is a bi-monthly magazine which focuses on torture and its related issues globally. Writers interested in having their research on this subject published, may submit their articles to torturemag@ahrc.asia

INDIA: Stop immediately the threats to Mr. Jiten Yumnam and other Human Rights Defenders in Manipur »