ASIA: Arab Spring turns into military take over in Egypt

Two years after the Arab Spring held the world captive, Egypt again finds itself immersed in turmoil as Egyptians took to the streets on June 30th in a movement to remove Islamist Brotherhood leader Dr. Mohamed Morsi (Morsy according to some sources) from his post as president of the country. The movement was backed by Egypt’s National Army, which issued a statement on July 3rd, 2013 ousting Morsi and claiming that the leadership of the Islamic Brotherhood does not truly represent the interests of the people. Further demands include improvements to economic conditions to help alleviate poverty.

Cairo, a bustling city of over 20 million residents, rarely sees a quiet moment. Since June 30, however, the city has been teeming with protests and occasional violence. The last time the city saw this much action was during the Arab Spring of 2011, which resulted in the removal of President Hosni Mubarak after a thirty year term. After Mubarak’s removal, Mohamed Morsi, a representative of the Islamic Brotherhood Party, was elected as president, and was the first Egyptian president to win a Democratic election.

Upon my arrival on June 27th, it was obvious that Cairo was facing severe shortages of hard infrastructure. Roads were in disrepair, trash was rampant, buildings seemed to be falling apart, and many people were walking along the highway rather than taking public or private transportation. Along the way, I witnessed the victims of a vehicle accident lying on the side of the road, as onlookers stood around, presumably (and hopefully) waiting for emergency medical transportation. The traffic from Cairo International Airport was terrible – a 30 km drive through the city took well over an hour to complete.

The economic situation since the revolution and Mubarak’s subsequent arrest has had severe impacts on the daily lives of Egyptians. Crime has been on the rise, and people fear theft and muggings, especially in the larger cities. People are more likely to stay at home at night, and most women disappear from the streets after dark. Petrol stations frequently face shortages or shut down all together.

One of the most shocking aspects of Cairo was the long queues for petrol — often extending for blocks. The lines at the gas stations were such that drivers (all men) were waiting outside their vehicles, chatting, drinking, and even fighting. These lines could last anywhere from an hour or two to TWO DAYS to fill up a tank. We first took for this to indicate poor gasoline controls, removal of government subsidies on petrol, or perhaps shortage. However, we later learned that the people of Cairo were proactively filling up their tanks to prepare for the protest, just in case an angry government reigned in supply.

On June 30th, the protests-turned-revolution began across Egypt. I happened to be in Luxor, a city on the Nile River about 500 km south of Cairo. We managed to get stuck in the middle of the protests in a taxi as we were carted from Karnak to Luxor Temples. Although it appeared to be just a heavy dose of traffic, we quickly noticed a motorcycle carrying two young men, one of whom was carrying a three foot long rusty metal pipe. We giggled a bit over why on Earth this boy thought it necessary to bring the pipe to a ‘peaceful’ protest — or perhaps he just happened to have it with him?

After the death of a 21 year old American student who was attacked while taking photos and video of the protests in Alexandria, the United States, British, and other governments discouraged against all but essential travel to Egypt for their citizens, in anticipation of potential violence.

Talking with tour guides and taxi drivers, we began to get a better picture of the situation in Egypt. Ayman Abdo, a young tour guide (and anti-Morsi protester) in Luxor, claimed that “tourists are not like before” and that while many sites can reach 90% capacity year round, now it feels closer to 20-25%. Many tour guides are college educated, and impressively speak at least two languages. During times of high tourism, they are well paid, but since 2011, the industry has seen a dramatic decline, causing them to search for other sources of income.

Morsi’s Islamic Brotherhood party quietly takes an anti-tourism stance, because in their view of Islam, they should not be welcoming to foreigners. Tourism development has slowed considerably since Morsi came to power. For example, the new Egyptian Museum being built by the Pyramids at Giza has continued construction but at a slower pace. Morsi’s policies, coupled with international fears following 2011′s revolution, have caused this decrease in tourism; civilians are quick to blame the Islamic Brotherhood for the decline.

The poverty in Egypt was shocking. Egypt was on par with many South Asian countries in terms of poverty and lack of development. The Egyptian people rely heavily on the Nile as a source of water, and have had to dam it in order to provide water to their 82 million people. Access to clean water is still not guaranteed. Trash litters the streets and sidewalks while many people sit around idle, drinking tea at street side stands or smoking sheesha.

Buildings are left unfinished, with the metal construction rods sticking out of the roofs. Presumably the owners do this so as to avoid further hassle in case they decided to build higher in the future, however this leaves Egypt with an ‘unfinished’ and dilapidated feel.

The touts in Egypt were extremely aggressive. Our first run in with them was outside Abu Simbel temples, where we were required to ‘run the gamut’, so to speak, by walking through a shopping area before arriving back at our bus. The harassment almost got to an unbearable level, with multiple touts following a single tourist at one time, all promising ‘good deals for you, my friend’ and ‘best price’ while naming outrageous numbers for the regular made-in-China fare you find in the tourist routes.

Another curiosity was the culture of ‘baksheesh,’ or tipping. We had been warned through reading travel guides that tipping was required in almost every aspect in Egyptian culture. However, I found this to be completely false. Baksheesh appears to only be part of Egyptian-tourist culture.

Egyptians expect to be tipped for just about everything. A cleaner at one of the temples offered to take a photo and then asked for baksheesh. Touts will follow you around temples and other sites; say a few sentences of history or point out a piece of art and then demand money. Not only is it frustrating to be provided what are widely considered ‘free’ services at a cost, but this frustration is further compounded by a national shortage of small bills.

At a 1-7 exchange rate to the American dollar at the time of writing, the lack of small paper money and coins creates huge issues, not only for locals but for well-meaning tourists who are torn between not tipping at all and tipping large amounts. While ₤E100 may be appropriate for tipping tour guides, one will quickly run out of money after tipping the same amount to taxi drivers, baggage boys, bathroom attendants, etc. At one point we tipped ₤E200 to a taxi driver for a fare 1/4 of that price because we had no smaller bills.

A shortage of change means that locals have a harder time selling to tourists. All the small bills we came across were old and ripped, indicating their overuse. After a boy named Mohammed tugged at my heartstrings and convinced me to buy a ‘handmade’ bracelet I didn’t want, he promptly ran off with an extra ₤E10, claiming “gift, gift!” I was quickly mobbed by his friends demanding money, claiming that he had used their money as change. We eventually resorted to using American cash for tipping and making purchases, as this was widely accepted.

Every tour guide emphasized how much they loved Americans. American tourists are friendly, tip well, and are happy to spend money. However, it seemed that the American government couldn’t win at either side of the equation. Morsi supporters didn’t like that Obama had yet to comment on the situation, and that the US government had yet to call the military’s intervention a coup. Anti-Morsi protesters claim that the Obama administration is funding terrorism by supporting Morsi and his Islamic Brotherhood regime. According to one Cairo tour guide, Morsi pardoned several state prisoners connected with Al-Qaeda and other terrorist groups in the Middle East.

While the political problems in Egypt will take much time to sort out, there is a lot of work that can be undertaken in the near future to improve the social and economic situation of Egyptians. Obviously, the first step is to stop the violence. The bloodshed and violent sexual attacks on women are unwarranted and unnecessary. Foreign governments need to hold Egypt’s government and military accountable for their actions. Firing on unarmed citizens is not a model of democracy that should be upheld and it should never be condoned, even in the midst of a revolution.

Despite protestors using a poor economy as one of their rallying points against Mubarak, violence by civilians or military only serves to worsen Egypt’s economic situation, and thereby impact the quality of life of Egyptians. Foreign currency reserves have dropped dramatically in response to the first revolution ousting Mubarak, as well as decreased tourism revenue and collapse in foreign direct investment.

The Central Bank of Egypt needs to address the small currency shortage – either by exchanging larger bills for smaller ones at nationwide banks, or printing and replacing small bills. Small day-to-day transactions are made increasingly difficult if one doesn’t have money. As far as international investment, only political stability will increase investor’s confidence in the market.

It is also the duty of the interim leaders to ensure that Egypt’s judiciary and government sponsored services are carried out as usual. Without proper enforcement of justice, criminals will continue to run rampant. Hundreds of women have reported assault, and the nature of the violent sexual assaults on women in Tahrir is horrendous, with many women requiring surgery. In a recent post in the Guardian, Mona Eltahawy argues that Egypt is in need of a revolution against sexual violence, as many sexual crimes in Egypt are never prosecuted or even acknowledged.

Egypt is facing an uphill battle, and things are likely to get worse before they get better. Poverty, infrastructure, fiscal policy, pollution, and women’s rights are all areas needing a great deal of reform and attention. The greatest challenge facing Egypt’s next generation of leaders is to implement a lasting form of Democracy– one that extends justice to all citizens. 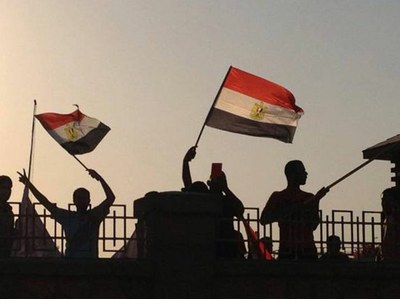 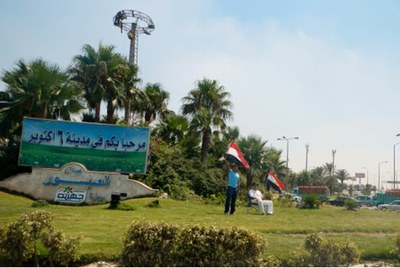 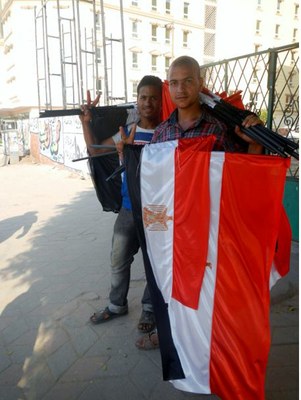 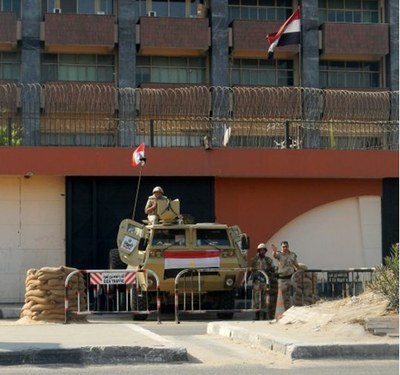 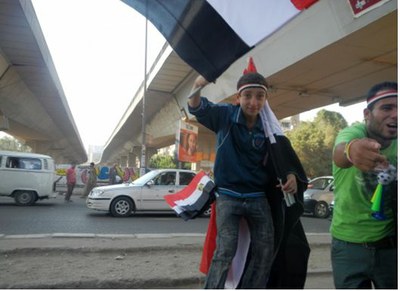 About the author: Meredith McBride is an intern at the Asian Human Rights Commission focusing on India. The author can be contacted at meredith.mcbride@ahrc.asia

PAKISTAN: Ahmadis killed and gravely wounded in attacks; police ask for fictional ‘No Objection Certificate’ to prevent Ahmadis from praying  »