When the high level delegation of Sri Lanka met the UN Committee against Torture (CAT Committee) last week on the 5th Periodic Review, one of the Committee members raised an important issue. The Member asked whether the dysfunctionality of the justice system in Sri Lanka has virtually created a situation of a de facto emergency.

It is worth taking a little time to grasp the meaning of a de facto emergency. 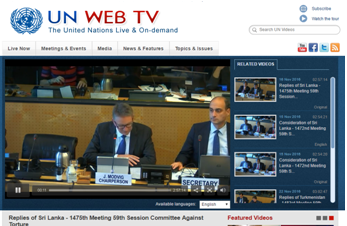 Normally, an emergency would mean the de jure state of emergency, or in other words a legally declared emergency. This is when creating safeguards on people’s rights are being suspended for a specific period due to an extraordinary situation facing a nation. The relevant Article in the International Covenant on Civil and Political Rights (ICCPR), is Article 4 which states the following:

1 . In time of public emergency which threatens the life of the nation and the existence of which is officially proclaimed, the States Parties to the present Covenant may take measures derogating from their obligations under the present Covenant to the extent strictly required by the exigencies of the situation, provided that such measures are not inconsistent with their other obligations under international law and do not involve discrimination solely on the ground of race, colour, sex, language, religion or social origin.

A de facto emergency situation is when there is no such official declaration of emergency but the very crisis in the justice system itself has virtually created a situation where, in effect, there is a suspension of the rights of the people. A simple example from normal day-to-day life would be when a machine is stopped by the order of an authority and all the work carried out by the machinery is stopped. This would be de jure. 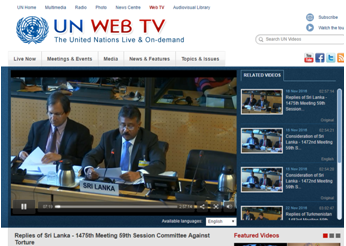 On the other hand, we could say there is a de facto breakdown of services when the machinery is not stopped by anybody but it is so broken that it does not produce the desired result or it in fact creates opposite results. The same can be said of a justice system if the state or the system is so far below the required standards that it does not provide safeguards of people’s rights that a justice system is expected to safeguard, or, in fact, the system itself is as a result creating drastic forms of injustices.

Has the Sri Lankan justice system reached this state of “de facto emergency” or a default state of denial of safeguards of people’s rights due to its malfunctioning? Let us take some familiar examples from actual cases to examine this situation.

Let us take the case that we reported upon recently, wherein inside a Magistrate’s Court a rape victim is asked to ‘settle’ her case for a payment of Rs. 15,000. First of all, rape is a very serious crime and the prescribed punishment, if a person is proven guilty, is 20 years of rigorous imprisonment. Further, being a serious crime, it can only be tried in a High Court. The Criminal Procedure Code clearly states that this is not a compoundable offence. The Magistrate who settled the case in the above-mentioned terms has violated all the basic rules of criminal procedure as well as the fundamental notions of criminal justice. [Please see; “Ministry of Justice has failed to protect the victims of crime” article by Basil Fernando, Ceylon Independent Newspaper, 12th November 2016]

One of the most important principles of criminal justice is proportional punishment, which means that the punishment meted out by the Courts must be proportionate to the gravity of the crime. The plain meaning is that a petty crime should not lead to a punishment of sending a person to imprisonment on the one hand and a serious crime should not be dispensed with a lighter punishment.

This kind of punishment is meant to safeguard the rights of the people not to be subjected to such crimes. The law expects that the punishment should have a deterrent effect. This means it should discourage other persons from committing similar offences. The implication is that if a serious crime is dealt with in a lenient way it would lead to other criminals committing the same crime and thus creating insecurity to the people living in that society.

By allowing the settlement of a rape case for a mere payment of Rs. 15,000 amounts to serious undermining of the people’s moral norms. Moral norms are those which human beings develop as most essential guidelines for their behavior. When moral norms are ignored or undermined, moral behavior of the people in that society are also thus undervalued and undermined. Thus, in the moral codes of all societies, rape is considered a heinous crime and a part of the most despicable moral behavior. The very security of the female population, which is half or more than half in most societies, depends on the appreciation and adherence to avoiding such behavior as rape and other forms of sexual violence.

Undermining of such a moral norm is thus considered uncivilized behavior. If there develops a view that there is no importance to be given to moral and immoral behavior, then such a society has reached its lowest depths. A Court that arrives at a decision such as the settlement mentioned above is thus a contributor to the degeneration of the morals of a society to the lowest possible depths.

Here we see the role of a court turned on its head. The role of the judge and the court and the entire paraphernalia of the exercise of the justice function is turned upside down when a grave offence like rape is treated in this manner.

We could see these same reflections when we consider another instance of a rape – that of a 14 year old girl. This case came up before the Sri Lankan justice system and the system took 17 years to come to a final conclusion that the accused in the case were guilty. Again, the court system has treated such a grave crime in such a trivial manner by delivering is conclusion so late. In doing so, it achieved the same result as the allowing of a settlement as mentioned above. All deterrent effects are lost by such undue delay and moral norms are undermined and immoral behavior is encouraged.

As we well know, prolonged delays are in no way exceptional in Sri Lanka but it consists of the routine. The average time for final adjudication of a case in a High Court is 10 years or more. Thus, it can be asserted that our courts, by prolonged delays, have become agents of encouragement of immoral and criminal behavior.

Close examination would show that the settlement of a rape case for a small sum of money may be a short cut for avoiding prolonged delays in final adjudication of a case. That conclusion is virtual abandonment of the court’s responsibility to exercise its jurisdiction in order to curtail crime by way of a regular and just system of punishments. The logic of replacement of adjudication through “unprincipled settlements” is thus an extremely dangerous policy.

If you take these linkages between unprincipled settlements as a way of getting over adjudication, we see other factors that contribute to this rather dangerous logic. These arguments are based on the excessive workloads of courts. It is said that prosecutors are so overburdened with long accumulated files that they are not in any position to do a proper job regarding any of the cases because their time needs to be shared over a large list of cases.

This means that if time is calculated on the basis of accumulated files there is no time available for the prosecutors to discharge their duties in the manner that their position as prosecutors requires them to do. Thus, the requirements of prosecutor-ship, and the time available to carry out those requirements, are so out of proportion that neglect of the required standards is an inevitable result. The same logic could be brought to the judges who have also to deal with cases on the one hand on the basis of legal and moral norms that should guide a judge, and, on the other, without any kind of a reasonable time within which such norms can be carried out faithfully.
Here we have a supreme absurdity: the logic demanded by adherence to required norms and the available time for doing so is so disproportionate that there could be any kind of reasonable discharge of duties.

Thus, the observation made by the particular member of the CAT Committee is truer than perhaps she would have realised. Would she have had the kind of familiarity an average Sri Lankan has, the entire course of that CAT Committee Session may have taken a different turn.

A simple question needed to be asked of the high level panel: why has your justice system reached this supreme level of absurdity? And another question could have been used for follow-up: in these circumstances do you not realise that the comic play that you have put up before us merely exposes how slavish you have become to a supreme absurdity?