Home / News / CAMBODIA: New NEC is the key problem for the CNRP and CPP

CAMBODIA: New NEC is the key problem for the CNRP and CPP

After almost a year of conflict, the 7-article agreement between the CNRP and the CPP allowed 55 CNRP lawmakers-elect to take their National Assembly seats. Both parties claimed victory.

But not everyone sees the accord in the same light. Mr. Brad Adams, Director of Asia for Human Rights Watch (HRW) sees the deal as terrible because the CPP still controls the National Election Committee, the 2018 election will not be free, fair and just. Khmer researcher Mr. Kem Ley sees CNRP lawmakers in the National Assembly at this time as a CPP tool and a décor for CPP legitimacy. Others are happy with the breakthrough and hope political stability allows for socio-economic development and the people’s opportunity to benefit.

Of the two functions in social theory – manifest function and latent function – the CPP-CNRP form of consent, or the manifest function, reveals the agreement’s success on paper only for the sake of the national interest. Now, take a careful look at the latent function of the consent, especially actions both parties must take to resolve social problems like flood, deforestation, the cries of the people whose lands are taken away by private companies and high ranking officials. Remember that implementation of the 7-point agreement, a long-term process. The stipulated sensitive point on NEC reform by both parties provides me with great concerns and pessimism.

The public, especially the young people, know the problems caused by the July 28, 2013 national election that led to nearly one year of political stalemate: The current NEC, infamous for stealing votes, missing voters’ names; and election fraud and irregularities. The CNRP organized mass street protests that brought together thousands of people from remote and urban areas, and garment workers, to exercise their constitutional rights to demand a fresh election.

The continued mass protests seen by the CPP as likely to cause uncontrollable social turmoil in society, convinced the government to close down Freedom Park for six months, until the deal was reached.

On July 15, a group of people led by CNRP lawmakers-elect showed up at Freedom Park near Wat Phnom to demand it open. Facing aggressive Khan Daun Penh security guards, violence broke out. More than 30 people were injured, two or three seriously wounded, and all 7 CNRP lawmakers-elect were arrested and sent to jail. Opposition leader Mr. Sam Rainsy, who was visiting Europe had to cut short his trip and rushed back to Cambodia to deal with the tense situation. At Phnom Penh airport, he told reporters that there will be negotiations between two parties soon. On July 22, top party leaders met to settle the problem based on common good rather than personal gain.

At the meeting, the leaders of both parties agreed on reforming the NEC, a tool of the CPP for the past four terms. The NEC has caused problems in every election. The government vowed reform by taking advice from the UN and civil societies. But in fact, there was nothing to reform because the CPP can manipulate the NEC at will. The core problem leading to CNRP-CPP conflict has been the NEC. Is the CPP willing to reform the NEC as requested by CNRP?

In Cambodia, views on the politics and on sport are contradictory. Politicians want to win and win; sportsmen accept winning and losing. Khmer politicians embrace a win-win strategy by all means at all cost, not lose power. They embrace Asian values of family nepotism, power, money, and so on. But sportsmen respect the arbitrator; they are willing to accept losing a game. Moreover, in Cambodia, everything seems to contradict what researchers, scholars, intellectuals have suggested: In Cambodia, whether in theory or in practice political considerations are placed ahead of everything else.

The new NEC reform as approved by the CPP and CNRP is political, not a sport. It is agreed the new NEC consists of nine members – four from the CNRP, four from the CPP, and one, an independent person not related to political parties, from a non-governmental organization agreed to by both parties. Some people, including me, from NGOs, believe that a new formula of NEC reform remains a problem in next 2018 election. The road to reform as wanted by the CNRP is bumpy. The people’s voices and concerns are necessary to help push for social change faster toward real democracy in Cambodia. The people must be active.

For 30 years, the ruling party has used the terms “7th January Victory day” to maintain power. The words are very powerful in the mindset of Cambodian people who have suffered untold miseries under the Khmer Rouge. A few days ago, Khmer rouge leaders, Nuon Chea and Khieu Samphon in case 002, were sentenced to life in prison. There are reactions from many people around the world, especially Khmers living in the United States. They feel that the ECCC renders no justice to the victims of the Khmer Rouge because the decision was politically motivated. The Khmer rouge regime is like a movie: There are author, protagonists and antagonists. Who are author, actors and actresses, film starts, and so on, in the Khmer Rouge regime?

Journalist Mr. Theit Sambath told the VOA-Khmer on Aug 12 that it is not fair and just to sentence only a few top leaders of the regime while others are still working in the government and living happily and freely in Cambodia. He pushed for more trials to find justice for Cambodian people and the next generation.

In Cambodia’s history, Cambodians trust a person who makes a promise to do something for them. Leaders who want votes from the people know that making a promise is very effective in obtaining their votes. During the election campaign, political leaders from both parties made a lot of promises. Prime Minister Hun Sen promised that he would resign if the CPP gets less than 60 percent of the votes; and he would cut his head if he cannot prevent illegal logging. Well? Whether the promise is broken or not, Cambodians want to believe those making it.

Now both parties have promised to reform NEC so that a free and fair election in 2018 can occur. Will they fulfill their promise or break it before the eyes of the Cambodian people?

Unfortunately, my thought is tainted by the fear that Khmer politicians will not fulfill their promise and that the problem with the new NEC will continue. 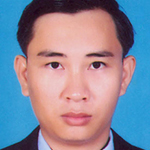 About the author: Phiev Tong Him, M.A. in sociology and anthropology from the Royal University of Phnom Penh, a state school teacher of English and an English academic manager of a Phnom Penh leading private school, aspires to enter Khmer politics. He can be reached at tonghimphiev@yahoo.com