INDIA: Have the judges gone insane?

Insanity is defined as “doing the same thing over and over and expecting different results.” Albert Einstein said this. Applying this definition, to the predicament and expectation of the Supreme Court of India, one may argue that judges in India are at the threshold of being termed ‘insane.’ 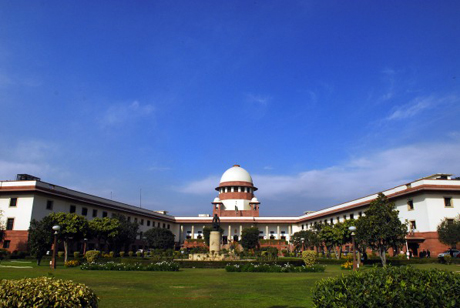 In a criminal writ petition filed in 1996, the Supreme Court of India, in September 2006 said, “[t]his Court cannot further wait for Governments to take suitable steps for police reforms and thus having regard to (i) the gravity of the problem; (ii) the urgent need for preservation and strengthening of [r]ule of [l]aw; (iii) pendency of even this petition for last over ten years; (iv) the fact that various Commissions and Committees have made recommendations on similar lines for introducing reforms in the police set-up in the country; and (v) total uncertainty as to when police reforms would be introduced, there cannot be any further wait, and the stage has come for issue of appropriate directions for immediate compliance so as to be operative till such time a new model Police Act is prepared by the Central Government and/or the State Governments pass the requisite legislations. Since the quality of [c]riminal [j]ustice [s]ystem in the country, to a large extent, depends upon the working of the police force, in larger public interest, it is absolutely necessary to issue the requisite direction …”.

Six years later, in April this year, the Court once again asked the government, what has been done so far, to implement the Court’s directives, in ‘letter and spirit?’ One has to concede, that the ‘letter and spirit’ of the Court’s directives have been ignored largely, and in the states where the directives were partially implemented, it is been done with the clear intention to maintain the status quo. For instance in Kerala state, the police complaints’ authority, a body envisaged in the judgement and directives of the Court, has been constituted, though this new body empowered to accept and adjudicate on complaints against the police, is as good as non-functional, manned by retired police officers and officers who lack a thorough understanding and appreciation of their mandate.

In a state like Kerala, where complaints against the misuse of authority and breach of operational mandates by the police are widespread, the number of complaints upon which the authority has taken affirmative actions is a far too low, as opposed to the large number of complaints it has received. The largest coalition partner of the current political party that rules the state dictates appointments, promotions, and disciplinary actions taken against police officers.

It is in this backdrop, that the Court, a few days before, has reprimanded the Central Bureau of Investigation (CBI) for the CBI consulting the Union Government, before it filed a report to the Court, in the investigation that the CBI is undertaking regarding the corruption scandal, in the allotment of coal mining blocks. The Court in very clear terms was expressing concern about the bias of the CBI and its servitude to the government. This expectation of the Court, that its directives will be followed, concerning independence of institutions, literally and functionally is farfetched, if not sheer insanity. Without any form of administrative or policy level changes brought into the functioning of an institution like the CBI, how could the Court expect the institution to shed its old and well-rooted habits, merely because the Court has, in numerous occasions reprimanded the CBI, for not being independent?

It is equally exaggeration for the Court to expect such performance from state institutions, when the Court itself has done nothing more than issuing directions of manifold nature concerning reforms in investigative processes. For instance in 1996, the Court, while deciding the D. K. Basu case, issued a series of directives to the investigating agencies, as to the procedures to be followed while arresting, detaining and investigating crimes. Some of these directives have been incorporated into the Criminal Procedure Code, 1974 by way of an amendment to this law. Central to these directives and subsequent amendments is the securing of fundamental rights, of a person under investigative custody, most importantly to prevent secret detentions, custodial torture, and the menace of what is known as encounter killings in India.

For the past 10 years, organisations like the Asian Human Rights Commission (AHRC) of which the author is a staff member, and AHRC’s partners in India have been informing the Court, cases that have meticulously documented serious violations of the Court’s directives in the D. K. Basu case. Of these cases, at least 24 of them are of custodial deaths, reported and documented, of persons who have been taken into custody by the state agencies, where at the time of arrest, every single direction of the Court in the D. K. Basu case have been openly negated. I am yet to know about a single case in which the Court has initiated contempt actions against the police officers named. All these cases, issued over a period of ten years, reported from across the country is available at the Urgent Appeals page of the AHRC at www.humanrights.asia

The dual standard of the Court, on applying fundamental principles of human rights and the rule of law, is once again exposed in the manner in which the Court has dealt with the report submitted to it, by a Commission appointed by the Court that has adduced evidence as directed by the Court, in the case filed against the government by an association named “Encounter Killing Victim Families’ Association.” While the Court allowed the report filed by the Commission to be provided to the government, it has refused the same to be provided to the petitioner in the case, the Association, on the erroneous ground that providing the report to the petitioner in the case would run the risk of the petitioner sensationalising the report. What more is sensational and shameful, for a few widows to approach the apex court of the country seeking justice, for their husbands were killed by the state that is constitutionally bound to protect to protect their person and property?

While the Court agreed that all the cases inquired by the Commission, proves the allegation, that innocent civilians have been murdered by the state agencies in Manipur – to quote Court’s own language the state is engaged in ‘executive elimination’ that the Court on several occasions has held as unacceptable and intolerable – it has refused the petitioner in the case to exercise their legitimate and constitutional right to know the contents of a document to which the petitioner is a party, and the responded is of preview and the Court has decided upon. In short, the Supreme Court of India does not follow the constitutional mandate that it is duty bound to uphold, at all means.

When the highest court of the country entertains biased positions, as it suits the Court, or the judges from time to time, what moral standard can it insist upon an agency like the CBI, that is nothing more than a party to a lis before it? Or, is it time to say, that for some judges at the Supreme Court of India, it is time to get back to the constitution, so that they are refreshed about the mandate they are expected to uphold, even if the heaven falls down?

* The author is a lawyer and currently the Interim Executive Director of the Asian Human Rights Commission. The author could be reached at communicationsjp@gmail.com

« BANGLADESH: A massacre of demonstrators

SRI LANKA: Civil Society Condemn the Unlawful Arrest and Detention of Azath Salley and call for his immediate release -117 signed »