Home / News / SRI LANKA: What is the future of a country with zero respect for law enforcement?

SRI LANKA: What is the future of a country with zero respect for law enforcement?

The major problem affecting all Sri Lankans now, and which is likely to affect future generations, is the complete failure of law enforcement and resulting lawlessness. While virtually everyone is aware of this problem, it is not subject to conversation.

For the few who are vocal on matters of public interest, the sole concern seems to be regime change. This is, of course, something any reasonable person would agree with. However, the survival of the regime itself rests on the breakdown of law enforcement in every area of life and on the regime’s capacity to rely on lawlessness in order to guarantee its own survival. 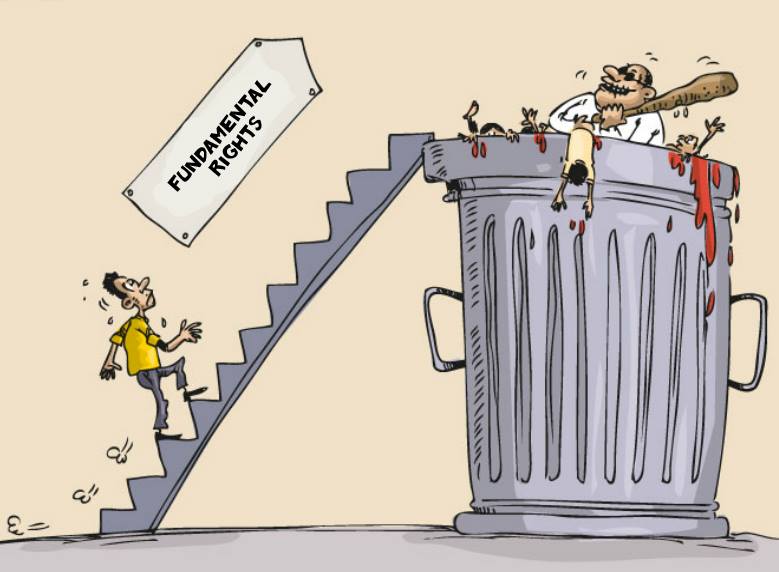 What may be worth reflecting on is the aim achieved by causing the failure of all possible avenues for law enforcement by those who want to prevent any challenge to their power. Generating lawlessness is a political scheme. Like the prevention of the advance of an opposing army by destroying bridges or railway lines, a regime in power can defeat all who wish to oust it from power by ensuring that its opponents have no legal ground to stand on.

Under these circumstances, some may consider that the only option left is to resort to illegality themselves. However, such a strategy can itself play into the hands of a regime that stays in power lawlessly. Such a regime can attack its opponents with ferocity, unrestrained by any legal criteria or limitation. The violence through which the regime achieves its objectives may be horrendous. However, there is nothing that can be achieved by way of retaliation. The lawless regime paralyses all possibilities of investigations and judicial interventions. The more demand there is for investigations and redress, the greater will be the resistance of the lawless regime to such moves.

Lawlessness affects everybody but the people affected most are poor and vulnerable groups. Incomes can be reduced to the point of making survival difficult. Even if real incomes remain the same, lowering of value can be done by various inflationary policies. The poorer the vulnerable groups get, the more that they have to turn to various ‘solutions’, such as borrowing at exorbitant interest. The result is the loss of whatever little property and possessions they have. Through various methods of increasing prices of essential goods, such as milk powder for children or medicine, the poor can be driven to accept the only alternative left, which is death. The more such things happen, the less talk there is about it.
Such things become normal.

Unfortunately, the result is again in favour of the lawless regime. The people’s lack of faith in the opposition political parties generates the reason for the survival of such a regime. It does not exist on its own merit but due to the weaknesses of those supposed to oust it from power.

Thus, the breakdown of law enforcement and the resulting lawlessness is a vicious chain. It goes on and on. It creates more and more misery, more unimaginable evil. By destroying whatever possibilities exist within the law, it can extend its survival.

This has become the modus operandi of survival of many regimes and such regimes learn from each other. The lawless cooperate with the lawless. That is the kind of challenge people face under the present circumstances.

« INDIA: Where even a judge is not safe