Home / News / PHILIPPINES: Negros Island and its people through my eyes (Part 1)

PHILIPPINES: Negros Island and its people through my eyes (Part 1)

My ancestors were of Cebuano origin so I never had any roots with an Ilonggo tribe, whose language is Hiligaynon. 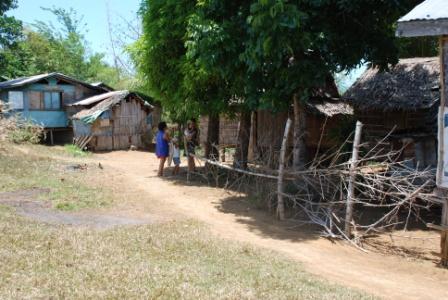 However, they were the people I met on this trip. I tried to find connections between the island, its people and myself during my short stay there, but apart from the similarity of being a Filipino and being able to speak Cebuano, I realised that I was not only a complete stranger to the island but also to many of the Filipinos in my own country. I had little idea of the place and its people.

Spending days talking with and being in the company of the locals in Negros Occidental, I realised my failure in not being been able to comprehend the depth of their suffering and the origins of the conditions of extreme poverty and oppression they have suffered for over half a century. My earlier belief that I had a fairly good understanding of my country’s context had been shaken and challenged. I ended up spending much of my time asking questions of myself, questioning my opinions and trying to find the meaning of my own work and its potential impact on the lives of the local people so that it might be more meaningful for them.

I realised that my perception and understanding of what should happen in a rule of law society had no bearing whatsoever on what the local people experienced on a daily basis. This was my failing, not theirs and I felt sorry for myself until I realised that the very least I could contribute was to share my reflections as to how the local people live their daily lives and what makes the sharp delineation and control of the classes so entirely possible. It is, in fact, the elite who, for over centuries have remained powerful in the island, who make this delineation possible.

Poverty and oppression force the locals to migrate

I have lived and spent most of my adult life in southern Mindanao, one of the over 7,000 islands in the Philippines; however, I am a complete stranger to Negros Island.

It was not until recently that I have begun to realise the reasons why the people from the Negros Island migrated to the southern part of Mindanao Island. My recent visit to Negros strengthened the historical and anecdotal understanding that I have.

For years now the island of Negros had been a place to escape from. Many of those who left the island, including my wife’s father and his siblings, left Negros for Mindanao in the 60s and 70s, because of the extreme poverty. In the years to come they settled in Mindanao and now have their own families and communities. 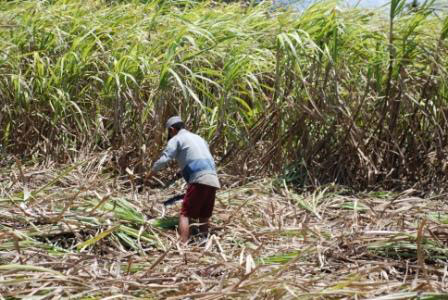 Sugarcane is the island’s primary agricultural produce and Negros is a place known for its vast plantations. It has been supplying sugar as far as Europe and the Americas since the early 1900s when sugarcane production was first introduced to the island. But it is also an island of contrast where the class divide and social control is sharp and clear. There is no pretense of humility on the part of the ruling classes.

One of the reasons why my father-in-law and his neighbors left Negros, the situation of extreme poverty, has not improved since the time they left. Indeed, it was in existence for many years prior to their departure. People growing up in Negros, particularly those in the villages would rather migrate to other places than try to settle there. What is amazing to me is how the people who chose to stay, manage to survive.

The dreams of most children growing up in a village would often be to either move to the island’s so-called ‘urban areas’, like the cities of Bacolod or Dumaguete, to find employment or migrate further afield to places like Metro Manila for the same purpose. Migration from the island is mostly for reasons of poverty, lack of opportunity and with the mindset that perhaps migrating could get them a better future. For the women there is the hope that they will be able to marry a well-off person. Regardless, whether man or woman, the ultimate purpose is getting off the island.

Some are lucky, but most are not.

« SRI LANKA: If Sri Lankan Tamils had an Ambedkar

SRI LANKA: A family is prevented from filing a complaint with police after a woman and child are injured during an illegal arrest »