INDIA: Anatomy of a Pandemic! 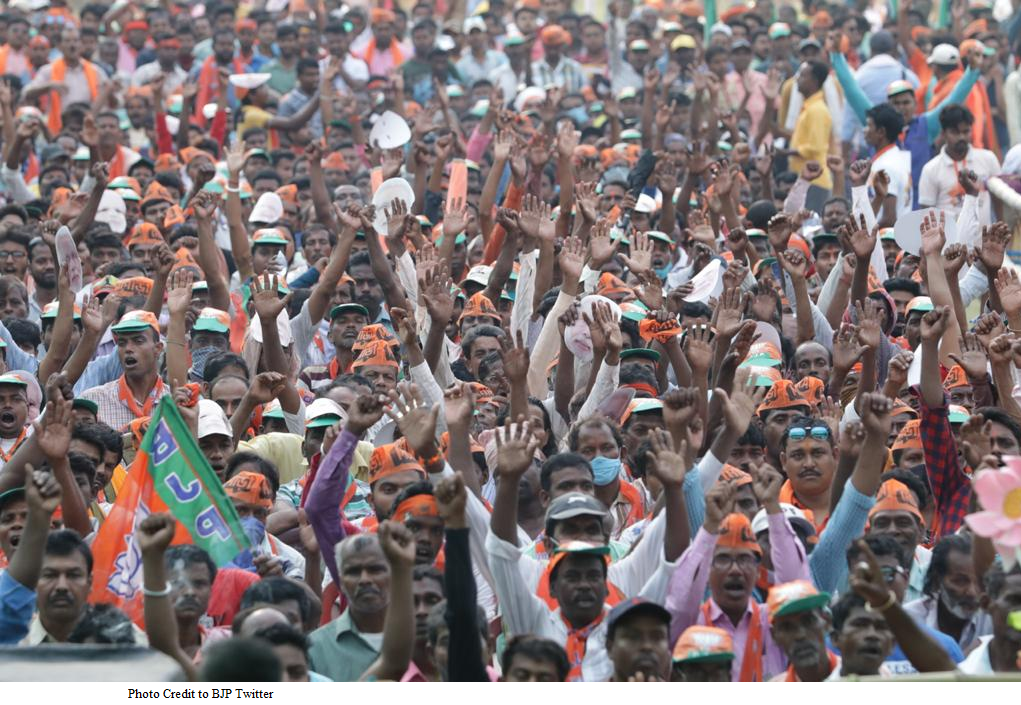 With over 2 lakh (two hundred thousand) new daily cases for almost a week, India is reeling under a second and far more lethal wave of COVID19 pandemic. India reported a record 2.94 lakh cases, second largest daily jump anywhere in the world on Tuesday, April 20, 2021 with a record 2,000 plus deaths. That day also saw hospitals running out of oxygen supplies and patients and their relatives struggling for beds and ventilators. Often ambulances took 8 hours to reach patients to hospitals and got stuck in traffic right in front of the hospitals. This ordeal in many cases was followed by refusal or return from the hospitals as there were no empty beds to admit even critical patients. The day saw people begging for help, medication, oxygen and admissions in hospitals to anyone they thought could help.

That day, as were the previous ones, also witnessed heart wrenching scenes of families of the dead who waited for hours at the crematoriums to perform the final rites as many crematoriums ran short of wood (Hindus, the largest religious group of the country burn their dead).

That day ended with a 20 or so minutes address by the Prime Minister of India to the nation calling upon the citizens to follow all necessary COVID19 protocols. He also asked the youth to form local groups called Yuva Anushasan Samiti (Youth Disciplinary committees) to enforce COVID19 protocols in the neighbourhoods and children, Bal Mitra (Child Friends) to ensure that no one leaves the home unless absolutely necessary.

The irony of such a call bordering on calling youth to form vigilante groups in a country which has witnessed violent attacks even on frontline workers like doctors and paramedics was not lost on many. There was something worse than that, though. The irony of the Prime Minister making such a call on a day he himself had addressed several election rallies attended by thousands without wearing masks and without following any social distancing measures in the poll bound state of West Bengal.

In a way, the irony sums up India’s misplaced and failed response to the pandemic that started with a total denial of the pandemic and irresponsible acts like holding a rally of then US President Donald J Trump in late February despite the pandemic. Union Health Ministry of India was issuing statements such as COVID19 was no medical emergency for India till as late as March 13,2020. The country was also allowing most of the international flights without even a pretence of any screening. India allowed international arrivals till as late as March 25, 2020.

This was followed by a sudden lockdown on March 24,2020 announced by the PM in another televised address giving the people only 4 hours to prepare. It is still unclear who advised him to do so. Anyone having even a little idea of the very high number of urban poor, basically migrant labourers, dependent on daily wages to survive in the country would have advised against it as such a lockdown was only to cause further mayhem. It did so and brought millions of people out on the streets defeating the very purpose of a lockdown.

In fact, from economists to public intellectuals, most of the members of intelligentsia in India warned against any such action without foolproof preparation to rush help- from food to medical aid- to those in need. Lockdowns, in fact, can only work if there is a well-placed infrastructure in place as China showed in Wuhan. It required the government authorities to have all basic supplies that could be rushed to citizens locked in their homes. It requires a deeply entrenched and functioning public health system to stop panic. It requires high level of cooperation among agencies delivering basic amenities like healthcare, food, medicines and so on. India had none of them in place. Horribly, the same seems to be the case a full one year after self-congratulatory messages and almost obscene level of flattery shown by many affiliated with the ruling dispensation.

One can look at the state of affairs in April 2021 alone to gauge the failed, almost criminal response of the authorities in India to the pandemic. As noted earlier, Mr. Modi has held dozens of rallies in West Bengal, Assam, Tamil Nadu and Puducherry for ongoing assembly elections, noting in one in Asansol that he was impressed by the size of the crowd, that he had never seen such a large crowd. He said that on April 17, 2021 the day India had reported 2.34 Lakh new cases and around 1,500 deaths.

Just a few days before that statement, India had also witnessed 31 lakh (3.1 Million) people taking a holy dip in the river Ganges in the holy city of Haridwar in the hilly state of Uttarakhand, on April 13, 2021 with all social distancing norms thrown to dustbin. This came after the baseless claims of Tirath Singh Rawat, the Chief Minister of the state, that taking a holy dip in the Ganges would ensure that no one would be infected with COVID19 thanks to the blessings of Mother Ganges. In another country, such statements would be considered an incitement to people for risking their lives but then, this was in India.

The lack of preparedness for fighting the disease is exposed also by the fact that even as the recent wave soars infecting and killing Indians in droves, the government’s insurance cover of RS 50 Lakh for frontline workers fighting COVID who died on duty lapsed! The government had launched the scheme last year to help the families of frontline workers fighting COVID in case they die in the line of duty, in fact only in case of them dying, and extended it once for Six months. It lapsed because they did not extend it any further. The frontline workers are on their own now.

Same is the fate of may other schemes including Aarogya Setu App, train coaches converted into COVID isolation wards, stadiums turned into open air COVID hospitals and so on. They were all launched with huge fanfare. No one seems to talk about them anymore.

In this series, I would attempt to understand, and explain, the anatomy of the pandemic and why and how it reached where it did.

About the Author: Mr. Avinash Pandey, alias Samar is Programme Coordinator, Right to
Food Programme, AHRC. He can be contacted at avinash.pandey@ahrc.asia.

« INDONESIA: Long Journey of the Work of AHRC Empowering and Inspiring

SRI LANKA: The Promise of Justice for Easter Sunday Massacre Is A Big Lie »