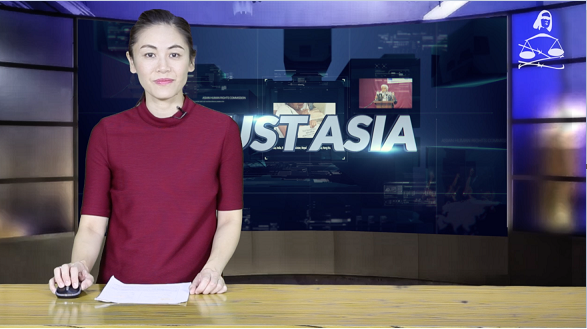 This week Just Asia begins with Indonesia, where female recruits for the police and military continue to face ‘virginity tests’. These tests were banned by the World Health Organization in 2014, saying they have no scientific basis. Human Rights Watch is calling on President Joko Widodo to order Indonesia’s police chief and armed forces commander to immediately stop these tests. Just Asia speaks to Mr. Andreas Harsano, an Indonesian researcher with Human Rights Watch, for further information.

Moving to Vietnam, 22-year-old Nguyen Van Hoa was sentenced to seven years in prison on Monday, for posting reports on one of the country’s largest environmental disasters. Hoa was found guilty of ‘spreading anti-state propaganda’, referring to his videos and reports on a toxic spill that devastated the coast of central Vietnam, killing marine life and sickening people along a 120-mile stretch of coastline.

In Pakistan, the past couple of months have seen a spike in attacks on journalists and media houses. During the recent 22 days sit-in by a fundamentalist Muslim group in Islamabad, three journalists were severely injured, while several media houses were attacked. Meanwhile, more than a dozen towns and cities in Balochistan are without newspapers at present; journalists are too scared to produce them, and vendors are too afraid to sell them.

Next, Cambodian Prime Minister Hun Sen has called for the interior ministry to investigate and shut the Cambodian Center for Human Rights, a leading human rights group. In a speech to garment workers on November 26, Hun Sen said, “The Center for Human Rights in Phnom Penh must be closed down, because this one does what it’s told by foreigners.” In recent months, ahead of next year’s elections, the Cambodian government has engaged in an intensified crackdown against the political opposition, the independent media, and human rights groups.

In Indonesia, new commissioners have been recently appointed to the National Commission on Human Rights. The Parliament selected seven commissioners from over 60 candidates for the next five year period of 2017 – 2021. According to Indonesian activists, it is high time the government amends the law and strengthens the role and function of the Commission. Besides investigation, the Commission should have a prosecutorial role, enabling it to directly present to the human rights court like Indonesia’s Corruption Eradication Commission.

In India, the Supreme Court finally listened to what Hadiya, the young woman caught up in a legal storm, had to say about her conversion to Islam and her marriage to a Muslim. After speaking to Hadiya, the Supreme Court removed her from her parents’ custody, and said she could resume her medical studies in Tamil Nadu under the guardianship of her college dean.

The next hearing in the case will be held in late January 2018.

« PAKISTAN: The last nail in the coffin of democracy