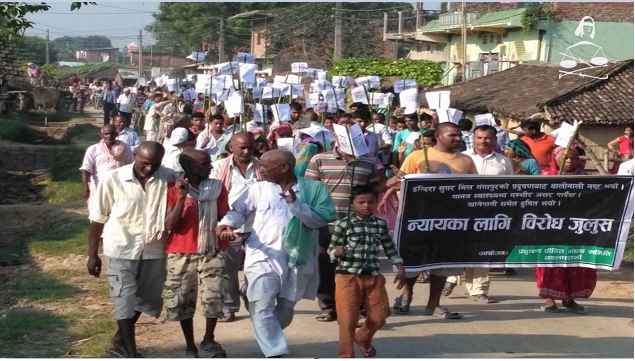 Just Asia begins this week the detention of Hong Kong student activist Joshua Wong at Bangkok airport, for being a threat to Thailand’s national security. Invited to give a talk at Chulalongkorn University, Joshua was barred from entering the country by immigration officials. According to the Thai Deputy Police Commissioner, Joshua’s detention was purely a judgment of Thailand’s Immigration Office. This contradicts previous reports that Thai authorities detained the activist and sent him back to Hong Kong at the request of the Chinese government.

Moving to Pakistan, disappearances and extrajudicial killings of youth in Balochistan province for opposing the China Pakistan Economic Corridor (CPEC) are ongoing. The Corridor is a huge highway being constructed by China with an investment of Rupees 47 billion. The ages of the disappeared and dead range from 16 to 22 years, including two student leaders and one footballer, who is accused of gathering crowds through football matches.

Next, Nepali farmers of Nawalparasi District are protesting the local alcohol production by Indira Sugars and Agro Industries. The company used to produce sugar initially, but when it started producing alcohol, the local environment started degrading. The quality of air and water has been affected by the chemicals used, affecting farmers’ health as well as thousands of acres of paddy, sugarcane, and banana farmland. Children and elderly started showing different skin diseases after using water from the local water sources.

Indonesia continues to face violations of the right to peaceful assembly and freedom of opinion, which largely go unpunished. Most recently, the security forces dispersed a peaceful public discussion in East Java organized by the Association of Indonesian Students Press on September 29. The topic of discussion was Marxism and the 1965-1966 Massacre. The security forces, along with vigilante groups, forcibly dispersed the discussion, and intimidated the participants and resource persons. Eighteen years of political reform since Suharto stepped down in 1998 has resulted in nothing for Indonesian transitional justice.

PAKISTAN: Call for judicial inquiry into killing of engineer in fake police encounter »