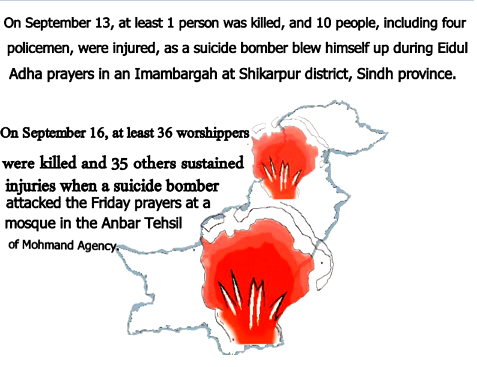 Despite several conventions, laws, and constitutional guarantees in place, there is grave impunity and State apathy to incidences of discrimination against religious minorities, particularly the Shias.

The impunity afforded to those who enforce radical Islamic ideologies only serves to encourage the spread of prejudice and violence consuming Pakistan today.

In 2015, 58 incidents of sectarian violence were reported from across Pakistan. All were sectarian-related terrorist attacks. Hundreds of people lost their lives and many more were injured in faith-based attacks against religious and sectarian minorities.

As a result, several thousand citizens from religious minority communities are reported to have left the country over the last few years on account of faith-based violence, discrimination, and persecution.

The government should ensure the security of the country’s religious minorities from injustice and attacks by militants. The State must wake up to the fact that a fractured society cannot prosper. A State that is unjust and biased against its marginalized and vulnerable shall forever remain divided.