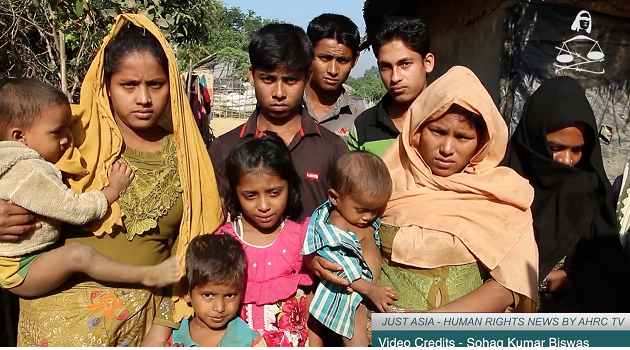 This week Just Asia begins with Amnesty International’s annual report, highlighting a worldwide worsening of human rights. Released last Thursday, the report covers 159 countries. It claims that world leaders are increasingly “undermining the rights of millions,” either by turning a blind eye to rights abuses, or by perpetrating them. The ‘epicenter of human tragedy’ this year according to the report, is Burma’s treatment of the Rohingya.

Next, satellite imagery shows Burmese authorities have bulldozed at least 55 Rohingya villages in northern Rakhine in recent months, Human Rights Watch said last week. The clearing out of all structures and vegetation with heavy machinery is seen as the government’s attempt to erase evidence of atrocities, as well as erasing all Rohingya ancestral ties.

In India, a horrific car accident mowed down nine school children, as they were crossing the highway in Bihar on Saturday. The vehicle belonged to BJP leader Manoj Baitha, who has now surrendered to the police, and has been suspended from his political party. This case highlights India’s grossly lacking facilities for pedestrians, especially on highways that cut through villages and towns.

Moving to Sri Lanka, the UN High Commissioner of Human Rights noted in his report this year the ease with which Sri Lanka has agreed to and then ignored, whatever requests the Human Rights Council has made. According to Basil Fernando, Director of Policy and Program Development at the AHRC, making promises and then ignoring them is Sri Lanka’s idea of good governance. In particular, the promises made to improve the country’s human rights situation are simply unrealizable, given the dysfunctional nature of Sri Lanka’s legal system. Just Asia speaks to Mr. Fernando for further information.

Next, the Indonesian government has recently agreed to strengthen cooperation between the Military and the Police. The agreement includes handling protests, labour strikes, riots, social conflict, securing citizens and/or government activities that have potential conflict, and other situations that need assistance in accordance with the law. This agreement will serve to strengthen militarism in the country, and is in fact against the elimination of the military’s dual function, achieved through 20 years of political reform after dictator Suharto stepped down in 1998.

Lastly, the Thai military has once again filed charges against participants in a pro-election rally in Thailand’s northern province of Chiang Mai, for violating the junta’s ban on public assembly. Six of the participants will report to the Chiang Mai Police Station on March 5.