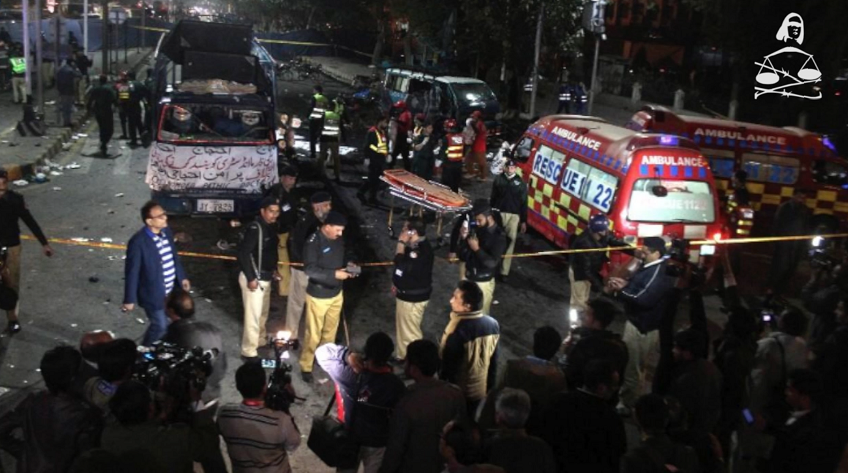 This week Just Asia begins with Pakistan, where two blasts occurred outside a court in Charsadda, Khyber-Pakhtunkhwa province on Monday. At least eight people were killed and 20 injured in the attack. Since the beginning of 2017, Pakistan has witnessed an unprecedented spike in violence, with 20 terrorist attacks claiming the lives of more than 280 civilians and 32 security officials. There is panic in the country as the authorities are discouraging people from visiting public places due to fears of violence. The government’s counterterrorism strategy has been inept, allowing banned groups to remerge, individuals on international terrorist lists to operate freely, and ignoring the funding of these groups from radical Sunni Muslim charities in Saudi Arabia and other Gulf states.

In Thailand, three human rights defenders petitioned the Pattani Public Prosecutor for justice on Tuesday. Mr.Somchai Homla-or, Ms.Pornpen Khongkachonkiet, and Ms.Anchana Heemmina demanded the public prosecutor to uphold human rights and to make decisions regarding prosecution based on case merits. The petition was in response to a legal action against the three defenders for criminal defamation and violation of the Computer Crimes Act of 2007, brought by the Thai military’s Internal Security Operations Command Region 4 (ISOC Region 4).

In the Philippines, thousands of Catholics gathered on February 18, for a “show of force” in the biggest rally yet to stop extrajudicial killings in President Rodrigo Duterte’s drug war. Called the “Walk for Life”, the event gathered 20,000 people according to the organisers. Although the Church had initially declined to speak against the drug war, as the death toll of mostly poor people mounted, it began late last year to call for the killings to end. More than 6,000 people have died since Duterte took office seven months ago.

Moving to Burma, several international NGOs including Amnesty International and Burma Task Force, have written a joint letter to UN Secretary General Antonio Guterres regarding the deteriorating situation faced by the country’s Rohingya minority. In particular, the letter calls for the UN chief to engage with the Burmese government and military leaders to investigate abuses, as well as discuss how to end the institutional discrimination against the Rohingya.

Jakarta held the first round of a public election to elect the city’s governor and vice governor on February 15. With one of the candidates, Mr. Basuki Tjahaja Purnama coming from the Christian Chinese minority, the election campaign has seen much racism and hate speech. The Indonesian government has no clear policy against religious hatred, while conflict between hardliner groups and minority religions has been a serious issue in the last decade. The second round of elections will take place in April, and it is hoped that rather than religion, the focus will be on the candidates’ abilities and their visions for Jakarta.

« PAKISTAN: Government operates against secular elements in Sindh instead of curbing terrorism

WORLD: ALRC urges the Danish government an expansion in the policy on the elimination of torture and ill-treatment, to include the development of understandings about the primitive nature of criminal justice institutions in the developing nations. »