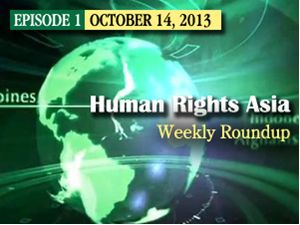 The bulletin can be watched online at www.humanrights.asia

The AHRC welcomes human rights news feeds to be considered for the weekly news bulletin, and suggestions to improve the news channel.

For further information and comments, please write to, media@ahrc.asia

« PAKISTAN: Persecution of Ahmadis in September 2013

PAKISTAN: A reference against three judges of the Supreme Court has been filed before the Supreme Judicial Council  »