Home / News / AHRC TV: Bloggers disappear in Pakistan after raising voice against abuse and other stories in JUST ASIA, Episode 154

AHRC TV: Bloggers disappear in Pakistan after raising voice against abuse and other stories in JUST ASIA, Episode 154 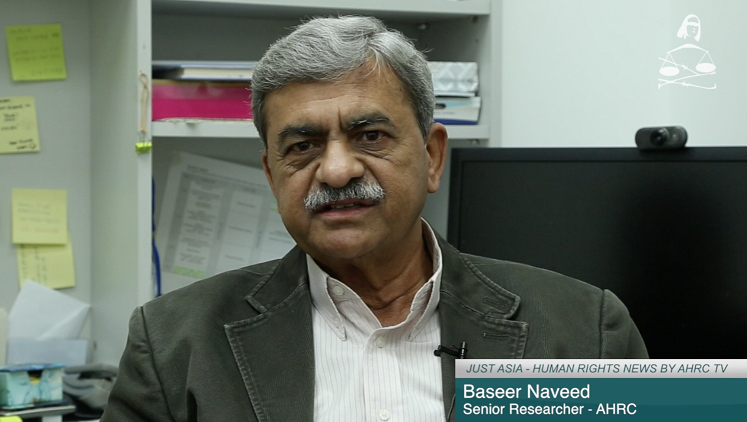 This week Just Asia begins with Pakistan, where at least 14 bloggers have disappeared since the beginning of January. The government started off 2017 with a crack-down on human rights defenders and bloggers raising their voices on disappearances and extrajudicial killings, particularly in Balochistan. The security establishment there is very sensitive to the construction of the China PakistanEconomic Corridor, starting from Gwadar port, Balochistan. Just Asia interviews Baseer Naveed, senior researcher at AHRC, for his thoughts.

Next, a Sri Lankan court sentenced five police officers to death Monday, for killing a youth in police custody three years ago. Although Sri Lankan courts give the death penalty in serious crimes such as murder, rape and drug trafficking, no executions have been carried out since 1976 and most of the death penalties are commuted to life sentences.

Rohingya refugees in Bangladesh have shared horrific experiences in the last few days of how they fled their homes in Burma. These stories align with human rights groups’ reports of military atrocities in the northern state of Rakhine. Although the military claims it was carrying out a counter-insurgency operation, this was vastly exaggerated, as most Rohingya are not militant. According to the International Crisis Group, the emergence of a small group of militant Rohingya however, is a concern. Its existence could worsen the tense country situation, as well as form links with transnational jihadist organizations.

In Nepal, Dalit women are one of the most marginalized sectors of society, suffering from multiple disadvantages. The painful story of Ms. Sita BK, 48, is representative of the struggles faced by most Dalit women. Sita was raped by a high caste man. When she became pregnant, the man gave her to Mr. Ganga Bahadur BK, an old man from the Dalit community, with NPR 60,000. She later had three daughters with Ganga Bahadur. Ganga Bahadur registered the births of all the children except for the first son, Gopal. Ms. Sita shares her plight in a program organized by the Jagaran Media Center in Nepal.