NEPAL: Continued denial of justice for crimes relating to torture and ill-treatment – An independent mechanism needed to ensure prompt, thorough and effective investigations

Moreover, the impact of the ongoing COVID-19 pandemic on vulnerable groups, including detainees as well the victims of torture, has been enormous. Human rights organisations have documented increased cases of illegal detention because of the limited capacity of courts to scrutinize the legality of detention and lack of access for detainees to family members and lawyers. As a result of limited access to regular health care, the dire financial situation and rising uncertainty, the psychosocial health and well being of victims of torture have further deteriorated.

The 1996 Torture Compensation Act (TCA), the first ever law relating to torture in Nepal, falls far short of international standards. Victims who resorted to this Act have not obtained justice due to its highly restrictive and flawed provisions. The criminalization of torture through the penal code 2017 was a welcome step that raised some hopes for justice. However the fact that not a single case of torture has been successfully prosecuted under this Penal Code continues to cast doubt on Nepal’s commitment to end torture and impunity in relation to torture. Prosecuting authorities often refuse to register First Information Reports (FIRs) on the allegations of torture or other ill-treatment against police officials in an attempt to protect their own colleagues.

As the past several decades have shown, the Nepal police refuse to self-police. Cognisant of the impunity for human rights violations committed by the security forces, the Supreme Court has recently ordered the Government to establish and independent mechanism to investigate and prosecute violations committed by the police. Thus, undersigned organisations call on the authorities to:

– Establish an independent mechanisms to ensure investigation and prosecution of all acts of torture;
– Ensure victims’ right to an effective remedy;
– Ratify the Optional Protocol to the Convention against Torture and Other Cruel, Inhuman or Degrading Treatment or Punishment; and
– Stop using Covid-19 as a justification to illegally detain, inflict torture or ill-treat people. 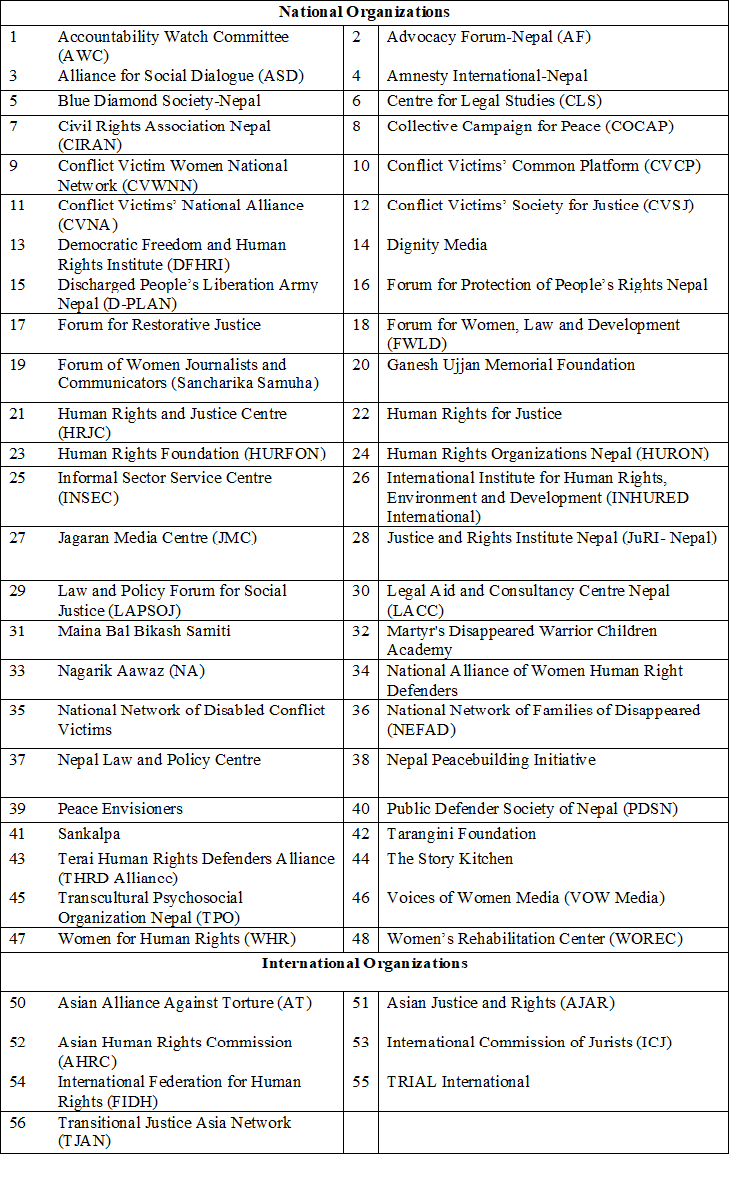