INDONESIA: Attacks on workers are attacks on democracy — labour activist 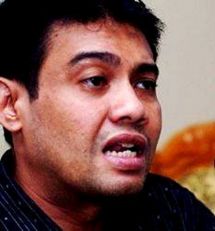 Can you tell us about the recent national labour strike and protest in Indonesia? What are the demands of the workers?

On the 31st of October and the 1st of November 2013, the Consolidated National Movement of Labour (Konsolidasi Nasional Gerakan Buruh, KNGB) held a national strike across Indonesia. It was planned that the strike would take place in 20 provinces but at the end it happened only in 17 provinces. It was also planned that the strike would be held in 110 cities and regencies but at the end it was held in 100 cities and regencies. There were 1.5 million workers participating in the strike — slightly less than what was expected.

We were calling for five demands: the first one was the 50% increase of our minimum wage nationally. Using 84 items to determine the official decent living standards (Kebutuhan Hidup Layak, KHL), we are demanding the minimum salary to be IDR 3,700,000 for workers in Jakarta. Our calculation is different from those of the government and the companies’, who only take into account 60 KHL items.

The second demand was calling for the implementation of national health security without exception on 1 January 2014 instead of gradual implementation by 2019. The laws on the National Social Security System (SJSN) and Social Security Providers (BPJS) have mandated that, by 1 January 2014, everyone shall enjoy health security. If the national health security is to be implemented gradually until 2019, it is likely that on 1 January 2014, there will be 10.3 million Indonesians in poverty who will be dismissed should they come to the hospital for medical treatment. This is because the government has decided that they will provide health security only for 86.,4 million individuals whereas actually – according to the National Team for Poverty Eradication (PNP2K) – the security is needed for 97.6 million people. So there is a difference of 10.3 million and those people will absolutely be dismissed by the hospitals if they come on 1 January 2014 for medical treatment.

Our third demand was for the abolition of outsourcing, in accordance with the Regulation of the Manpower Minister No. 19 Year 2012 which only allows five types of supporting jobs to be outsourced.  These five types of supporting jobs are catering, security, cleaning service, driver and supporting service for oil and mining jobs. Outsourcing in the state-owned enterprises should also be abolished as almost 80% of those enterprises are still not in compliance with the Minister Regulation.

Lastly our fifth demand is the annulment of Mass Organisation law which we believe may infringe on the freedom of association and assembly.

How has the government respond to these demands?

The national strike resulted in good and bad news. The good news is that in several areas, the local governments have promised the labour representatives that they will increase the minimum wage between 30-40%. For example, in Bekasi the increase is promised to be around 30% and in Surabaya it will be around 30-40%. However the bad news is that the Governor of Jakarta, Joko Widodo, decided to only increase the minimum wage no more than 9%. He is in favour of cheap labour, a supporter of the market, and not in favour of the people. I am saying this because the 9% increase and the newly decided Regional Minimum Wage (UMP), which is only IDR 2,441,000, are not realistic and irrational. We, workers, have been accused of demanding something irrational when actually the Governor’s decision is way more irrational. From the IDR 2,441,000 wage, a worker will have to spend IDR 600,000 on rent and around IDR 500,000 on transportation each month. For meals, a worker usually will spend IDR 9,000 for breakfast, IDR 12,000 for lunch and 12,000 for dinner – it is IDR 33,000 a day. This means in a month they will have to spend around IDR 990,000 for meals only. At the end of the month, therefore, they will only have IDR 300,000 or around USD 30! How can they send their children to school, pay their motorbike instalments, buying clothes or do other things? This is simply irrational. So this is the bad news.

What is worse is that, our peaceful and legal protest was attacked by paid thugs. There are 28 workers in Bekasi and Karawang who were slashed and attacked. Seventeen of them were severely injured and are hospitalised in Kosana Medika in Cikarang. Three of the seventeen are in critical condition. One of them, Rohmat, is in the ICU at the moment because his head was axed so that his skull was broken and the bone shards got stuck in his brain. The treatment cost is over IDR 400 million. Another worker, Ali Nurdin, was dragged by a motorbike for about 100 metres by the thugs and now he vomits blood every three hours. The third person who is in critical condition is Wawan who was stabbed in his stomach.

These three people are only workers whose wages are only slightly above the minimum wage. They were fighting for their rights but they were attacked by thugs who allegedly were paid by ‘black companies’. The police also let this happened. They let the thugs carried weapons, kill, stab and slash the workers. This is a tragedy for humanity. Democracy in Indonesia is under threat as the ‘black companies’ have allied with thugs who killed and attacked the workers.

Who are these ‘black companies’ you were referring to?

‘Black companies’ are those who support cheap labour, always refuse to pay wages adequately, use outsourced labours when they are not supposed to, or those who do not want to provide pensions. Included in the list are also those who do not provide protection for domestic workers. They are all encouraged by the Indonesian Employers Association (APINDO). They are the advocates of cheap labours. As I said earlier, is it possible to live adequately with only IDR 300,000 in Jakarta? In Bangkok, the minimum wage for 2013 is equal to IDR 2,800,000 and in Manila it is equal to IDR 3,200,000.

Jakarta and the areas that surround it instead, can be the place for capital intensive industries that have the capacity to pay better or higher minimum wage. The claim that all companies will leave if the minimum wage is quite high is, therefore, not right. We have not received any reports claiming that there is a company which left right after the local government in Jakarta decided to raise the minimum salary to IDR 2.2 million.

What was the response from APINDO?

The APINDO has always been in favour of cheap labour, refusing to give pensions and giving limited health security. It is difficult to convince them to agree to our demands. What we were actually hoping is that the government can take a balanced decision. We understand and agree that they need to take into consideration the difficulties based by the companies and that it is important to ensure that investment is coming to Indonesia. Yet at the same time, the government, including the Governor of Jakarta Joko Widodo, should not endorse cheap labour. It is not realistic to pay the labour only with IDR 2.4 million a month. It is a lie if they say the workers do not want to compromise. Indeed, we asked for an IDR 3.7 million minimum wage for workers in Jakarta. However, in formal meetings we have compromised and mentioned that, for an adequate life, IDR 2.6 million is needed. From that amount then we decide the minimum wage. Added with inflation and 2014 economy growth in Jakarta then we got the final number which is around IDR 3 million. We have also compromised by not using 84 KHL items but only 60. We, however, based our calculation on 2014 KHL, not the 2013 one as used by the government. The logic is simple — if we are going to decide the minimum wage for 2014 then of course we should use the 2014 KHL. But what is happening now is that the 2014 minimum wage decided by the Jakarta Governor is based on 2013 KHL. This is unfair. We are living in the future yet somehow the calculation for our wage is using last year’s standard! The responses from APINDO and the governor of Jakarta to our demand on a minimum wage are therefore negative. As for our other demands, there have been no responses. Yet we will keep fighting as we believe what we are fighting for is guaranteed by the laws.

Let us get back to what you said earlier about how the police let the attack against workers happen — what did you mean by that?

An investigation held by the Commission for the Disappeared and the Victims of Violence (KontraS), Jakarta Legal Aid Institute (LBH Jakarta) and the legal aid institute in my organisation found that the attack was systemised. The attackers were prepared for that. A few days prior to the national strike, there had been pressures and terrors. The thugs were carrying machetes, axes, swords and big wooden blocks. They were marching in front of the police; it was prior to the day when national strike took place.

In fact, according to the investigation conducted by these groups, the Chief of Bekasi District Police as well as the local consultative forum (Muspida) were facilitating the people to reject the national strike. For this reason, we are demanding for the dismissal of the Chief of Bekasi District Police. It only happened in Bekasi, that the thugs were allowed to slash other people’s heads. The victim was only having breakfast — he was not even protesting yet! What happened was that a group of thugs got inside the factory, slashed and axed people’s head to the point that the victim’s skull is broken. This is barbaric! And dragging a worker with a motorbike on the top of a hot road that he is suffering from concussion and keeps vomiting blood every three hours even until today! This is a barbaric omission. Our democracy is one that is under the threat of violence and crimes. The Bekasi District Police let this happened and did not do anything afterwards.

Have you or the family of the victims reported the attack to the police? If so, did it result in anything at all? What is your expectation?

We give our appreciation to the Deputy Chief of Jakarta Metropolitan Police. He reacted rightly by ordering his subordinates to arrest the perpetrators. If I am not mistaken the latest update is that there were 10 people arrested. We appreciate the Deputy Chief as well as the Chief for taking prompt action. Yet they should not only stop there. The complaint we submitted along with KontraS and LBH Jakarta to Jakarta Metropolitan Police was also to ensure that the intellectual actors such as the Chief of Bekasi District as well as the Muspida have to be held responsible too. The intellectual actors under the Waste Companies Association who allegedly have funded the violent attacks should also be held responsible. It is not possible for the thugs to do this unless somebody asked them to. We have reported these intellectual actors with the hope that the police will take legal action against them.

« CAMBODIA: The world we created