Home / PHILIPPINES: Torture victims speak out — “I don’t mind going hungry. All I need is my husband” Interview 10

PHILIPPINES: Torture victims speak out — “I don’t mind going hungry. All I need is my husband” Interview 10

An interview with a Hadji Noria Salipada, wife of torture victim Alex Salipada, published by the Asian Human Rights Commission

OVERVIEW: In this tenth interview, Hadji Noria Salipada, the wife of torture victim Alex Salipada, talks about how difficult it was for her and her family to look for her husband after the police deliberately hid him from them. While being tortured in captivity, it was only Alex’s thoughts of his three children that kept him alive.

Interview 10: “I don’t mind going hungry. All I need is my husband“ 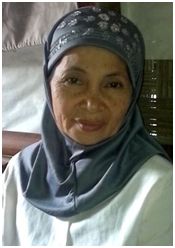 I am Hadji Noria Salipada, residing at Barangay (village) Fatima, General Santos City. My husband’s name is Alex Salipada. I want to ask help for my husband. He is incarcerated and I want him to be free. He is innocent. I don’t know why he is arrested. On June 20, 2005 at 5pm he was arrested in our house. He was picked up and taken inside a white pick-up without plate number. When I arrived from collecting money from our neighbours who borrowed money from us, I saw my children crying.

My (children are) eldest is Said Salipada, then, Sofana Salipada and Samsia Salipada. When I arrived in our house my children are crying, they were still young at that time. They were crying outside our house. My children told me. “Mother, father was arrested by people“. They were in civilian clothes. He was placed in a pick-up truck without a plate number. He was carried in a truck without back cover. I told them “Is there a truck without cover?” Then they told me, “Yes, mother.” Then, I asked my neighbours if they notice the incident. One of my neighbours noticed a white van without a plate number. I looked for my husband and I kept on asking. I went to the police station near us. The police told me they didn’t notice the white pick-up. For nine consecutive days, I kept on coming back. A policeman told me to go to Camp Lira, I asked him where is it. He told me it is in the barracks, and I have to look for Turoktukon City Director.

I kept on asking Mr. Wilfredo Toroctocon who told me he doesn’t know. I went to different detention places to look for my husband. I don’t know what my husband’s fault is. But I kept looking for him, maybe he is still alive. I told Mr. Toroctocon they should show me my husband. He told me to go home. It is about 5pm. I don’t like to go home. I want to see my husband. He told me: “go home you did not eat the whole day“. I told him “Sir, I don’t mind going hungry. All I need is my husband because it is difficult for me. My three children are sick because they kept on looking for their father.” And then he told me again to go home.

It is around 10pm and raining hard. When I saw again my husband, his eyes were blindfolded. When he saw me he cried. He embraced me. He was asking for apology and told me he has no fault. I asked him why are you asking for apology? I kept on looking for you. I don’t know what would be the charges will be filed on him, I thought he was dead already.

He told me, whatever you see in my body don’t tell anyone. I asked him why, he told me they were warned that if they told his wife they will kill her. I asked him to tell me. He told me what they did to him. According to Alex he was taken from our house blindfolded, handcuffed and gagged. He was carried and placed at the corner of a pick-up white truck without a plate number.

He was brought to a place and tortured. He was asking to admit a crime that he didn’t commit. And then no warrant arrest was showed to him. He does not know the perpetrators because his eyes were blindfolded. He was beaten up even his stomach and resulted to vomit blood. Lots of things were done to him. He was force to admit a crime. A wet face towel was place inside his mouth.

Then he was turn upside down in a drum in a CR. He lost consciousness for almost an hour. Whenever he moves his head, they will be place into the drum. After that he woke up and thought of his young children that he left in their house. Maybe that’s why Allah helps him to live.

And then he was asked to admit a crime, he told me: “Why would he admit it I didn’t do anything wrong? He was a labourer at the fish port. He didn’t do anything, he is a good person but because (those who arrested him) are policemen he was forced to admit the charges. He was thinking of his young children. He admitted to the crime but he did not commit it. Lots of things were done to him. I even saw his feet and hands with blood at Camp Lira.

His cheek was bruised because he was tied. His chest and ribs cage were swelling. His feet and body have bruises because he was beaten up. And then when he was with Toroctocon I saw his body full of bruises. He was complaining about his rib cage. He asked for money to buy medicine. I went to a Maranao (an ethnic tribe) policeman and told him to go to jail because my husband is asking for medicine.

A: The police said they undergo medical but I don’t know where. We were not used about following up. I was only thinking of my children. I am thinking why was he arrested? He is innocent. My mind is blank. I didn’t think to go to clinic because they told me they already went.

Q: What do you want us to do in Alex’s case?

A: I want you to help us so my husband will be released because my children were suffering. I am the only one working for eight years. I pity my children because sometimes I can’t give them anything for school that’s why they are crying.

When they are crying, I am also crying. I pity them. I really want to send to school even we are poor, I want them to study. I want my husband to be released. We need him. I’m not lying. I am a Hadji. My husband is an Imam. He doesn’t have vices. Sometimes I am asking myself why did this happen to us? We are kind individuals. My husband is a kind hearted person. We praise Allah. I don’t know why this trial is given to us. I hope he will be released soon because we need him. We are having hard time.

Q: What can you say about the case in Regional Trial Court Br35 that will transfer in Manila, what do you feel about that?

A: When I heard about transferring in Manila I can’t speak. It’s like my head is full. I want him to stay here. How can we go to Manila to visit him, it is difficult for us to buy one kilo of rice how much more the fare to Manila. We want him to say here because sometimes we have extra money we can visit him. I am worried about my husband because he is hypertensive. He might have an attack and die.

The views shared in this interview do not necessarily reflect those of the AHRC, and the AHRC takes no responsibility for them.

« CAMBODIA: Cambodian activists must believe in individuals’ capacity to accomplish the impossible