The Asian Human Rights Commission (AHRC) has received updated information regarding the intimidation and threats on the Ahmadi community in Cianjur, west Java. Following the forced closure of their three mosques by non-tolerant groups supported by the local government on 12 April 2013, members of the Ahmadi community in the area have been receiving death threats and are facing the possibility of discriminatory relocation of their place of work. After finding out that one of the closed mosques was still being used for educational activities, the non-tolerant groups also re-sealed the premise and forced the leaders of the Ahmadi to sign a document declaring their ‘consent’ on the closure.

One of the members of the Ahmadi Indonesia Congregation (JAI) in Cianjur, West Java, named Firmansyah informed the AHRC of the actual situation in the area after the closure of three Ahmadi mosques on 12 April 2013. As previously reported in AHRC-UAC-064-2013, members of non-tolerantgroups (the Islam Defenders Front (FPI), Gempa and Sukadana’s Alliance on Anti Ahmadi) closed down the mosques in Ciparay, Neglasari and Cicakra with the support of the local government. Firmansyah reported that his fellow Ahmadi member named Andry had received threats by the Head of Intelligence and Security Unit of Cianjur District Police, AKP Landjar Kuntjoro. The police officer threatened that he would file a complaint on criminal defamation against Andri for publishing his cell phone number online via the twitter account @perkumpulan6211. 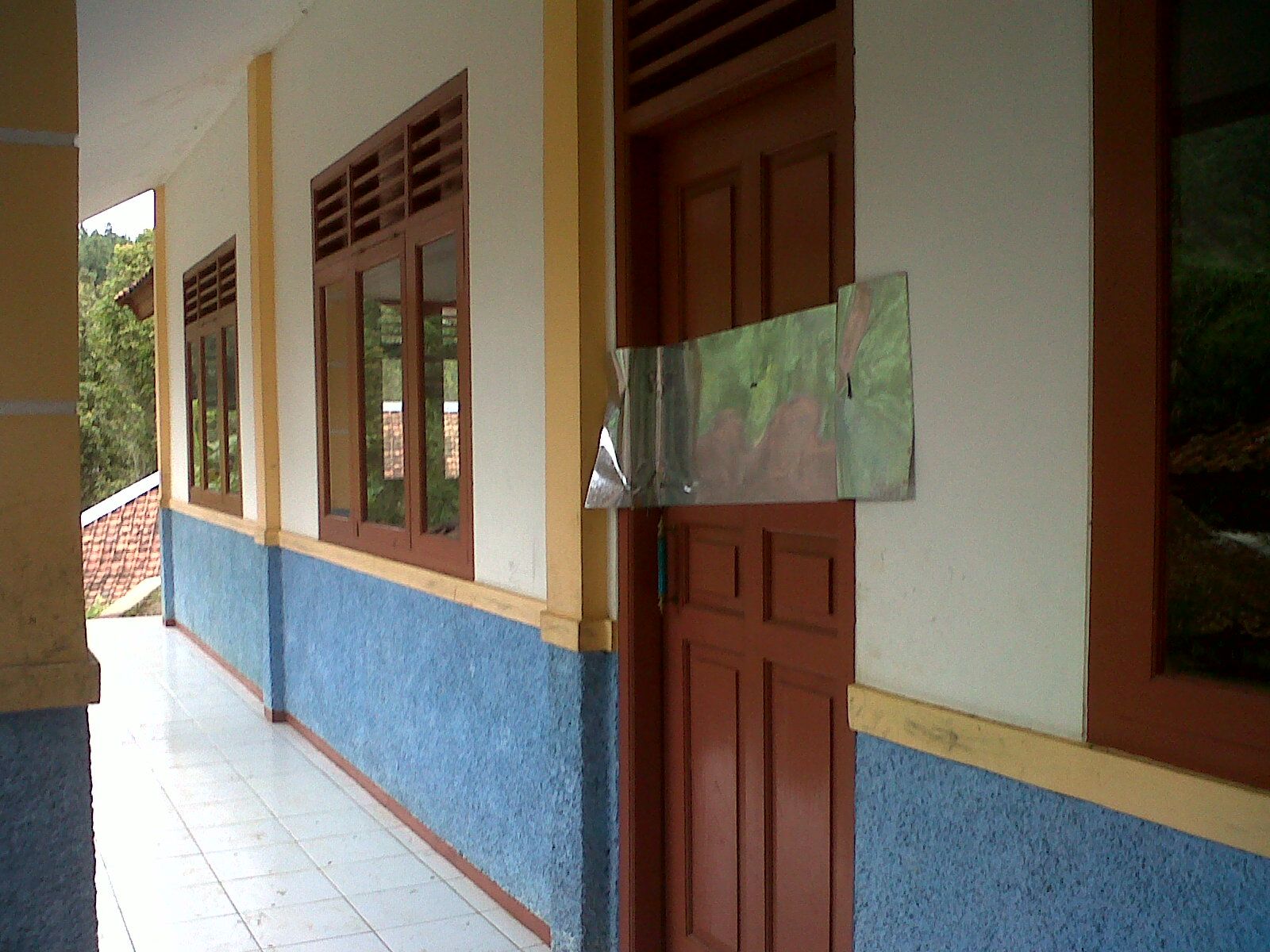 (Picture: The room used by the Ahmadi community in Neglasari, West Java, for academic purpose was re-closed down by non-tolerant groups. Courtesy of Firmansyah, JAI Cianjur).

Apart from Andri, the leader of Ahmadi in Ciparay has also received threats and intimidation. He has been receiving assaults and death threats through the short message service since February 2013. However, since the closure of the mosques in April, the number of the threatening messages has been increasing. The leader of the Ahmadi youth group named Aris had been subjected to intimidation by repeated visits of approximately 70 members of the non-tolerant groups to his house who yell intimidating words such as ‘kill him’.

On Tuesday 15 April 2013, the Head of Guidance and Education of Campaka Sub-district Government Office (Kapusbindik) requested a meeting with Ida Rohayati, Ayi Surahmat, Usep, Yuyun and Benny who in addition to being civil servants at the local government office are also members of the Ahmadi community. When the Kapusbindik met the Ahmadi members at around 11 am, he told them that there have been demands from the non-tolerant groups urging him to relocate the Ahmadi civil servants to another office. The Kapusbindik also mentioned that the non-tolerant groups had threatened to hold a massive demonstration at the government office at Cempaka sub-district if the relocation did not take place. An hour prior to the meeting with the five Ahmadi members, the Kapusbindik had a meeting with the Head of Sukadana Village as well as the representative of the Indonesian Ulema Council (MUI) who were involved in the closure of the three mosques in April.

The AHRC has received a report stating that on 16 May 2013, two cars carrying the flags of the Islam Defenders Front as well as 16 members of the non-tolerant groups came to Baitun Nasir, an Ahmadi mosque in Neglasari which was previously closed down. The non-tolerant groups raided and re-sealed the mosque with metal sheets as they had heard that despite the closure, the Ahmadi community was still conducting activities on the premise. When the raid took place, there was a teaching session going on which involved three female teachers and nine children aged four to six.

On the same day in the afternoon, several leaders of the Ahmadi community were forced by the groups to sign a document declaring their ‘consent’ on the re-closing down of the mosque. The signing of the document was witnessed by state officials including Falahudin (Head of Campaka Sub-District Police), Rudi (Head of Intelligence and Security Unit of Campaka Sub-District Police) as well as Karmawan (Head of Sukadana village). It has been reported that earlier on the same day, the non-tolerant groups also threw firecrackers at the mosque as well as a house and a shop belonging to the members of the Ahmadi community.

SUGGESTED ACTION:
Please write to the relevant authorities below asking them to intervene and take necessary measures as follow:

1. President of Republic of Indonesia and the General Director of Human Rights, Ministry of Law and Human Rights – to ensure a criminal investigation on the alleged human rights violations is taking place as well as to urge the Minister of Religious Affair, the Minister of Interior as well as the Attorney General to revoke the Joint Decree No. 3 Year 2008 banning religious activities by the Ahmadi Community;

2. Chief of the Indonesian National Police – to ensure that all members of the police force are carrying out their duties independently, to provide protection for the Ahmadi community, and to punish members of the police who provided support to the non-tolerant groups in discriminating and threatening the Ahmadi community. Please also urge him to order the Cianjur District Police to conduct legal proceedings against non-tolerant groups who forcibly closed down the Ahmadi mosques as well as those who threatened to kill the Ahmadi members;

The AHRC is writing separately to the UN Special Rapporteur on Freedom of Religion or Belief as well as the UN Independent Expert on Minority Issues.

INDONESIA: Discrimination and intimidation against Ahmadi community in Cianjur continue

I am writing to express my concern regarding the series of continuous intimidation and threats received by the Ahmadi community in Cianjur, West Java, following the closing down of their three mosques previously on 12 April 2013. I have been informed that a member of the Ahmadi community named Andri had received threats from AKP Landjar Kuntjoro who is the Head of Intelligence and Security Unit of Cianjur District Police. AKP Kuntjoro had expressed his intention to file a complaint on criminal defamation against Andri who published the officer’s cell phone number online via twitter account @perkumpulan6211.

In addition to that, I was told that an Ahmadi leader in Ciparay has been receiving death threats via short text messages since February 2013. It had been reported that the number of threats messages he receives has been increasing since the closure of the mosques in April 2013. In a separate occasion, around 70 members of non-tolerant groups such as the Islam Defenders Front (FPI) came to a house of an Ahmadi and yelled intimidating words such as ‘kill him’. The non-tolerant groups have also been pressuring the Head of Guidance and Education of Campaka Sub-district Government office (Kapusbindik) to relocate five civil servants who happen to be members of the Ahmadi community to another office outside Cianjur.

I strongly believe that those series of threats and discrimination against the Ahmadi community are violations to human rights and not in accordance with the laws as well as values upheld under the 1945 Constitution. I would like to emphasise that delivering threats is a punishable crime under Article 335 (1) of the Penal Code. I am therefore disappointed to learn that instead of taking legal measures against the non-tolerant groups who have been threatening the members of the Ahmadi, the police and other state officials have been providing supports to them thus acting in contradiction with the laws. To give you another example, the possible relocation of the Ahmadi members from their office as civil servants by the Kapusbindik is potentially violating Law No. 43 Year 1999 in conjunction with Law No. 8 Year 1974 which regulate that relocation of civil servants shall only be based on the work performance of the individuals at stake.

Given these above, I am calling you to ensure a criminal investigation against members of non-tolerant groups and state officials who have been engaged in the discrimination and persecution against the Ahmadi community in this case. The investigation to be conducted shall be effective, independent and in accordance with human rights principles. I am also calling you to make sure that the plan to relocate the five civil servants who are members of the Ahmadi is halted and the individuals at stake may work without any discrimination.

I am aware that discrimination against the Ahmadi community is partly triggered by the enactment of Joint Decree issued by the Minister of Religious Affair, Minister of Interior as well as the Attorney General in 2008 which bans the activities of the Ahmadi. For this reason, I am also urging you to ensure that such discriminatory regulation is revoked in accordance with international human rights standards as well as the Indonesia’s commitment to uphold freedom of religion as set out in the 1945 Constitution.

« SRI LANKA: Cases of torture perpetrated by officers of the Sri Lankan Police

BANGLADESH: RAB’s extrajudicial murder is being covered up while the victim’s family suffers threats »