The Asian Human Rights Commission (AHRC) writes to inform you that the whereabouts of an activist who disappeared on 17 September 2008 remains unknown. The victim’s disappearance took place after he had shared with his family that he noticed vehicles routinely following him from his house to his work.

CASE DETAILS: (According to information from the Cordillera People’s Alliance (CPA)) 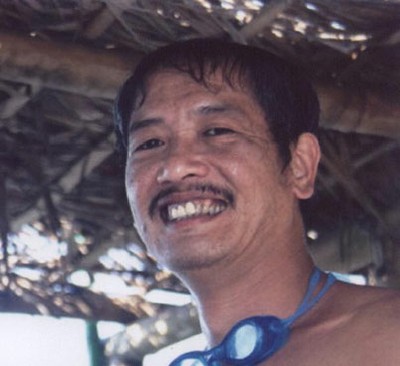 At 7am on 17 September 2008, James Balao left his residence in Fairview, Baguio City to go to his family’s residence in La Trinidad, Benguet. A few minutes before he left, using SMS (short message service), he informed his family that he would be coming to La Trinidad that day.

James never reached his destination and could not be located by family or friends since leaving for Benguet. They could not contact him by any means.  He was last seen near the Tacdian Elementary School in La Trinidad.

James is of medium build, 5’7 to 5’9 foot tall. He was last seen wearing a black jacket, brown pants, black hiking boots and eyeglasses. He was carrying a yellow and blue backpack with a red travelling bag. He belongs to the indigenous tribes of Ibaloi and Kankanaey of Benguet

Prior to his disappearance, sometime in the first week of June 2008, James had already told his family that he was under surveillance. He said he observed a blue and white van following him every day as he left his house.

CPA information claimed that James was listed in the dossier of the Armed Forces of the Philippines (AFP’s.)  He had been described as the head of the Education Bureau of the Communist Party of the Philippines’ (CPP) in the Ilocos and Cordilleras regions.

The Balao family, after having been assisted by the local human rights group and their lawyers, traveled to various headquarters of the military and the police in the province of Ilocos Sur. They hoped that the victim would be found in their custody, but to no avail.

They went to the Philippine Army’s headquarters in Lagangilang, Abra and to the Regional Police Office (RPO) in Ilocos in San Fernando City, La Union, but they still could not locate James in any of these places.

In the Philippines, the family members of a victim of an enforced disappearance have to assume the responsibility themselves to locate their loved ones in police or military headquarters or camps. Some victims, though, are later found to be found in the custody of security forces. Once again in James’ case they were not successful.

SUGGESTED ACTION:
Please write letters to the concerned authorities below requesting their immediate intervention in locating the whereabouts of the missing victim. They should inform his family and involve them in the investigation and efforts to locate his whereabouts.

The AHRC is writing letters to the United Nations Working Group on Enforced or Involuntary Disappearances, Special Rapporteur on human rights defenders and the Independent Expert on Minority Issues.

Name of victim: James M. Balao, 47 years old, a member of the Cordillera People’s Alliance (CPA); president of the Oclupan Clan Association. He belongs to the indigenous tribes of Ibaloi and Kankanaey of Benguet
Alleged perpetrators: unidentified persons
Place of incident: somewhere between his residence in Fairview, Baguio City and his family’s residence in La Trinidad, Benguet
Date of incident: 17 September 2008

I am writing to draw your attention to the case of James Balao, an activist who disappeared on 17 September 2008. He had been the subject of overt surveillance prior to his disappearance from Baguio City.

It was learned that before James’ disappearance, a blue and white van followed him routinely from his residence to his work. He had informed his immediate family members and relatives of this surveillance activity.

It is of grave concern that James’ disappearance may be connected with the targeted attacks on human rights and social activists in the country. While the reasons for his disappearance have not been ascertained as yet, previous incidents indicate that activists have been targeted because of their work.

Mr. Balao is the second member of the Cordillera People’s Alliance (CPA) to have disappeared.  In 1987, his colleague Ama Daniel Ngayaan was abducted. The latter’s whereabouts, according to information received, remains unknown and the case unsolved.

I therefore urge you to exhaust all means to locate the victim’s whereabouts. I also request you to have his family properly informed and involved in any inquiry or intervention done in his case. Also, please consider affording the necessary assistance, without delay, to the Balao family.

BURMA: A man charged without evidence for sending news abroad »