INDONESIA: Exploited Migrant Worker to be executed by firing squad

The Asian Human Rights Commission (AHRC) has received information regarding the imminent execution of a Filipina migrant worker. She was unwittingly used as a drug mule by her employer and now faces execution by a firing squad. Mary Jane Veloso is a 30 year old mother of two, exploited by an international drug trafficking syndicate. She was unable to afford a lawyer and was denied a Tagalog interpreter at trial. As a result, she could not understand or properly participate in the proceedings. A clear violation of her right to a fair trial. Mary Jane has been given 72 hours notice of her execution, scheduled to take place in an East Java province shortly after midnight on Wednesday 29 April 2015.

Mary Jane Veloso is a 30 year old Filipina national currently being held in isolation in Nusakambangan, Indonesia, awaiting her execution on the night of 28–29 April 2015.

Mary Jane, the youngest of five children, was born into an extremely poor family from the Philippines. Her family earned money by collecting plastic and other rubbish to sell.

Mary Jane finished primary school. She was married at 16, divorced by her husband after the birth of their second child. She was left to bring up two young children alone, without sufficient education, professional qualifications or a permanent job. 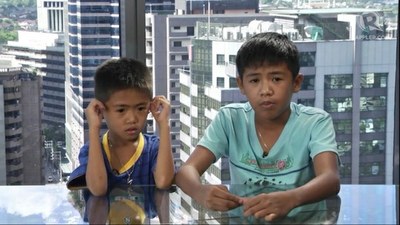 In the hope of improving the lives of her children and providing an education for them, Mary Jane took a job as a domestic worker in Dubai in 2009. However, just seven months into her two-year contract she was forced to flee. She returned to the Philippines on December 31st, 2015 because her employer regularly attempted to rape her.

Following her return to the Philippines, Mary Jane struggled to find work through various agencies. In April 2010, she was approached by a friend from her village, who offered her a job as a domestic worker in Malaysia and who accompanied her to Kuala Lumpur. In Malaysia, Mary Jane was told that her prospective employer was still overseas, and the job was not yet available. In the meantime, she worked with her friend for her employer.

Mary Jane had already spent all her money, given her bike and phone to her friend in exchange for her ticket to Malaysia. She was financially dependent on her friend and her employer. When they told her to travel to Indonesia, giving her a suitcase for her clothes, she could not refuse. Mary Jane packed the suitcase herself which was new and empty, but did not find anything untoward.

Upon arrival at the airport in Jogjakarta, Indonesia, suspicious items were detected in Mary Jane’s suitcase. Her luggage was searched but nothing was found. The contents of her suitcase were removed and the empty suitcase was x-rayed. 2.6 kilos of heroin valued at USD 500,000 were found packed in the inner part of the suitcase lining.

At that point, Mary Jane who had limited English and no Indonesian, was unable to understand what the customs officers were saying to her. She was not given a lawyer or a translator when the police were interrogating her in Bahasan. As her family had no money for a lawyer, she had to rely on a court appointed lawyer, whose expenses were paid by the prosecutor.

During her trial, she was not given a Tagalog translator. The court-provided interpreter – a student at a foreign language school in Yogyakarta who was not licensed by the Association of Indonesian Translators – translated the proceedings from Bahasan to English. Mary Jane could not speak Bahasan, she understood little of the proceedings and was unable to communicate with her lawyer, who spoke only basic English himself.

The absence of a qualified interpreter proved fatal. In October 2010, on the day the sentence was to be handed down, the judges questioned Mary Jane before deciding on her sentence. The judges asked in Bahasan whether she regretted the offence. The translator mistranslated the question from the judges to Mary Jane as: “Do you admit to having committed this crime?” Mary Jane answered: “no,” because she did not know anything about the drugs inside her suitcase. This was interpreted by the Court as Mary Jane failing to demonstrate any remorse. So, in spite of a recommendation from the prosecutor to sentence Mary Jane to life imprisonment, the judges instead immediately handed down a death sentence.

Mary Jane appealed to the previous president for clemency, but he left office without considering her application, leaving the petition for President Widodo to decide. Upon assuming office, the President announced that he would not grant clemency in any narcotics case, regardless of the circumstances.

Mary Jane’s clemency petition was therefore never considered, being rejected out of hand in December 2014/January 2015.

Indonesia has carried out only 4 executions since 2008, all in 2013, until President Widodo took office in October 2015. Since then, he has repeatedly and publicly called for the execution of all drug offenders.

On 18 January 2015, six drug offenders were executed in Indonesia. Thereafter, preparations for a further ten executions were immediately commenced, nine of which seem set to continue. There are understood to be around 63 drug offenders in Indonesia, around half of whom are foreign nationals. However, the Indonesian authorities appear to be deliberately targeting foreign nationals, raising questions of discrimination: only two of the sixteen executions carried out or scheduled imminently are Indonesian nationals.

International law has held that drug offences do not constitute the most serious offences, for which the death penalty should be reserved. In spite of this, the Indonesian authorities in February 2015 decided to replace three Indonesians sentenced to death for murder with two foreign drug offenders in the list of imminent executions. There is also a concern that the endemic corruption within the law enforcement and criminal justice systems in Indonesia has certain consequences. It means that the most culpable within the international drug trade escape punishment. The minor players, often vulnerable and exploited, become the scapegoats and suffer the harshest penalties.

Please write to the authorities listed below, asking them to stay Mary Jane’s execution and reconsider her sentence on the basis of her minor role in the offence.

I am writing concerning Mary Jane Veloso, a Filipina migrant worker, exploited by a drugs syndicate, facing execution on Wednesday and asking for a stay of execution.

Mary Jane, 25, is not a major player in the international drug scene. She is not a king pin or a trafficker. She is a 30 year old mother of two young boys and a migrant worker who was unwittingly duped into acting as a drug mule.
Mary Jane’s story is especially tragic. Born into an extremely poor family in the Philippines, she had little formal education and no professional qualifications. She was married at 16 and divorced by her husband after the birth of her second child. She was left to bring up two young children alone.

Like many Indonesian migrant workers, Mary Jane became a migrant worker overseas in the hope of improving the lives of her children and providing an education for them. She was forced to flee from her first job in Dubai when her employer attempted to rape her. She was grateful when she was approached by a friend from her village, who offered her a job as a domestic worker in Malaysia.

Having given her friend all her money and possessions in exchange for her plane ticket to Malaysia, she was entirely at the mercy of her friend and her employer. When they told her to travel to Indonesia and gave her a suitcase for her clothes, she could not refuse. Mary Jane packed the suitcase herself, which was new and empty, but did not notice anything untoward.

Mary Jane was arrested in Jogjakarta when 2.6kg heroin was found carefully hidden in the lining of her suitcase.

I am concerned that Mary Jane has not been afforded a fair trial. She was interrogated by customs and police officials but did not speak English or Bahasan and was unable to understand what the customs officers were saying to her. She had no money for a lawyer, and was not given an interpreter.

During her trial, Mary Jane was not given a Tagalog translator. The only court-provided interpreter – a student at a foreign language school in Yogyakarta who was not licensed by the Association of Indonesian Translators – translated the proceedings from Bahasan to English. She could not speak this dialect, understood little of the proceedings and was unable to communicate with her state appointed lawyer, who spoke only basic English himself.

The absence of a qualified interpreter had disastrous consequences. On the day of sentencing, the judges asked in Bahasan whether she regretted the offence. The translator mistranslated the question from the judges to Mary Jane as: “Do you admit to having committed this criminal act?” Mary Jane did not know anything about the drugs inside her suitcase, so answered “no”. From this, the Court felt that Mary Jane showed no remorse. So, in spite of a recommendation from the prosecutor to sentence Mary Jane to life imprisonment, the judges immediately handed down a death sentence.

It is possible that the execution of Mary Jane may have serious consequences for Indonesia’s ability to protect its own citizens from execution overseas. The Republic of Indonesia takes a laudable position in respect of Indonesian migrant workers facing the death penalty abroad, many of whom were vulnerable and exploited as drug mules just like Mary Jane. Indonesia should be more than familiar with the circumstances surrounding Mary Jane’s case. Countless young, desperate Indonesian women seek employment overseas in the hope of providing a better life for their children, only to end up exploited, abused and forced to do things against their will. Many end up embroiled in a criminal justice system they do not understand without adequate representation or assistance. Many end up on death row – two have already been executed in Saudi Arabia this month.

Mary Jane’s story is no different. Sentencing her to pay the ultimate price, leaving her children without a mother, sends a worrying message to those responsible for the fate of Indonesian migrant workers overseas.

I know that those being targeted for execution in Indonesia are not the most culpable. Even if the Republic of Indonesia believes that drug offences are the most serious crimes, which is not the position under international law, many of those who have been executed recently or who are facing imminent execution, are simply minor players and drug mules, like Mary Jane. Meanwhile, those higher up in the chain receive paltry sentences or avoid punishment altogether. They specifically target persons like Mary Jane, to avoid punishment themselves.

Mary Jane did not know she was carrying drugs and did not have the power to refuse to do what her employers asked. So, killing Mary Jane will do nothing to deter others or solve the drug problem in Indonesia. Until the endemic corruption in the law enforcement and criminal justice systems are tackled and fair trial standards improved, the imposition of the death penalty can only result in arbitrariness and injustice.

I understand that only two of the fifteen individuals executed or at risk of execution in Indonesia are Indonesian, despite the fact that foreign nationals make up only a third of those on death row. Far from being among the worst offenders on death row, it seems that Mary Jane may instead be a victim of discrimination.

I respectfully urge the government of Indonesia to stay Mary Jane’s execution. Considering all evidence, allow judicial reconsideration of her sentence on the basis of her minor role as a drug mule.

PAKISTAN: A human rights defender was murdered allegedly by the agents of military establishment for holding discussion on Balochistan »