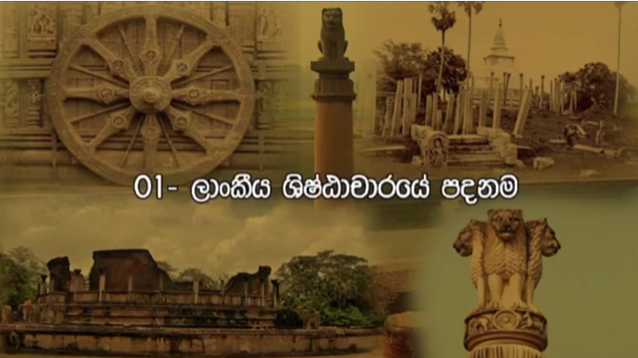 The ‘Trikone’ Foundation has issued a video of a speech by Mr Basil Fernando, Director of Policy and Programmes, on the Emperor Asoka’s contribution to the Sri Lankan culture and the crisis of culture in the contemporary Sri Lankan society. This was speech delivered at ‘Trikone’ and was very much appreciated by the audience. In this speech the following passage from Romila Thapar’s book, Asoka and the Decline of the Mauryas , has been explained as the real meaning of Asoka’s philosophy of promoting ethical foundations of civilised life. “In the past, historians have generally interpreted Asoka’s Dhamma almost as a synonym for Buddhism, suggesting thereby that Asoka was concerned with making Buddhism the state religion. We propose to show that this was not his intention, although he himself, as a firm believer in Buddhism, was convinced that it was the only way to salvation. The policy of Dhamma was a policy rather of social responsibility than merely of demanding that the entire population should favour Buddhism. It was the building up of an attitude of mind in which social behaviour, the behaviour of one person towards another, was considered of great importance. It was a plea for the recognition of the dignity of man, and for a humanistic spirit in the activities of society.”

It was this legacy that he bequeathed to Sri Lanka through Venerable Mahinda Thero. Already in the 3rd Century B.C., the foundation for a civilised society based on social responsibility grounded on Dhamma, was laid and this gave rise to the flourishing of a civilisation on the basis of close cooperation amongst the people. It was this ethical foundation that made possible amazing achievements in the field of irrigation, agriculture as well as peaceful coexistence amongst the people. This civilisation lasted at least up until 5th Century A.D. and began to be withered away. It was in the 8th Century A.D. that with Indian invasions the changes that have taken place in India where Buddhism was fully wiped out, also came to Sri Lanka. The new philosophy was based on the thought of the Indian philosopher Adi Sankara, who postulated that everything else except Brahma (God) is illusion. This idea of illusion amounted to the denial of the existence of the external world. When the very existence of the external world is denied, it naturally follows that human existence is also an illusion. Therefore, human ethics is also an illusion. While Buddhism was grounded on the attempt to introduce an ethical way of life the new philosophy of Adi Sankara, treated that too as illusion. This philosophy spread and had a profound impact in transforming the Sri Lankan culture.

The foreign powers particularly the British, introduced a system of administration and a legal system which was also based on a system of values. The value of the individual, the value of the human person, the value of the community, and the value of social responsibility to each other were all parts of this system. However, that system did not get rooted due to the general mind-set that regarded everything as illusions. It did not take a long time after independence for the local rulers to reject this entire system. Present day political, legal and social problems are a product of the above mentioned crisis.

Thus Sri Lanka is a threatened society and the people are aware of it. Elections of 2015, were retaliation on the part of the people against the breakdown of their society and civilisation.

The speech attempts to make suggestions on how to understand this situation and to grasp the origins of Sri Lankan culture and the values it is based on and the challenges it has faced.

PAKISTAN: Use of anti-terror laws against peasants’ movement »