Home / News / PHILIPPINES: Armed men and landlord that use force against indigenous tribes must be held to account

PHILIPPINES: Armed men and landlord that use force against indigenous tribes must be held to account 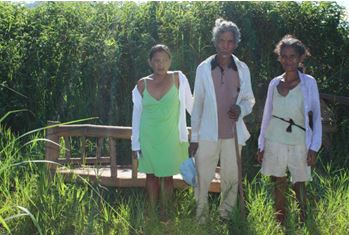 (Hong Kong, May 16, 2014) The Asian Human Rights Commission (AHRC) is deeply concerned, and demands an investigation into the actions of the security guards and their employer landlord for shooting at, and holding at gunpoint, indigenous people who were to occupy their ancestral land in Quezon, Bukidnon.

In their mission report, titled: “‘Pakighiusa’: Solidarity Mission to Members of TINDOGA in Support of Their Struggle for Land and Life,” prepared by Rural Missionaries of the Philippines, Northern Mindanao Sub-Region, it noted that the armed security guards indiscriminately shot at Manobo-Pulangihons tribes on April 23 purposely to drive them away from their land.

The indigenous tribe, composed of 530 families are from four clans, are led by Datu Santiano “Andong” Agdahan. They had already been recognized as the rightful owners of the 623 hectares of land as part of their ancestral domain. Datu Agdahan also heads the TINDOGA (Tribal Indigenous Oppressed Group Association).

On April 23, in support of their claim, the tribes were accompanied by officials from the national and local government agencies, notably the National Commission for the Indigenous People (NCIP), the municipal government, and the police.

But at around 1pm, armed security guards, reportedly working for Mr. Pablo “Poling” Lorenzo III, who claims to be the owner of Rancho Montalvan, were deployed, and allegedly indiscriminately shot at the group. They also held “12 individuals at gun point,” five of whom were women, and three were minors.

The armed men deliberately concealed their identities by not wearing their uniforms. Most of them wore black long sleeves; their faces are either covered with balaclavas or shirts.

It is reported that even though the NCIP has already declared the 623 hectares are the ancestral domain of the Manobo-Pulangihons, “only 70 hectares were allotted for use of the claimants. The rest were classified as forest reserves. Interestingly, what is supposed to be forest reserves are mostly planted with “sugarcane and pineapple.”

The AHRC urges the government to hold accountable Ma. Shirlene D. Sario the provincial officer of the NCIP, for allegedly failing to fulfil the obligations required from her to ensure the indigenous people are properly install in their land.

The AHRC also expresses its disappointment at the lack of concern, notably by the local government officials in Quezon, Bukidnon, to failing to address the urgent needs of their own constituents.

The mission report indicated that “no government official from Quezon town to the Provincial government even visited the Manobo-Pulangihons.”

« INDIA: Will the new government prioritise the rule of law?