The Asian Human Rights Commission (AHRC) is forwarding to you an appeal from Defend Job Philippines, a local non-governmental organisation in Manila, regarding the use of excessive force by policemen who demolished the residences of informal settlers on January 27, 2014 along Agham Road in Quezon City.

The policemen demolished the houses without prior notice to the informal settlers, and without giving them adequate time to prepare for relocation. The settlers who comprised of poor villagers forced to live by the roadside in dire conditions, tried to prevent the policemen from dismantling their homes.

The inability of the police and the local government to negotiate with the informal settlers to hear their grievances aggravated the situation. The local government reportedly gave instructions to demolish the houses located by the roadside for the purpose of widening the road. The policemen were seen to be carrying shields and clubs but others were bearing armalite rifles. Excessive force was used against the villagers who tried to prevent the demolition team from destroying their homes. They were also protesting the use of excessive force.

As seen in this video (Time code: 0:34-1:26) the police started arresting the resisting villagers, others were forcibly dragged which caused them to fall. Also, the policemen threw tear gas at the protestors causing suffocation and trauma to children who were living in the community. 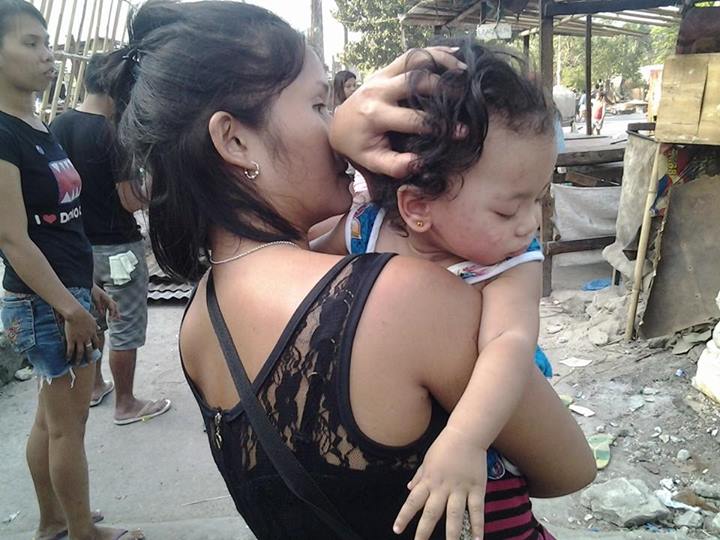 Yesterday (January 27), more than 1000 forces of Philippine National Police and Demolition Team headed by Col. Sanchez and Marlow Jacutin of Task Force COPRISS forcibly evicted and demolished the homes and livelihood of more than 200 residents. There was no notice prior to the demolition. There were so many homeless families now in the streets.

The demolition team used guns, teargas and brute force. The community were being attacked with tear gas anywhere. Children are suffocated, brought to hospitals and traumatized.

Photo above: A child suffocated by teargas.

The demolition will continue today. 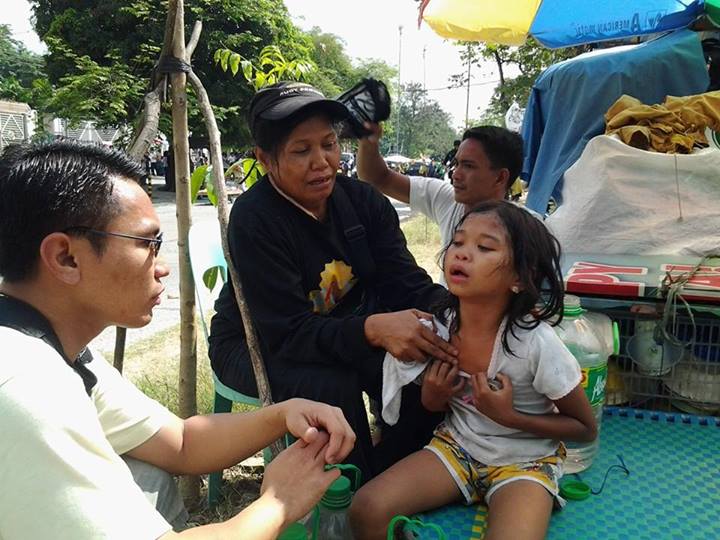 This video shows how the Special Weapons and Tactics of the Philippine National Police are illegally arresting and beating residents.

Please express our solidarity as the victims of demolition and the residents of North Triangle, Quezon City today as demolition will be pursued by the BS Aquino government, LGU of Quezon City to give way to the Vertis North Project (PART OF THE QUEZON CITY CENTRAL BUSINESS DISTRICT) of one of the most favored businessman of Aquino—AYALA.

Photo above: A mother and her child crying and traumatized due to trauma

« CHINA: For Freedom, Justice and Love – My Closing Statement to the Court