Home / News / PAKISTAN: Statement of concern on the detention of refugees and asylum seekers of Pakistani origin in Thailand

PAKISTAN: Statement of concern on the detention of refugees and asylum seekers of Pakistani origin in Thailand

We wish to share with you the following statement from 26 Human Rights Organisations.

PAKISTAN: Statement of concern on the detention of refugees and asylum seekers of Pakistani origin in Thailand

We, the undersigned, are deeply concerned and shocked at the arrest and detention of 86 refugees and asylum seekers of Pakistani origin in Bangkok. These vulnerable people were arrested from their homes in a dawn raid and taken to the Bangkok Detention Centre.

We have information that indicates that almost all the detainees have either been recognized as refugees by the UNHCR or have registration documents as their cases for Refugee Status Determination is under way. They all belong to the Ahmadiyya faith. The persecution of Ahmadis has been particularly severe and systematic in Pakistan, which is the only state to have officially declared the Ahmadis to be non-Muslims and are persecuted for professing their religion. The systematic persecution of the community in Pakistan is well documented.

This targeted detention by Thai officials of a particular community from their homes is particularly concerning and disturbing.

We have been informed that the detainees include more than 30 children who have been detained along with their parents.

Thailand has been generous and accommodating of those who have sought refuge within its borders. It has been compassionate and understanding of those in need of protection from persecution. These detentions however are a blot on the tolerant and compassionate image of Thailand.

Thailand is the President of the UN Human Rights Council, and it is highly unbecoming of the President of the Human Rights Coucil to sanction a flagrant violation of basic human rights. International human rights standards prohibit arbitrary, indefinite and non-reviewable detention. Refugees and asylum seekers should not be detained or penalized because they were compelled to enter a country irregularly or without proper documentation.

In addition, Thailand, which has signed the Convention on the Rights of the Child, must ensure the best interest of all children, that they are protected and are not detained for migration-related purposes in the first instance.

These refugees and asylum seekers are NOT criminals, they need to be protected and not victimised.

We strongly urge the Thai government to reconsider its ill advised action and release the 86 detainees.

We hope the Thai government will adhere to the high standards of compassion and human rights through the unconditional release of the detainees.

Signed by 26 human rights organisations as seen below: 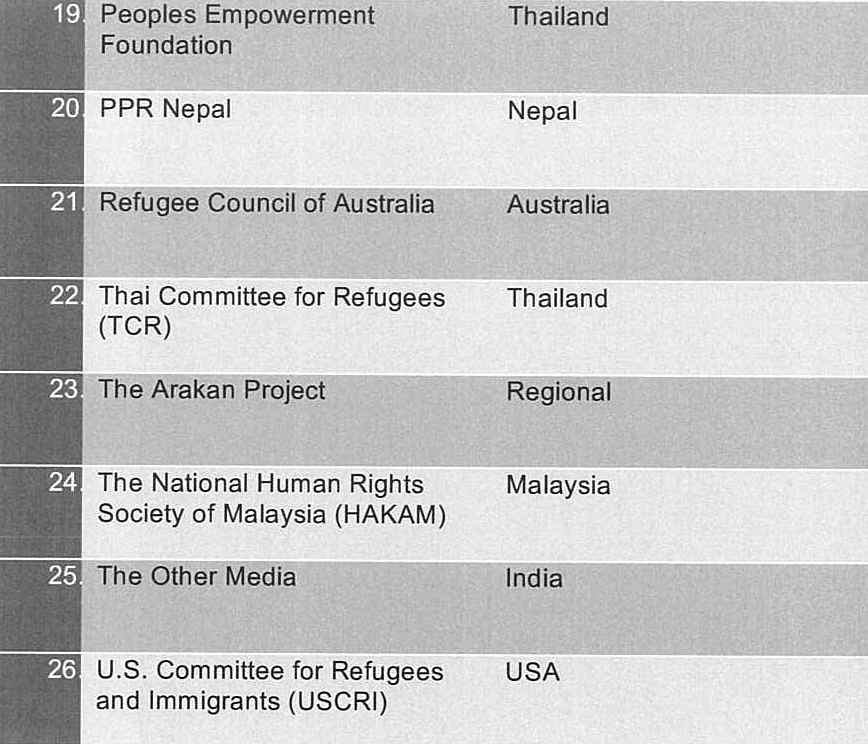 INDIA: An innocent person tortured to death by Indian Army in Assam »