SOUTH KOREA: Calling on Samsung to accept responsibility for occupational deaths and to provide safe and decent working conditions 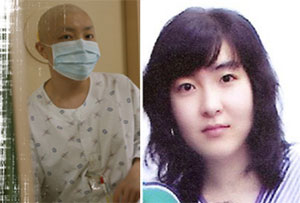 On 31 March 2010, another young worker of the Samsung semiconductors factory, Ms. Park Ji-yeon died. Ms. Park started working at the Onyang factory and was diagnosed with leukaemia at the age of 21. She died at the age of 23. Hers is allegedly the ninth death out of 23 workers who have been allegedly diagnosed as blood cancer like leukaemia. Although the ongoing petition calling for Samsungs responsibility and concern about a series of deaths from blood cancer such as leukaemia was initiated in early March, Ms. Park died at the end of March, neglected by Samsung and the relevant government authorities.

The families and friends of electronics manufacturing workers at Samsung in Korea have discovered a cancer cluster among young workers exposed to toxic chemicals. The pattern of cancer deaths bears a striking resemblance to the pattern of cancer deaths among IBM chip workers in the US* and to other electronics cancer clusters around the world. March 6th is the third anniversary of the death of Ms. Hwang, Yu-mi, a Samsung semiconductor factory worker, who died from leukaemia at age 22. Her death  and similar co-worker deaths – has motivated people to demand that Samsung:

a. accept responsibility for the hazards of semiconductor manufacturing,
b. compensate those harmed; and
c. prevent future suffering and mistreatment of workers by making Samsung a toxics-free model workplace where workers are treated with dignity and respect.

Samsung denies all responsibility, and the Korean government has taken its side by denying compensation and even arresting and detaining the victims lawyer! Yu-mis family, co-workers, friends and other concerned people have formed SHARPs to demand justice.

SHARPS is now asking concerned people around the world to join their campaign for international solidarity to raise awareness about occupational disease in the electronics industry and bring accountability to Samsung (and the rest of the electronics industry). In particular SHARPS is asking people to tell Samsung that people around the world endorse these just demands:

– The Korean government must determine that Samsung is responsible for causing the workers illnesses and fair compensation must be paid when workers get sick or are injured on the job,

– The Korean government must protect the workers and give voice to the victims and their families who have suffered and bring accountability to Samsung,

– Samsung Electronics must disclose to the workers and the public the truth about the hazards of working in the semiconductor industry, and

– Samsung Electronics must stop suppressing workers in their struggles for a safe and fair workplace.

Please add your voice by signing this petition to support SHARPs in their campaign for international solidarity. Go here to sign the petition.

* please refer to “Mortality among US employees of a large computer manufacturing company: 1969-2001”

UPDATE (Pakistan): A report from the Hyderabad police reveals strong negligence and prejudice in the investigation of a rape case »