WORLD: Pope’s September prayer intention is for the planet’s resources

Let us pray that the planet’s resources will not be plundered, but shared in a just and respectful manner 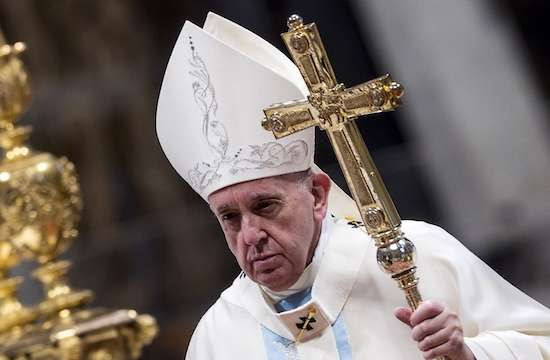 Pope Francis, in his prayer intention for the month of September 2020, asks everyone to pray that we learn to respect the planet’s resources.

It has become the custom of Pope Francis to release a video message detailing his prayer intention for each month.

Last month Pope Francis asked everyone to pray for those “who work and live from the sea, among them sailors, fishermen and their families”. In Julyhe prayed for families that they be “accompanied with love, respect and guidance” and in June he prayed for those who are suffering, as the COVID-19 pandemic continues to inflict hardships.

The full text of the prayer intention for September is below:

We are squeezing out the planet’s goods. Squeezing them out, as if the earth were an orange.
Countries and businesses from the global north have enriched themselves by exploiting the natural resources of the south, creating an “ecological debt.” Who is going to pay this debt?

In addition, this “ecological debt” is increased when multinationals do abroad what they would never be allowed to do in their own countries. It’s outrageous.

Today, not tomorrow; today, we have to take care of Creation responsibly.

Let us pray that the planet’s resources will not be plundered, but shared in a just and respectful manner.

No to plundering; yes to sharing.
In his encyclical Laudato si’ and elsewhere, Pope Francis has emphasized the urgency of the environmental crisis and in 2015 marked September 1 as the Catholic Church’s first annual World Day of Prayer for the Care of Creation.

Francis also suggested Catholics join the ecumenical “Season of Creation” initiative, which runs from the September 1 day of prayer through the feast of St. Francis of Assisi, Oct. 4.

The initiative, explained at www.seasonofcreation.org, includes prayer and practical action to clean up the environment, promote recycling and lobby governments for action to mitigate climate change.

The Pope’s Worldwide Prayer Network of the Apostleship of Prayer developed “The Pope Video” initiative to assist in the worldwide dissemination of monthly intentions of the Holy Father in relation to the challenges facing humanity.

« WORLD: A manifestation of the decadence of our times?