Home / News / NEPAL: Community Radios to Fight against Caste Based Discrimination and Untouchability in Nepal

NEPAL: Community Radios to Fight against Caste Based Discrimination and Untouchability in Nepal

The AHRC would like to congratulate the Jagaran Media Center for launching a national campaign of community radios of Nepal against all kinds of discriminations, especially against caste-based discrimination and untouchability on the occasion of the International Day for the Elimination of Racial Discrimination, 21st March 2014.

A ‘South Asian Parliamentary Forum’ and ‘Asia Dalit Rights Forum’ which were also formed earlier this year rightfully goes along with this year’s theme ‘Role of Leaders in Combating Racism and Racial Discrimination’. The AHRC believes that these initiatives are crucial in order to engage the institutions and actors, individually and collectively, to address Dalit concerns in South Asian countries. We express our solidarity on this campaign and initiatives. 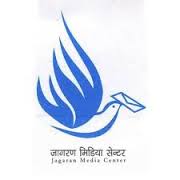 On the occasion of International Day for the Elimination of Racial Discrimination on 21st March, the World Association of Community Radio Broadcasters, AMARC Asia-Pacific, Association of Community Radio Broadcasters of Nepal (ACORAB, www.acorab.org.np), and the Jagaran Media Center (JMC, www.jagaranmedia.org.np), have decided to launch a National Campaign of community radios of Nepal against all kinds of discriminations, especially against caste-based discrimination and untouchability.

As per a recently signed Memorandum of Understanding (MOU), the three organizations will carry out activities to highlight caste-based discrimination and to promote a more equitable, inclusive and accountable democracy in Nepal. Activities will include mobilization of community radios to broadcast specially produced programs against discrimination that will include radio documentaries, reportages, features, news items, call-in programs, interviews and road-shows. Community radios have been appealed give special impetus to the movement against caste-based discrimination through their programming.

The decision of the three organizations follows the commitment expressed by community radio broadcasters of Asia-Pacific region, as expressed during the 3rd AMARC Asia-Pacific Regional Conference held in Seoul, South Korea from 2-5 December 2013. The assembly in Seoul reiterated the commitment of the community radio movement to work towards ending all kinds of discriminations including caste-based discrimination.

Caste-based discrimination, as highlighted by the Dalit movement is one of the worst forms of discriminations in Nepal. Dalits, the discriminated people under a traditional caste system, suffer social restrictions and deprivation from economic opportunities, as well as a general neglect by the state and society. More than twenty Dalit caste groups exist in Nepal. The government estimates that the number of Dalit people in Nepal is about 13 percent of the total population whereas Dalit civil society estimates it over 20 percent.

The Jagaran Media Center (JMC) would like to request all the stakeholders, national and international organizations working on human rights and social justice for their support and solidarity to this campaign and our fight against all forms of discrimination including untouchability.

« PAKISTAN: A girl was buried alive for marrying by her own choice

INDONESIA: A good police chief does not tolerate torture »