NEPAL: Democracy – a dream in waiting 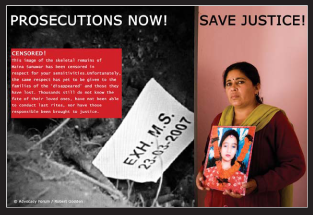 The transition of Nepal from an absolute monarchy to a federal, democratic republic has claimed the lives of at least a few thousand persons. Several hundred women and men lost their life by participating in the armed struggle against the government. The government killed much more number of persons to silence and terrorise the population in a futile attempt to retain control. It is estimated that about 12800 innocent persons were killed by the government forces and the Maoists during the emergency in Nepal.

The documented cases of disappearance in the country as of 2007 exceed three thousand. This includes cases involving the Army and the Maoist. Human rights organisations like the Advocacy Forum claims that this number is just the tip of the iceberg since a substantial number of cases were not reported owing to the fear of adverse consequences.

The families of the victims believed that the constituent assembly elections and the formation of the government in April 2008 will bring an end to their long awaited quest for justice. Yet, the government has preferred to sweep the cry for justice of the victims and their families under the carpet till now. The new government promoted the army officers who raped, tortured and murdered innocent persons. It is the result of a trade off the government made with the army not to investigate the atrocities committed by the Maoists.

Even entities like the UN Department of Peacekeeping Operations (DPKO) became part of this deal when the DPKO appointed Major Niranjan Basnet as a peacekeeping soldier in Chad. Basnet is a suspect against whom a warrant of arrest is pending from a court in Nepal for the ill-famous Maina Sunuwar rape and murder case. This is a landmark case in the legal history of Nepal.

Twenty-one months since the formation of the Federal Democratic Republic of Nepal, it appears that the country’s monarchy has been replaced by an irresponsible government that has continuously failed to pay heed to the peoples’ aspirations for change. The most required civilian oversight of the army is still lacking in the country. The government’s laxity to transform the country into a functioning democracy is visible from the lack of efforts to setup functioning justice institutions.

A discussion about transitional justice is hollow speech without honest efforts to build justice institutions. The Asian Human Rights Commission (AHRC) in the coming days will release its 2009 Annual Human Rights Report on Nepal.

The following letter sent by Mrs. Devi Sunuwar, mother of Mina Sunuwar, to the Prime Minister of Nepal speaks for the current state of human rights in the country and the plight of those who lost their loved ones in a bloody civil war.

Open Letter to the Prime Minister*

My name is Devi Sunuwar. I am the mother of 15-year-old Maina Sunuwar, who was mercilessly murdered by the then Royal Nepal Army more than five years ago. I am quite sure that you are aware of my daughter’s murder.

I am writing this letter to you to inform you that I am still waiting for justice. Months have elapsed since the court issued arrest warrants against the perpetrators involved in the murder of my daughter but they are yet to be arrested. I want to know the reason behind the state’s apparently deliberate indifference in this regard. If you really believe in and are committed to the rule of law and justice, I am still optimistic that justice will prevail. Therefore, I earnestly beseech you to take initiatives to arrest the alleged perpetrators, i.e. Colonel Bobby Khatri, Major Niranjan Basnet and Captains Amit Pun and Sunil Adhikari, and start criminal proceedings without further delay.

I am deeply hurt and upset by the recent news that the government has sent one of the perpetrators, Major Niranjan Basent, on UN peacekeeping operations. Victims of human rights violations and their families have to suffer the agony of being displaced from their homes, face financial ruin in the absence of their breadwinners and, in some instances, have to face death while seeking justice. The perpetrators, on the contrary, are laurelled with promotions and bestowed with several opportunities abroad. They are even sent on peacekeeping missions, which we all know is very lucrative.

What kind of justice is this Honourable Prime Minister?

You are quite aware of the scale of human rights violations committed during the conflict. Thousands were killed and similar numbers disappeared, and tortured. I wonder why none of the perpetrators are brought to book. I wonder when your commitments and pledges to end impunity will materialise. Just promising accountability won’t demolish the edifice of impunity that is deeply-entrenched in Nepal. A genuine first step in this direction is the prosecution of even a single perpetrator. Therefore, I would humbly request you to arrest the murderers of my daughter and ensure their trial in a civilian court as the beginning of the end of impunity in Nepal.

A lot of human rights activists and national and international journalists visit me and tell me that the story of injustice meted out to my daughter is known around the world. Furthermore, the human rights defenders tell me that the case of my daughter is “emblematic”. But I am at a loss what this “emblematic” is. Perhaps, a case becomes emblematic if the injustice involved crosses all the reasonable bounds. Or when the state promotes the criminals to high-ranking posts and awards them with other prizes despite persistent pressure from national and international circles to bring the perpetrators to book.

Possibly you are not aware that I have not been able to perform cremation rites for my daughter. Her skeletal remains were disinterred from a jungle right next to the Panchkhal-based Birendra Peace-Keeping Training Centre. The remains are now kept at the Forensic Laboratory of Tribhuvan University Teaching Hospital. I am not in a position to pay my last homage to her departed soul before I see her perpetrators being prosecuted in a civilian court. In the midst of all this, my husband was recently found dead under apparently suspicious circumstances. I don’t know whether it was a murder or a suicide but the fact is that he had started to lose faith in justice. He died in the anguish of not getting justice despite years of continuous struggle.

Now that I have even lost my husband who always wiped off my tears, walked beside me and encouraged me during my struggle for justice, I feel languid sometimes. How long shall I have to wait for justice? What is the government doing with regard to the case of Maina Sunuwar? When and how will the alleged perpetrators be arrested? I am hopeful that Major Niranjan Basnet will be arrested upon his arrival and similar steps will be taken against all other perpetrators.

I am waiting with bated breath for answers to these questions.

* The letter is translated to English from its original version in Nepali by the Advocacy Forum.

PAKISTAN: An army colonel has had four men abducted and tortured due to a personal dispute, in Pakistan-held Kashmir »