PHILIPPINES: Martial Law in Maguindanao province is devoid of constitutionality 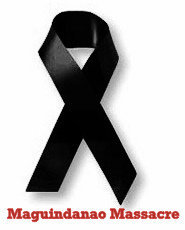 It was officially announced yesterday, December 5, that President Gloria Macapagal-Arroyo has placed Maguindanao, a province in central Mindanao where the November 23 massacre took place, under the State of Martial Law. President Macapagal-Arroyo signed the Proclamation, No. 1959, placing the province’s 36 Municipalities, except the areas previously identified as having been occupied by Moro rebels, under Martial Law and suspending the privilege of the writ of habeas corpus.

The Asian Human Rights Commission (AHRC) unequivocally rejects the President’s Proclamation. The fundamental element upon which Article 7, section 18 of the 1987 Constitution would permit such a proclamation–the presence of “lawless violence, invasion or rebellion”–is non-existent in the province. The AHRC calls upon the members of the Philippine Senate and the House of Representatives to, without reservation, exercise its power to revoke the Proclamation in order to protect and uphold the fundamental rights of over one million people in this province by acting swiftly.

President Arroyo officially signed Proclamation No. 1959 at 9pm on December 4, however it was not until her executive secretary, Eduardo Ermita, announced it in during a press conference at 7am on December 5, that it was made known to public. President Arroyo reportedly acted on the recommendations made by Lieutenant General Victor S. Ibrado, chief of staff of the Armed Forces of the Philippines (AFP) and Deputy Director General Jesus Verzosa, chief of the Philippine National Police (PNP).

The Proclamation was prompted by the police and the military’s difficulty in arresting the alleged accomplices of Andal Ampatuan Jr., a town mayor who was accused of masterminding the massacre; and in securing the search and arrest warrants needed from the local courts against those involved in the massacre.

In justifying the Proclamation, President Arroyo claimed that the “armed groups have established positions to resist government troops” and that the “peace and order has deteriorated to the extent that the local judicial system” is not functioning; thus the necessity to place the province under Martial Law. These two elements, however, were never recognized by the 1987 Constitution as basis of declaring Martial Law.

Also, even before the State of Martial Law was declared, the provinces of Maguindanao and Sultan Kudarat and the City of Cotabato, have already been placed under a State of Emergency with the issuance of Proclamation No. 1946 in November 24. The state of emergency in Maguindanao, which has already given the national government, the police and the military additional powers, like increasing the presence of the security forces and deployment of check points “for the purpose of preventing and suppress lawless violence” remain in effect as it was neither lifted nor revoked.

Also, from the time the state of emergency was declared, there had been a considerable presence of the police and military deployed in the municipalities that are adjacent to Sharif Aguak, the capital of the province. Thus, the considerable increase in the number of the policemen and soldiers deployed in the area during the period of the emergency could have already averted or suppressed the perceived lawless violence.

The Proclamation’s justification that the local judicial system is no longer functioning is also devoid of reality. The charges filed against the perpetrators have already had considerable progress in the local court and the houses of some of those accused of taking part in the massacre have already been the object of searches and arrests. On December 2, Supreme Court (SC) Chief Justice Reynato Puno appointed Judge Melanio Guerero, a trial judge of the Regional Trial Court (RTC) in Tacurong City, to take over the handling of the murder charges filed against Andal Ampatuan Jr., a scion of a powerful political clan in Maguindanao, after judges in local court Cotabato City refused to take up the case.

The Department of Justice (DoJ) has, in fact, sought the Supreme Court (SC) intervention for the transfer of the hearing of the case from Cotabato City to Manila. The City of Cotabato where the charges of murder have been filed is also not part of Maguindanao and the Autonomous Region in Mindanao (ARMM); thus, the Proclamation’s justification that the local judicial system in the province is no longer functioning is irrelevant since geographically it was filed outside the province.

The declaration of Martial Law cannot be a substitute for or justification of the police incompetence in matters of dispensing their rudimentary duties–to investigate crimes, to arrest those who break the law, and to afford adequate protection and security to persons who at risk–like witnesses, prosecutors and judges–who have a role in ensuring the possibility of obtaining redress and remedies. The rights and welfare of over one million people in Maguindanao must not be undermined for reasons of the government’s prosecution of the few powerful political clans and local elites.

Proclaiming a State of Martial Law and suspending the privilege of the writ of habeas corpus in the province of Maguindanao except for certain areas.

Whereas, Proclamation No. 1946 was issued on 24 November 2009 declaring a state of emergency in the provinces of Maguindanao, Sultan Kudarat and the City of Cotabato for the purpose of preventing and suppressing lawless violence in the aforesaid areas.

Whereas, Sec. 18 Art. VII of the Constitution provides that ¡§in case of invasion or rebellion, when public safety requires it, the President may, for a period not exceeding 60 days, suspend the privilege of the writ of habeas corpus or place the Philippines or any part thereof under martial law.”

Whereas, Republic Act 6986 provides that ¡§the crime of rebellion or insurrection is committed by rising publicly and taking arms against the government for the purpose of depriving the Chief Executive or the Legislature, wholly or partially, of any of their powers or prerogatives.”

Whereas, heavily armed groups in the province of Maguindanao have established positions to resist government troops thereby depriving the Executive of its powers and prerogatives to enforce the laws of the land to maintain public order and safety.

Whereas, the condition of peace and order in the province of Maguindanao has deteriorated to the extent that local judicial system and other government mechanisms in the province are not functioning; thus, endangering public safety.

Now, therefore I, Gloria Macapagal-Arroyo, President of the Republic of the Philippines, by virtue of the powers vested in me by the Constitution and by law, do hereby proclaim as follows:

Sec. 1: There is hereby declared a state of martial law in the province of Maguindanao except for the identified areas of the Moro Islamic Liberation Front as referred to in the implementing operational guidelines of the GRP-MILF agreement on the General Cessation of Hostilities.

Sec. 2: The privilege of the writ of habeas corpus shall likewise be suspended in the aforesaid area for the duration of the state of martial law.

Done in the City of Manila this 4th day of December in the Year of Our Lord, Two Thousand and Nine.