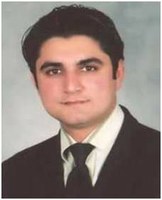 Mr. Wali Khan Baber, a correspondent of a television channel, the Geo News, was shot dead on January 13, 2011 when he was going to home after performing his duty. He was prominent on the reporting of target killings, land grabbing and drug related issues. The case has been pending in the Anti Terrorist Court (ATC) for one and half years during which time six witnesses were murdered by unknown persons. The police claim in their reports that the assassins were from a political party of the ruling alliance. Among the murdered persons were two police officials and the younger brother of a police officer who was the inquiry officer in the case. The other three persons killed were eye witnesses of the murder.

This case highlights the failure of the criminal justice system, weak prosecution, and impunity to perpetrators, acts of coercion and intimidation and the political influence from the ruling parties to undermine the functioning of the rule of law. In the case of a prominent journalist, Mr. Baber, who was probing the causes of the very fragile situation of the law and order situation and the killing of large numbers of innocent people in the city the ruling party, MQM, in its efforts to retain its alleged control over the extortion and land grabbing, has compelled the government to change its provincial interior minister and transfers of high ranking police officials. The party was successful in its black mailing otherwise the ruling alliance would have to lost its power.

Due to the absence of witness protection the perpetrators found it easy to eliminate the witnesses so that the killers can enjoy the lacuna of the law of the land. During the period of one and half years while the case was being heard in court, the lawyers, prosecutors, police officials and even the witnesses informed the government that they needed protection from the killers as their group is so powerful that they were in serious peril. However, the governments of the province and federation including the ministers, particularly the federal interior minister, promised several time to provide foolproof security. All these promises proved to be false and the six witnesses to the case mentioned above were killed during the court proceedings. Even the police officials were not spared.

The joint investigative team for the investigation of the murder of the journalist discovered the mastermind who designed and carried out the plan but government refused to arrest him. The main accused person, Liaquat, was a grade 17 officer in the local government and was the alleged in charge of the militant group of one of the ruling parties, the MQM. The total number of persons involved in the criminal gang is 17 but to-date only five have been arrested.

Now the final remaining eye witness was murdered on November 12, just two days ago before he was able to give his statement before the court. Mr. Haider Ali, the eye witness had also identified four out of the five murderers accused before the court. Some five months ago, Ali was shifted from his home to another place, the Soldier Bazar, because of the continuous attacks on his house and threatening calls from the killers. Ali voluntarily offered his evidence as he was there on the spot when Baber was assassinated during the traffic jam by the men riding on motor bikes and in one car. The killers were following him and when he shifted to other locality, 20 kilometers away from his original place. The place he was shifted to was very crowded. The killers knocked on his door and handed over him a packet of sweets then fired two bullets which hit him in the forehead and the eye.

Once again the government failed to follow the killers as it had done previously in the killings of five other witnesses.

When the killings of the witnesses started the provincial interior minister, Dr, Zulfiqar Mirza, and high police officials found that one ruling party is involved. Instead of following the findings of the officials the president of Pakistan ordered the chief minister to relinquish Dr. Mirza from the post of provincial interior minister so as to appease the ruling allied party. This was done at the cost of the lives of the witnesses.  This process was not stopped and it took the job of the Capital City Police Officer (CCPO), Mr. Saud Mirza, who was transferred to Islamabad as the allied party complained that he has identified the real killers who were militants from the allied party.

It is very interesting to note that the alleged killers of the witnesses were operating freely to eliminate the witnesses and they had never felt any resistance from the government to their operations. After the killing of Baber, the whole media and journalists went on protest and demanded the arrests of the killers. They even named the political party whose militants were involved. However the killers were so well organised that they did not heed the protest and possible consequences and within 15 days of the incident, on January 29, 2011 Mr. Rajab Ali Bengali, an eye witness and police informer, was found dead. His body was found in a gunny bag. The police found a slip of paper in the pocket of his clothing on which the name of a police Head Constable, Mr. Arshad Kundi, was written. The note said that Kundi would be next.

Just after two days of killing of Bengali, on January 31, Mr. Asif Rafiq was killed in a drive-by shooting by two men on a motor bike when he was going back to his home which was situated at police lines at Liaquatabad police station. He was linked to the case as he has identified the vehicle which was used by the killers of Baber. Rafiq was at the spot at the time of the murder and noted down its registration.

As promised in the note, Mr. Arshad Kundi was killed on March 19. He was shot dead in a drive-by attack by two men on a motor bike in the area of Sohrab Goth. He was working with Gulshan-Iqbal investigations police and he was on the team probing the case.

Mr. Naveed Tanoli was gunned downed on April 7, he was the younger brother of inspector Shafiq Tanoli, the station house officer (SHO) Liaquatabad, who was a member of the joint investigation team of the Baber murder case and rounded up five accused person involved in the case. His brother’s killing was the act of intimidation to stop him for further investigation.

The killers took a break for some months and then killed another policeman Mr. Faisal Tanoly on December 11; he was the gunman of SHO Shafiq Tanoli, again to intimate him and the police in general that the killers are not far behind them.

As the last eye witness, Mr. Haider Ali was killed on November 12 the government and MQM can relax now that their allied party and the killers are safe as there are no more witnesses and the court will release all the alleged killers for want of proof.

Unfortunately despite the fact that there are no more eye witnesses the matter is not closed and the killers have turned their attention towards the lawyers, the prosecution and other witnesses, who have already informed the court that they are receiving threats and are not receiving any protection from the government. They have stated firmly that they will not attend any future court proceedings.

The government of Pakistan frequently complains that the courts are releasing terrorists and other criminal elements but fail to realise that the reason for this is the almost complete absence of witness protection. In this case it is not the criminal elements that are behind the impending release of the accused but the failure of the same government that is complaining. It is a fact that judges have left the country for their safety after receiving threats to their lives and those of their families. These threats have been reported time and time again to the government but to no avail. There is no proper witness protection system as the government has failed to legislate in this area. The exodus of the legal fraternity is one of the outcomes of this failure.

If this matter had happened in Italy 50 years earlier it would have come as no surprise to anyone. The likening to a Mafioso conflict with the government is not that farfetched. The fact that the government has provided impunity for the killers can only mean their willing collusion.

« PAKISTAN: Living amongst dying, but for how long?