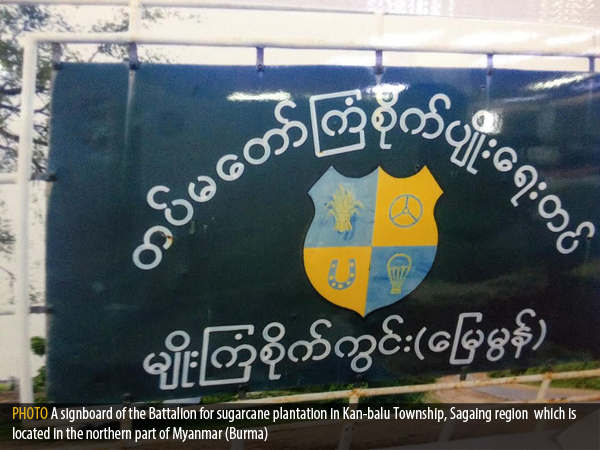 President of Myanmar, U Thein Sein, announced that the government cannot give back over 30,000 acres of paddy land that the state has been using since it was confiscated by the army two decades ago. On the one hand the President ordered state and regional governments and land management committee to cooperate with members of the parliament to solve the problem of land grabbing cases. On the other hand he has announced the government cannot handover some land back. This is leading to prosecution and prison sentences for the farmers in conflict with the army regarding their land.

According to the Myanmar President’s Office official website, the President submitted a report (26-4-2014 to 24-6-2014) to National Parliament regarding the confiscation of land by the military, ministries, regional governments, and businesses with only small amounts of compensation. There are many more cases of the government neither paying compensation nor returning the land to its owners.

1. The military grabbed lands from civilians to build up places, for military training operations, plantation and animal husbandry, and various forms of military owned businesses. To get financial support for battalions, they offer to rent the land back to farmers, essentially requiring the farmers to pay to grow crops on their own land. The Commander-in-Chief of Defence Services gave an order to the battalions not to do business with civilian and avoid offering any such tenant agreements, but the order has been ignored.

2. Ministries and corporations confiscated farmland for new town plans and infrastructure projects. Some lands were confiscated under the Land Acquisition Act, but insufficient compensation was given to the farmers. Government corporations also grabbed the farmland to build state owned factories, however they sold the land to private companies instead.

3. Private companies that applied for the virgin lands from farmland management body have, in-stead, been given farmland and pastureland mislabelled as virgin land. District and Township Officers, responsible person for companies, and farmland management bodies cooperated together to change the documents and grab the land. As the government annulled pastureland, they did not give compensation to the farmers.

On 27 and 28 May 2014, 190 farmers from Pharuso Township, Kayah State were prosecuted for ploughing in land confiscated by No.531 Light Infantry Battalion. Tanintharyi regional government seized farmland for Dawei New Town Plan Project in Dawai Township and the District Administrative Officer with his team began   construction on the grabbed land. Twenty farmers who did not take compensation for their land tried to halt the team. As a result, all the farmers were prosecuted; 10 were sentenced to 3 to 9 months imprisonment and the others paid fines. There are 450 farmers from Kanbalu Township, Sagaing Region who are protesting against the military and have had cases filed against them for cultivating in the confiscated land. Their lands were used for a sugar cane project and a sugar production factory by the military and the Myanmar   Economic Corporation. They were brought to court under the Penal Code, accused of trespassing and      mischief on the land. They cases are still going on, more than 65 farmers have been sentenced to jail since the second week of July, and they all have been sent to various prisons around the country.

The Asian Human Rights Commission calls for the military to offer sufficient compensation according to Land Acquisition Act, as well as stop prosecutions of and provide justice for the farmers. The AHRC also condemns the military’s illegal land grabs, military cooperation business with private companies to use such lands, and the practice of renting land back to the original owners.

PAKISTAN: A Minor’s Arms Chopped Off by Landlord, Police Unresponsive until Media Coverage »