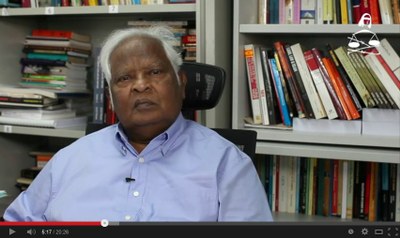 The National Secretariat for Non Governmental Organizations, functioning under the Ministry of Defence and Urban Development, issued a letter to all registered Non-Governmental Organisations (NGOs) on the 1st of July 2014. The letter attempts to forbid NGOs from conducting press conferences, workshops, training for journalists, and to stop them disseminating press releases. The letter attempts to create the impression that these are outside the mandate of NGOs.

This letter has come under serious criticism from many NGOs within Sri Lanka and beyond. The United Nations has stated that it will inquire into the circumstances under which this letter was issued.

As a result of this condemnation, the Ministry of External Affairs has issued another letter, attempting to explain away the earlier one. The Ministry for External Affairs’ letter attempts to create the impression that the work of NGOs are restricted by several laws under the Voluntary Social Service Organizations [Registration and Supervision] Act Number 31 of 1980, by amendments to the Act, by regulations issued under an Extraordinary Gazette, as well as by a Circular Letter of the Secretary to the President. This letter from the External Affairs’ Ministry is a complete misrepresentation of the law in Sri Lanka.

The Constitution of Sri Lanka has a section on the fundamental rights of citizens. All basic human rights enshrined in the Covenant of Civil and Political Rights are recognized as rights of citizens in Sri Lanka. The freedom of expression and assembly are recognized fundamental rights. The functioning of all organisations within Sri Lanka, whether governmental or non-governmental, is subject to these basic laws.

Any regulations made specifically for non-governmental organisations are solely for the purpose of guaranteeing accountability for any funds received for the functioning of these organisations, i.e. from external or internal sources. There is no other purpose for these regulations and none of these regulations can take away the human rights that are guaranteed within the basic law of Sri Lanka, and also the international conventions to which Sri Lanka has become a signatory by its own choice.

The Asian Human Rights Commission, in several earlier statements, has condemned the attempt to impose any restrictions that curtail the rights of NGOs. In a video presentation, the Director of Policy and Programmes, Mr. Basil Fernando, questions the motives behind the present attempt to restrict NGOs, when, in fact, the country needs to fight against the collapse of the rule of law and the increase in crime, not only among ordinary criminals but also within the state agencies.

The need of the hour is for greater education in ways to overcome the consequences of unleashing a state of lawlessness within the country. Attempts to restrict public education and public discussions will only contribute to greater lawlessness and fear within Sri Lanka.

« PAKISTAN: A 12 year girl, kidnapped, trafficked, and still missing – police despite evidences have to-date failed to find the girl

NEPAL: Refrain From Supporting Government Until Flaws in TRC Act are Amended »