Home / News / PAKISTAN: AHRC condemns the assassination of a prominent human rights defender and places the responsibility on the government of Punjab

PAKISTAN: AHRC condemns the assassination of a prominent human rights defender and places the responsibility on the government of Punjab 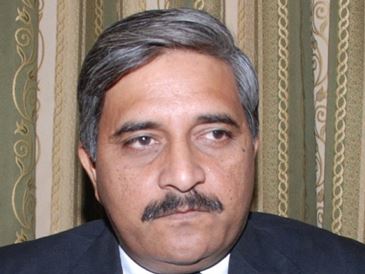 A lawyer and prominent human rights defender, Mr. Rashid Rehman Khan, was gunned downed yesterday by unknown persons at his chambers at 8.45 p.m. He had been receiving death threats from the Muslim fundamentalists since February. In the month of April he was threatened in court during the proceedings before the judge by a lawyer, Zulfiqar Sindhu and two other complainants and was warned that from the next hearing he should not defend a Muslim lecturer of Bahawalpur University in a case of Blasphemy. Sindhu actually stated before the judge that Mr. Rehman would be eliminated. The presiding judge remained silent and took no notice of the threats by the bigots who were forcing the judge to sentence the lecturer to death.

Mr. Rehman has informed the district administration of Multan, Punjab, the district police officer, judiciary and the bar associations of the country about the threats to his life. He was the coordinator of the Human Rights Commission of Pakistan (HRCP), Multan. The HRCP has also intimated to the provincial government and Inspector General of Police (IGP), Punjab province, about the threats, particularly those from the lawyer in the court room. The HRCP has also demanded the IGP to provide security to Mr. Rehman. However, as is typical in cases involving religious bigots the police and Punjab provincial government ignored the request.

Mr. Rehman was a friend of the Asian Human Rights Commission and sent information on cases of human rights abuses.

In a report published in The Express Tribune on April 13, Mr. Rehman said he had been threatened by five people, both inside and outside the court, for representing Junaid Hafeez – a man accused of committing blasphemy using his Facebook account. Two of those who threatened him were part of the prosecution team in the case, he had said at the time. In addition to them, three unidentified men had also warned him to drop the case or he would not be able to come to court to represent Junaid. The Special Branch of the Punjab police later alerted law enforcement agencies, according to another report published in The Express Tribune on April 29. However, no case was registered against the three men even though Mr. Rehman had submitted an application in this regard.

On the night of May 7, Mr. Rehman and his fellow lawyer were sitting with a client in their private chambers near Kutchery Square, Multan, when two people approached them. They climbed the stairs to the chamber, located on a higher floor, and opened fire at them. Each of the assailants fired at least 12 bullets at their victims. Following the attack, the assailants managed to escape via the main road. Mr. Rehman died on the spot while his colleague was shot three times and the client twice. They were rushed to Nishtar hospital where Mr. Rehman was pronounced dead on arrival. Doctors added that he had received fatal injuries from three bullets.

The News reported that the Assistant Superintendent of Police (ASP), Cantt Ali Mardan Khosan, said that he knew of the threats to Khan, and that they were investigating the incident.

The local administration of the district termed the threats to Mr. Rehman to be of no significance and said that when a lawyer and his companions are threatened in court it does not mean that anyone would be attacked. This message was also conveyed to Mr. Rehman by the administration.

Please see the following statements by the AHRC:

The Asian Human Rights Commission (AHRC) condemns brutal killing of Mr. Rashid Rehman Khan by Muslim fundamentalists and believes his murder was the result of the sheer negligence of the Punjab government, the police and judge of the Anti Terrorist Court who provided a free hand to the attackers to assassinate him.

It is shameful that despite the open and repeated threats to the life of Mr. Rashid Rehman, the state machinery responsible to provide safety and security were unable to save his life.  His cold blooded murder also shows the extreme dominance of the religious extremist groups, who enjoy impunity. The government and law enforcement agencies remain silent spectators before the religious fundamentalist who have complete protection from the security forces.

The civil society and human rights organisations are continuously demanding from the governments to amend the blasphemy laws that have become a lethal weapon against the lawyers, journalists, academics, and human rights defenders and also for the society to curb the freedom of expression. The governments always use blasphemy laws as the best tool to punish the free and independent thinkers and have given a license to the non state actors to accuse any person with false charges of blasphemy.

The blasphemy laws have taken the life of one former governor of Punjab, Mr. Salman Taseer and a former Federal Minister, Shahbaz Bhatti but even then the government ignored calls to review the blasphemy laws or make amendments to prevent the misuse of the law.

PAKISTAN: Appeasement policy towards religious intolerance leads to murder of a governor
PAKISTAN: The brutal assassination of Minister Shahbaz Bhatti exposes the nexus between the security agencies and the Taliban

The AHRC urges the government of Pakistan to immediately arrest the lawyer, Zulfiqar Sindhu and his two associates who threatened to eliminate Mr. Rehman if he continued to represent the person accused of Blasphemy. The Punjab government must also take stern actions against the judge of the court, the high police officials of Multan districts and the Deputy Commissioner of Multan for their negligence.

« PAKISTAN: Government must stop the disappearances and extrajudicial killings in Karachi

SRI LANKA: Unlawful arrest & deportation of a British tourist – A close look at the series of illegal steps taken by law enforcement authorities »