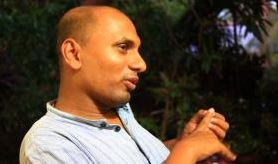 A draft resolution promoting reconciliation, accountability, and human rights in Sri Lanka is to be discussed at the United Nations Human Rights Council. The proposed resolution calls for, among other things, the Office of the High Commissioner, “To lead a comprehensive investigation into alleged serious violations and abuses of human rights and related crimes by both parties in Sri Lanka and establish the facts and circumstances of such violations and of the crimes committed with the view to avoiding impunity and ensuring accountability with assistance from relevant experts”.

In retaliation to this proposed resolution the government is conducting demonstrations in various parts of the country through its supporters.

Meanwhile, a number of human rights activists have been arrested, detained, and are being interrogated by the Terrorist Investigation Division (TID). Yesterday night (March 16, 2014), Ruki Fernando and the Rev. Praveen were arrested in Kilinochchi by the TID. Last week, Ms. Balendran Jayakumari and her 13-year-old daughter, Vithuskaini, who have been campaigning against enforced disappearances were also arrested and are being interrogated by the TID.

Ruki Fernando is a human rights advisor to INFORM, a human rights documentation centre based in Colombo. He is a well known human rights defender in Sri Lanka who has also participated in international advocacy for the protection and promotion of human rights in the country. Rev. Praveen OMI is the director for the Centre for Peace and Reconciliation (CPR) based in Jaffna. Both of them were travelling to visit Ms. Jayakumari and Vithuskaini.

The Asian Human Rights Commission calls upon the Sri Lankan government to engage with the Human Rights Council in a positive manner and make use of the opportunity of this resolution to overcome many of the serious problems relating to human rights and the protection of the country’s citizens which has prevailed in Sri Lanka over a long period of time. The entire legal system, including the capacity of the police for investigations into crimes, the capacity of the Attorney General’s Department to act as an independent and impartial prosecutor and above all the capacity of the Supreme Court of Sri Lanka to act independently and ensure the protection for individuals against state repression has all been undermined and compromised. The opportunity that has become available through the premier global institution for the protection of human rights, which is the Human Rights Council and the High Commissioner’s office, provides an unprecedented opportunity to resolve these problems and to reestablish rule of law which has been lost.

As the proposed resolution also empowers the High Commissioner’s office to investigate human rights violations and other crimes committed by the LTTE this provides a great opportunity to reestablish and strengthen the capacity of the Sri Lankan state to deal with problems of terrorism and to establish a framework to prevent the recurrence of the dismal situation which has prevailed during the last four decades. In this manner the proposed resolution also provides an opportunity for the Sri Lankan state to abandon the militaristic path that it has entered into after the suppression of the LTTE. Demilitarisation is an unavoidable necessity for the normalization of the entire situation of the country as well as for reconciliation with the minorities.

The Asian Human Rights Commission calls upon the president of Sri Lanka and the government not to utilise the proposed resolution as a propaganda stunt for petty political ends. The position taken by the Sri Lankan president and expressed openly through the media that it is only the people through the electoral process that has the power to deal with any crimes that may have been committed, is an untenable position under international law. Sri Lanka, as a member of the United Nations and also a participant of the Human Rights Council is not entitled to challenge the very mandate of the United Nations and the Human Rights Council. Such challenges do not contribute to the betterment of the country but, in fact, lead to the isolation of Sri Lanka within the community of nations.

We especially call upon the Sri Lankan government not to use its security forces, particularly the Terrorism Investigation Division and intelligence services with a view to harass and intimidate victims of human rights abuses who seek justice and human rights defenders, journalists and others who are playing their role to ensure protection for the people.

We call upon the Sri Lankan government to release Ms. Balendran Jayakumari and her 13-year-old daughter, Vithuskaini, Ruki Fernando and Rev. Praveen as there is no justifiable reason to arrest or detain them.

We call upon the High Commissioner for Human Rights to pay special attention during this time of the debate on the proposed resolution, and thereafter, to take all measures within her mandate to ensure protection for victims of human rights abuse by the government as well as the LTTE so as to avoid their harassment and intimidation. This must also include the protection of human rights defenders, journalists and all other persons who want to contribute to justice and reconciliation in Sri Lanka.

We also call upon all civil society organisations throughout the world and media organisations to be on special alert on behalf of the victims of human rights abuses, human rights defenders, journalists and others on this special occasion and in the immediate period thereafter.

BURMA/MYANMAR: The police cannot avoid responsibility for the torture to death of a man in custody »