Home / News / PAKISTAN: Women are headed towards a dark tunnel

PAKISTAN: Women are headed towards a dark tunnel

The shadow of darkness shrouds Pakistan. In a country that already has a repressive attitude towards women; the possibility of upholding women’s rights shrinks further. In an environment in which a woman’s worth is considered to be only half that of a man, the government is now in negotiations with the Taliban, the influence of which grows stronger. 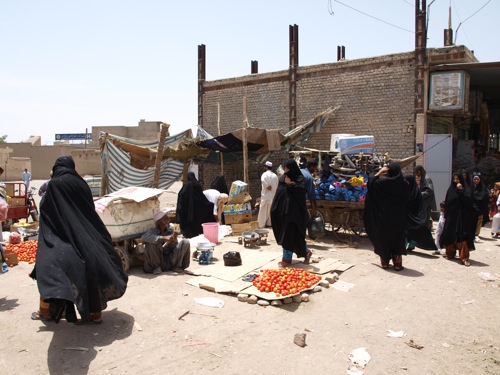 Much has already been written about the repressive actions of the Taliban and their insistence on Shariah law, especially with regard to women. The case of Malala Yousufzai and the flogging of women in public places are but two such examples. When the Taliban becomes a stake holder in the process of policy making the repression will worsen. All women will be forced to wear burkas. They will not be allowed to work, attend schools, or be allowed out in public without their being accompanied by a male family member.

There is concern that the policy of appeasement towards the Taliban and the virtual government invitation for the Taliban to take part in the decision making process will drastically affect half of the population that is already vulnerable. It is fairly obvious that, within a very short time, they will, indeed, become stakeholders.

In a country where women are victims of domestic violence, discriminated against on the basis of their sex, sexually abused without any hope of redress from the government, any lessening of their existing rights will turn them into slaves. They are victims of acid attacks, deprived of education, denied freedom of expression and movement and voting rights.

In a country where they are victims of Jirgas, illegal courts where young women and even minor girls are traded off in settlement of feuds, the local elders have the power of life and death over them. The customs of Winni and Sawara (the tradition of trading girls in exchange) are treated as Islamic law and the civil courts are not interested in getting involved.

Pakistani women are burned alive, buried alive, and beaten mercilessly. And when the survivors are able to seek help and assistance of the authorities, often the authorities return them to their torturers. Honour killings of women suspected of dishonouring their tribe and failing to adhere to custom occur frequently and it is rare for authorities to act against the perpetrators.

In a country where they are used as pawns by the police to obtain confessional statements from suspected criminals, women face both physical torture and humiliation by supposed guardians and enforcers of law and order. It is not uncommon for wives and daughters to be stripped naked and paraded in front of their husbands and fathers. They are even raped in front of their husbands and fathers to force confessions from the men.

In a country where they are treated as chattels and have even less value than animals, women are often handed to feudal lords to be used as they desire. The government has shown its inability to offer protection and respect for their right to life and dignity. When the girls are able to escape they often commit suicide. If they do not and are unfortunate enough to be recaptured they are treated worse than animals.

In a country where arranged marriage is the norm, and marriage by choice considered sin, something against Islamic teachings, girls from religious minority groups are abducted, raped, and forced to convert to Islam. Such events abound under the patronage of the authorities.

In a country where every Friday, and at least once a week, Muslim fundamentalist leaders deliver sermons suggesting that women are responsible for the vast majority of sins committed by males, there is little or no support for them from society.

In a country where women living in rural areas cannot attain more than three years of formal education, which enforces a societal policy of female illiteracy, women subsist under the thumb of male chauvinism.

In a country where laws that are by chance created for the protection of women are not implemented and enforced in order to keep women in virtual slavery.

One may ask the Nawaz Sharif government: what else does it want from the women of Pakistan?

It is not hard to imagine the reason why the government is keen to appease the Taliban and allow it greater influence. For, then, blame for acts of medieval barbarity on women, in addition to the all round repression already in operation, can squarely be made to fall on the Taliban rather than the government.

Does the government of Nawaz Sharif want to bombard girl’s schools, flog women in public places, have women raped as Islamic punishment, and girls seeking higher education to be reminded of what happened to Malala Yousufzai? If the government enters into an agreement with the Taliban it will create a nightmare for the entire country, particularly for women.

After becoming a stake holder in government policy making the Taliban will be able to dictate rules and the way of life in Pakistan. And once they are ensconced they will be impossible to dislodge. And then whatever happens, women will suffer.

The policies of the Nawaz Sharif government are already repressive when it comes to women. By entering into any agreement with the Taliban, Sharif will ensure greater repression so that, with the Taliban’s help, he may become an Amir-ul-Momeen (the absolute leader of an Islamic sultanate). In such a state, there will be absolutely no chance for employment for women, no education, and no freedom of movement. Women will be nothing but chattels to their husbands and male members of their families.

Physical and sexual violence, honor killings, forced marriages, and structural inequalities within society make Pakistan one of the worst countries in terms of the gender gap. Out of 58 countries, Pakistan stands at number 56. With this statistic in mind, it must be conceded that although the International Women’s Day began as a day in which women are reminded of the battles they have fought, the achievements that have been won, and the small, but certain, steps that have been taken, only a beginning has been made. Though this is a day to celebrate the rights women acquired over the years and to remember the efforts still to be made towards equality between men and women, in Pakistan women have nothing to be celebrate in this regard. Their rights and safety are continuously restrained by repressive laws and customs.

In an environment that has consistently narrowed their window of opportunity, a pact with the Taliban will destroy what little freedoms remain for women. A dire situation for women fast approaches.

Even if there is no pact with the Taliban but their dictates become law in an act of appeasement so the government may show that it is loyal to the Taliban version of Islam, greater darkness will shroud the nation.

Women and the human rights organisations only face greater challenges in their fight against the Talibanisation of Pakistani society, when such Talibanisation is assisted by acts of the Nawaz Sharif government.

« INDIA: Custodial death in Manipur Dressed up as Suicide

WORLD: Women’s Leadership in Peace and Security: an Insecure Agenda »