Home / News / INDIA: Law is no exception to god-men or god-women

INDIA: Law is no exception to god-men or god-women

In India, another controversy has erupted concerning yet another spiritual guru. The exception however is, this time, it is a god-woman from the southern state of Kerala. Otherwise, the script is an oft-repeated one.

The emergence of a person claiming spiritual and god given powers from a remote hamlet in the country to national and international prominence over a period of time; an estranged early disciple breaking off from the sect; and authoring a memoir throwing light into the otherwise unknown inside aspects of the guru as well as the guru’s inner circle, alleging crimes of varying nature including sexual violence and financial misappropriation; and the government going out of the way, beyond the mandates of law, to protect the cult and the persons leading it. 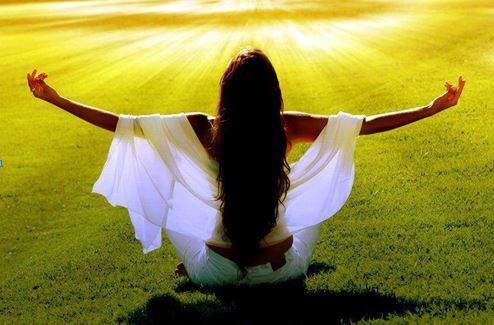 Many countries in the world have had their share of gurus and spirituality driven movements, most of them later exposed as mere spinoffs, led by fraudsters. Perhaps in this list, India stands remarkably high up.

India is home to controversial persons like, Mr. Sathyanarayana Raju, who was alleged of crimes including being a paedophile; or before him, Mr. Chandra Mohan Jain, who was accused of masterminding a bio-terror attack – the first confirmed instance of bio-terrorism in the United States, and their modern day counterparts like, Mr. Asumal Thaumal Harpalani, notorious for rape charges and absconding. The country is fertile ground for such money swindlers and racketeers.

Common to all of them, is that they could with relative ease get away with their crimes, organise for investigations to be stalled, and prevent prosecutions. They all exhibit the same skill in dodging the criminal justice process in India. They all enjoyed in showcasing their high-profile political clout, that none dared to question them or their cult or its activities. All of them have spoken in international forums, some at the United Nations or are referred to as exemplary examples of humanitarian activists, like Satyanarayana Raju, who was repeatedly appreciated by the UN for his water supply programmes, while his otherwise unknown side of life was involved in deep criminality.

The book authored by Ms. Gail Tredwell, alleges that she was raped repeatedly by one of the leading personalities in the cult led by a god woman from Kerala that she once followed, and further that the woman she believed to be her spiritual guru was in fact also engaged in criminal activities. Once the book hit the stands, public opinions, for and against the book and the cult movement followed, just as it is expected in any healthy democracy.

However, what is appalling is the fact that the state government going out of the way to silence public opinion against the cult. Worse, the Home Minister of Kerala underlined his government’s subjugation to the cult, by declaring that the government would not take any criminal actions against the cult and its leadership. The Chief Minister has said that before one criticises the cult, one should remember the good deeds that it has done so far. If this logic is to be agreed as a legal standard, one of the first persons against whom there is a serious criminal charge pending, who should be exonerated is, Mr. Tarun J. Tejpal. Under the leadership of Tejpal, the organisation that he led, Tehelka, has exposed a large number of instances of political corruption and mal-governance in India.

Tredwell in her book has alleged, among other things against the cult that she once followed, crimes of serious nature. Some of them have direct and possible consequences that could endanger the security of the nation. Some of these crimes are of such gravity that the statute of limitation does not apply to them.

The government has the fundamental duty to investigate these allegations. Ministers who act against the constitutional mandate that they are bound to uphold and have sworn allegiance to before assuming office, that is to uphold the rule of law, must be prosecuted for breaching their constitutional promise.

Such statements will demoralise the state police. State opposition to a legal obligation to investigate promptly an allegation of crime only underlines the culpability of the government in promoting criminality.

Once a crime is committed, however small it might be, any amount of good deeds performed later does not have the capacity to exonerate the criminal. The power to acquit and convict a person is with the judiciary in India. Or, are there two sets of laws in India, one for the ordinary citizen and another for the god-men and god-women?

NEPAL: Two years after her kidnapping and disappearance, what can we do to find out what happened to our mother Chhori Maiya Maharjan? »