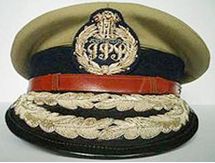 28 police officers from the Kerala State police is accused of running a human trafficking cartel in the state. This felonious syndicate run by police officers is linked with international criminal cartels that supply women, children, and men. It is estimated that about 300 victims have been trafficked out of India by this criminal gang. Officers directly linked with human trafficking belong to all ranks, like Superintendent of Police, Deputy Superintendents, Circle Inspectors, Sub Inspectors and constables. This gang has been in operation for at least the past six years and many among them were stationed at the Kochi International Airport, exclusively responsible for immigration clearance of travellers.

The Asian Human Rights Commission (AHRC) has consistently opined that the single largest impediment to internal security in India is the country’s police unless drastic measures are taken to refine the police. The above incident is the latest proof to AHRC’s assertion, in the form of confession of one of the police officers charged with the offence, Mr. A. P. Ajeeb.

The Kerala state police have been adamant so far that it must be the agency entrusted with the responsibility of immigration control at the Kochi International Airport. This important airport in India, is one of the exceptional places where the state police runs the immigration processes. In most other international terminals in India, the Central Intelligence Bureau (IB) operates the immigration wing. Police officers accused of criminal activities in the international terminal at Kochi airport is not a new phenomenon.

For instance, there have been cases in the past where police officers stationed in immigration counters at Kochi accused of allowing persons to enter or exit the country without recording it in their travel documents. On each such occasion, even if the matter was reported in the local media, it would soon be internally hushed up and nothing heard any further. Not surprisingly, Deputy Superintendent of Police, Mr. N. V. Somarajan, who investigated the human trafficking case initially, is also part of the criminal syndicate. This too is revealed in Ajeeb’s confession.

This case has all the footprints of the decayed policing system in India. It is a practice in India for the police officers to be entrusted with jobs that they are not expected, equipped, or trained to do. One may argue that the police in India is neither equipped nor trained to undertake law-enforcement as required in a fast developing democracy. In fact, such performance is not expected of the police, since the national policing policy, is to forcefully impart the writ of those in power, for which the police is encouraged to use brute force with impunity.

For this, rules are negated, even at the risk of national security, just as it is reported in the Kochi incident. It is nothing less than a sign of anarchy in governance and polices, that today, police is the least accountable and its policies absolutely non-transparent in the country.

An additional symptom of the anarchy is in the practice of the police investigating allegations against the police. With what figment of trust could Indians expect their police, notorious for committing crimes, to be honest and professional in investigating crimes alleged against them? The very concept lacks both honesty and is unprofessional. It is just that both the police and the government fail to admit it. The statement by one of the linchpin in the human trafficking network that operated in Kerala affirms this assumption.

That be so, the additional question that is to be asked is why did them the government, and the then Director General of Police allow the case to be investigated by a relatively low-ranking officer, a Deputy Superintendent of Police? What prevented the state government from requesting for assistance from the central government or of its agencies to undertake an investigation? On the other hand, is it so that both the governments as well as the police are complicit in allowing the police to get away with crimes they commit? The logical answer to these questions should be nothing less than an emphatic yes.

The Kochi human trafficking incident brings forth the following questions:

(i) Persons of questionable backgrounds, unsafe to be entering or leaving India could have passed through the Kochi International Airport with the knowledge of police officers who were stationed at the airport, with no other mandate, but to prevent it. The state government, its police or the central government have no means to know who these people are and when and where they have went, irrespective of whether they travelled into the country or out of it;
(ii) There is no way to trace the victims of human trafficking, since many must have left on fake documents. So far, the government has not attempted to trace the victims. The government is extremely handicapped in this since it has no trustworthy records to depend upon to trace the victims’ identities internally, nor can the government request any foreign governments for information since it does not know who came from where and went where;
(iii) The investigations so far have revealed huge sums of money being transferred between accounts of private individuals, police officers of various ranks, and their relatives. Will the government be able to recover this money from the officers? So far, there has been no attempt in this direction;
(iv) Above all, what immediate action has the government done, now that such a serious crime has been unearthed? Would there be actions taken by the government to bring accountability in police actions?;
(v) Are the officers named, their actions specified in the confession statement placed on suspension?;

Unfortunately, in India none of this is possible. This is why it is justified in saying that law enforcement in India is nothing more than uniformed anarchy. No state or its people will be secure with such a police force. India is no exception.

« SRI LANKA: A Buddhist monk who abused a female government officer is being protected by political influence

SRI LANKA: The Officer-in-Charge the Moratuwa police could have saved the life of the chief monk  »