PAKISTAN: International Court of Justice should intervene in death of Dr. Zafar and ongoing disappearances 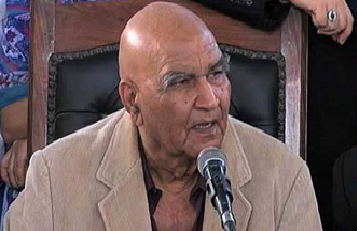 Even as Pakistan was still reeling from the Kasur child rape at the beginning of 2018, octogenarian professor Dr. Hasan Zafar Arif was found murdered on January 14. According to news reports, Dr. Zafar’s tortured dead body was found inside his abandoned car, at a deserted place in Karachi. He was missing since Saturday.

Though his dead body bore several torture marks visible to any untrained eye, the team of medico-legal Officers (MLOs) at the Jinnah Post Medical Center–Karachi’s largest state hospital–who performed a complete CT scan of the body, said they found no marks of violence. A video of his bruised body went viral and can be viewed here.

The Asian Human Rights Commission (AHRC) calls upon the International Court of Justice to intervene in Pakistan’s ongoing enforced disappearances and extrajudicial killings, as national authorities, particularly the law enforcement agencies, cannot be trusted to convene impartial and effective investigations. Pakistan’s judiciary, parliament and other justice institutions have not only failed to address the criminal offence of enforced disappearances, but are also responsible for approving legislation that gives blanket cover to the perpetrators. Laws such as the Protection of Pakistan Act, Pakistan Electronic Crime Act, and others, are a testament to the state’s resolve to give law enforcement officials’ unbridled and unquestionable power.

After the government banned the MQM and declared it as an anti-State organization, the Rangers officials were targeting Dr. Zafar. Dr. Zafar Arif was a highly reputed academic who has authored several books and subscribes to leftist ideologies. He was elected as leader of the London Rabita Committee (a liaison committee) in 2016. In October 2016, Dr. Zafar was arrested by the Rangers as he was about to enter the Karachi Press Club. Dr Arif was charged under the Maintenance of Public Order Ordinance for inciting public disorder and detained at the Karachi Central Prison. AHRC issued an Urgent Appeal against his arrest.

While in jail, Dr. Arif was denied access to a lawyer and medical attention. Dr. Arif was a heart patient who has undergone two bypasses. His lawyer argued before a court that the veteran professor was aged and sick and needed proper medical care. He was released in April 2017.

Throughout the civilized world the academia are respected and revered for their intellect, but when a nation goes morally bankrupt, it holds its philosophers and academics in abhorrence. Instead, those who believe might is right and perpetuate the rule of the jungle are seen as heroes. Free thinkers and philosophers are deemed as disruptors of societies. When hypocrisy rules supreme, speaking the truth becomes an act of defiance and dissent, and dissenters are silenced.

The government of Pakistan is coming down hard on dissenters opposing State policies of subjugation and oppression. Sindh Rangers in particular, have adopted a policy of repression to maintain their writ and any dissent is dealt with brutally, resulting in further unrest in the Province. The intelligentsia, activists, and academics have been specifically targeted as they represent a voice of the repressed. Instead of curbing fundamentalists and cracking down on terrorist factions, the State is bearing down hard on leftist and secular elements. As the State and its agencies abet hardline religious fundamentalist zealots, academics, journalists and human rights defenders are routinely attacked for writing and commenting on religious extremism and abuses by security forces.

Pakistan’s policy makers seem to have forgotten the Dacca debacle brought about by the slaying of its intelligentsia. It is a tragedy that Pakistan fails to recognize its true heroes, and instead heaps blame on them for speaking the truth. Dr. Zafar was a victim of collective ignorance.

That Dr. Zafar’s brutal murder is not making any headlines, but is treated as just another murder in the city, speaks volumes about media bias and censorship. The media is forced to remain silent and report that no torture marks were found on his body. Even the head of the Jinnah Post Medical Centre was reported to have said that given his advanced age, Dr. Zafar could have died of natural causes. The circumstantial evidence surrounding his death all point to his murder, yet no one will be held responsible.

The victimization of academics is unacceptable and abhorrent. The AHRC urges that the practice of torturing academics and others speaking out against state abuse must be halted immediately. The culprit behind the cold-blooded murder of Dr. Zafar should be prosecuted and punished accordingly.

« PAKISTAN: INGOs are not the problem

INDIA: Ensure whistleblower Thounaojam Herojit Singh is provided protection, his statement recorded, and his diaries produced as evidence by the CBI »