Two heads of dogs, freshly severed, have been strewn in front of the houses of two well-known human rights defenders as the race in the presidential election is intensifying in Sri Lanka. Mr. Brito Fernando and Prasanga Fernando are two well-known human rights activists who have a long history of fighting for the protection of human rights in Sri Lanka. They have also been campaigning against enforced disappearances, extra judicial killings, and torture and other human rights abuses. They have been actively campaigning for the common opposition candidate Maithripala Sirisena on the grounds that the Government of Mahinda Rajapaksa has been engaged in systematic violations of human rights that need to be stopped. Brito Fernando has also recently publicly declared that on a previous occasion he had campaigned together with President Rajapaksa when he was in the opposition, against enforced disappearances and other abuses of human rights. However, once in power President Rajapaksa has failed to honour his promises to bring the perpetrators of human rights violations to justice and in particular to end the present form of the executive presidential system which destroys the possibility of the protection of the rights of the people.

The Asian Human Rights Commission condemns the threats made to these two human rights activists by the exhibition of severed heads of dogs, thrown in front of their houses which are a barbaric act. These types of sinister attacks can only be done with the corporation of some sections of the security agencies who are carrying out political instructions against those who are exercising their right to freely participate in campaigning for candidates of their choices. 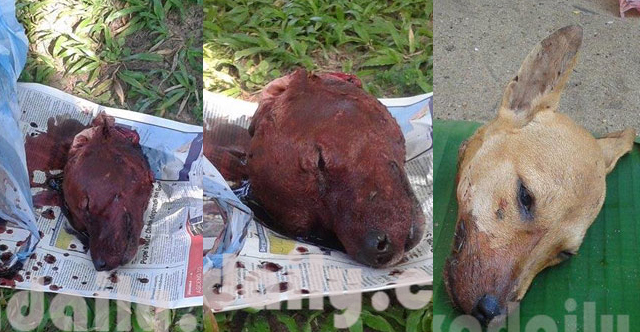 We ask the Government, and the Commissioner of Elections to inquire into this act as it is a serious violation of the electoral laws.

We also ask all Sri Lankan people to actively protect the rights of every citizen to participate in the electoral process and in particular to condemn this barbaric attack on the two human rights activists.

« PAKISTAN: Establishment of military court: a recipe for disaster