Home / News / PHILIPPINES: Negros and its people through my eyes–control begins at childhood (Part 2)

PHILIPPINES: Negros and its people through my eyes–control begins at childhood (Part 2)

From the moment a child is born into a family of sugarcane workers he becomes an object of control in his society, community and even in his own family. For such a long time now the lives of the people have revolved around sugarcane planting and production that it is naturally assumed any children born into a sugarcane family will adapt to this way of life. It is such a certainty that they are taught to harvest sugarcane at the age of eight years.

Even the child’s very existence is meant to sustain the family’s survival. The concept that a couple give birth to a child as a gesture of love and fulfillment, to have someone to carry on the family name and traditions is of secondary importance to sugarcane families. A child is conceived and born for the very purpose of the family’s survival. They are raised in the hopes that when they grow up they can help the family to earn money. It is logically contradictory, but in reality the children of which we speak are seen as being closer to beasts of burden.

If cows and water buffalos are farm animals which are a source of milk or used to plow farmlands, children who belong to a family of farmers work to add to the family’s daily income for their mutual survival.

In Negros, the minimum wage as required by the law is Php 218 (USD 4.9) a day, but in reality the majority of the plantation workers only get Php 70 (USD1.5). The more children a family have the more income the family can generate once they are old enough to help their parents work in the fields.

But this also results in the children suffering at an early stage. In one village near Cadiz City, Negros Occidental alone, a social worker said that there are over 2,000 children less than six years-of-age whose weight falls under the category of Below Normal (BN) and about ten of them are clinically malnourished. This phenomenon is very common during the tiempo muerto (the dead season when the sugarcane is harvested and milled), from May to September each year. There is also the possibility that by some means, the family will lose their jobs at the plantation.

There is a government agency responsible for providing relief which is the local Department of Social Welfare and Development (DSWD). But only children falling under the category of malnourished are entitled to relief or food assistance. The child’s family is provided with at least 3 kilos of rice per month as a form of relief. However, this assistance only continues until the children’s weight increases to the below normal category, and it is then stopped. Also this allocation and provision of food assistance depends on the government’s budget availability and is not considered a priority.

The parents know full well they will not be able to adequately feed, clothe or educate their children, or even to just let them enjoy their childhood as children and not as workers, but they have to bear children.

Due to the extreme poverty the people face the notion of parenting has evolved. Considering children as ‘beasts of burden’ has become an acceptable norm. Thus, to simply condemn the parents would not only be insensitive but also a superficial critique of finding a solution about what needs to be changed. Under the present circumstances this is their only way of survival.

Both the children and their parents are victims of this decades-old cycle. Like the children of today, their parents and their ancestors had to endure exactly the same experience. Today’s adults are yesterday’s children; they were raised and suffered as their children are doing today. It is easy for outsiders to pass judgment on people, to come to conclusions based on the reality of their own lifestyles and put the blame squarely on the parents. But in reality even the children do not put the blame on their parents. Some of them even tell their parents that it is pointless to spend huge amounts of money for their university educations, they tell their parents they should marry and have a family of their own as soon after finishing high school as possible.

In the Philippines the average age at graduation is around 16 years-of-age. I met a woman in one of the villages I visited who had recently married. She only completed high school but she could speak fluent English to my Korean colleague who was interviewing her. Her English was far better than that of the foreigners who come to study English at the universities in Negros.

For her, like any other children in the village, completing high school education must have been extremely difficult given the conditions they live in. In one of the villages I visited the children walk for four hours a day in going to and from their school, often on an empty stomach.

However, even with ambition the children are unlikely to benefit from education because their parents cannot afford to send them to school, buy school supplies, books and uniforms, because the parent’s employers for whom they are working do not pay them decent salaries and the benefits to which they are supposed to be entitled. By ensuring that the salaries they pay to the sugarcane famer’s do not allow them to properly educate their children the plantation owners ensure that they will have labourers from one generation to the next. And it is this cycle that has been there for years.

This is just one of the many ways in which the landed elite have been able to control the farmers and their children’s lives. 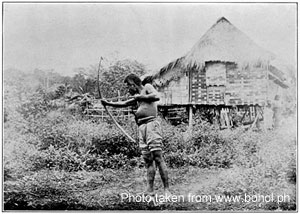 Before your airplane touches down at the Silay City’s national airport in Negros Occidental, what you see from the sky is the island’s huge plain. Negros is the country’s third largest island with a land area measuring about 13,328 km². It is divided into two provinces, Negros Occidental and Negros Oriental. The native settlers were originally Negritos, an indigenous tribe whose appearance is that of short, dark-skinned People with curly hair. The Negritos had their own settlement in the island long before the Spaniards arrived and they referred to the indigenous people as Negritos. Like the islanders who came after them, the Negritos also suffer discrimination.

The Negritos, according to the locals, were either forcibly pushed towards the mountains or displaced from their communities when the Spaniards and the local elites began to establish settlements and accumulate properties. In years to come these would be known as Haciendas, a term which refers to huge agricultural land owned and controlled by landed elites where the sugar plantations and agricultural products have since been cultivated. The people who own these haciendas are but a handful of wealthy local families of Spanish descent who came into possession of certificates of ownership during the Spanish colonial rule. The ownership of the land had been passed down from one generation to another.

The entire island has since been under the control of a few wealthy elites in terms of its economy, politics, governance, culture and the social life of people for centuries. The locals, particularly the farmers and their families who are working for landed elites, grew up in a society where they are mentally conditioned and indoctrinated over time to change their own habits, attitudes and beliefs.

One example is the villager’s gesture of bowing every time he meets or seeks an audience with a landlord. For other societies, bowing is a form of respect, but in Negros it is a form of one’s submission to the authority of a person he is bowing to. This practice remains deeply embedded in the minds of the people, a practice which includes even some local activists despite having been educated politically and ideologically. However, while the local activists do bow to the landlords they don’t bend forward as deeply and as long as locals do.

This mental conditioning is so deeply rooted that even the parents of young children permit their children to work in the landlord’s household without being paid. A long history of oppression and exploitation goes a long way to explain why this mindset and habit developed. But there is also a common perception amongst the children and their parents to look upon themselves as having been raised in their social status for having worked in the house of an elite.

(Note: The black and white picture of the Negrito bowman is used courtesy of www.bohol.ph)

For the first part in this series of articles please see: PHILIPPINES: Negros Island and its people through my eyes (Part 1)

« SRI LANKA: President to take over Attorney General’s Department will further damage the rule of law