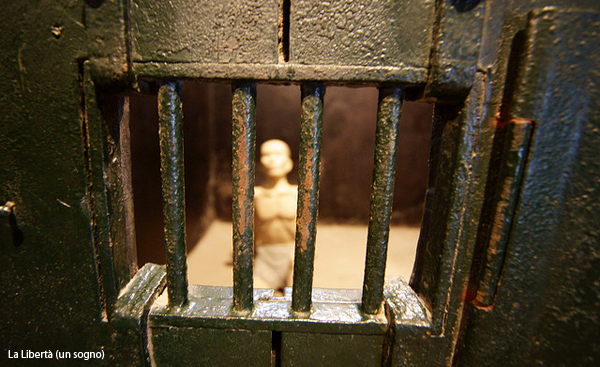 The arguments against jail term in the context of a developing country such as Pakistan holds water if one considers the factor of the State failing to reform inmates. The length of sentence awarded is increasing considerably for offences such as burglary, theft, rape and terrorism, however no significant drop in such crime can be observed. Rather, they are on a steep rise. Longer prison sentences serve little to deter crime. They have just resulted in overcrowding and mismanagement in jail.

Jail terms emerged as a humanitarian alternative to strict sharia, Islamic law, which prescribed punishment such as amputation, flogging, and stoning in the colonial era. But, now we live in a country that is addicted to incarceration as a tool for social control.

Justice systems are extremely expensive and mostly do not rehabilitate, rather they often make the people that experience them worse human beings. In an unjust society, where anarchy rules supreme and legitimate conduct is not incentivised, incarceration and prison terms are denials of human right to freedom and liberty. In this sense, our criminal justice and prison systems contradict their own mission statements.

Our criminal justice system is extremely hypocritical and elitist, punishing the poor man caught in a petty crime while allowing those with deep pockets to get away with murder. This selective administration of justice has caused massive overcrowding. According to the International Centre for Prison Studies, an international research organization focussed on the state of prisons in the world, currently Pakistan has 97 prisons, of these 32 are in Punjab, 26 in Sindh, 22 in Khyber Pakhtunkhwa, and 11 in Balochistan Provinces, and 6 are in Gilgit Baltistan, a newly included territory of Pakistan. The authorized capacity of these prisons collectively is 42,670. However, 78,328 prisoners are housed in these prisons. Thus, the jails throughout Pakistan are housing 35,000 more prisoners than their designed capacity. Thousands of prisoners are awaiting trial for petty crime such as theft, substance abuse, drinking, and possession of drugs and alcohol.

Prisoners languish in jail for many years for petty crimes having maximum punishment of two years, often because they have failed to pay the bail bonds or fine amounting to a few thousand rupees (15 to 20 USD). These petty criminals are kept in the same barracks as the hardened criminals learning the ropes of the trade and come out as a potential nuisance and threat to the society. Many habitual offenders who later join Taliban splinter groups such as TTP have a history of being incarcerated in Pakistan’s notorious jails such as Karachi Central Jail, Adiala Jail, and Mach Jail. The juvenile prisons are also breeding honed criminals, ready to avenge the system that placed them in prison. These hapless teens are neglected, illiterate, and unwanted children that nobody wants to own. There is absolutely no provision of rehabilitation and education for these underage prisoners; the state machinery is clueless how to deal with them.

In violation of the Juvenile Justice System Ordinance (JJSO), children continue to be arrested for petty offences and illegally detained for days and even months. There have been several reported cases of molestation of juvenile prisoners at the hands of jail staff. Many a times the boys are expected to serve, bribe, or please the prison staff to get basic amenities or better food. Women prisoners also have to put up with sexual torture of the male prison staff. According to a report released by Human Rights Watch, law enforcement agents subject more than 70% of women in police custody to physical and sexual abuse. Yet, not a single police official has been subjected to criminal penalties for such abuse. The food that is served at these prisons is inedible, as the AHRC’s study on custodial torture revealed. More that 80% of those surveyed said that the food was inedible and that they had to bribe the jail staff to allow the food brought by the relatives of the inmate.

Instead of reforming criminals, the prison system in the country provides fertile ground for further nurturing criminality. To address the issue perhaps the government of Pakistan should look westward and introduce a system of community service, which is in vogue throughout the developed world.

According to Nacro, a charity working for crime reduction in England and Wales (https://www.nacro.org.uk/) community sentences have not only have proven to be 8% more effective than short-term prison sentences at reducing re-offending, they can also challenge criminal behaviour, as they require people to repair the damage caused by their crimes; and they also cost significantly less. The petty criminals would be required to broom the streets, serve time teaching children about the dangers of drugs, or work as volunteers in the capacity-building exercises undertaken by the government, thus reducing the cost of keeping them behind bars and reforming them to become better individuals.

In addition to improving police and judicial functioning, the national and provincial governments should invest in establishing an effective probation regime; creating alternatives to imprisonment for petty crimes, such as fines, mental health and drug treatment; and providing free legal aid to those who cannot afford it; and fully funding public prosecution.

Our legal system is wholly based on the principles of reprisal and deterrence. It is time to shift the policy of retribution to reformation. The State should not allow crime nurseries to run unchecked, especially in the wake of terrorism, militancy, and intolerance. The society must own them as erring individuals who have reformed and must be integrated as part of the society. The policy of reformation begins with the notion “hate the crime not the criminal”. Prison should only be reserved for those who commit the most serious crimes and for those who present a danger to society.

Javeria Younes is an advocate, human rights defender, and a legal researcher. She can be reached at Javeria.younes@live.com

INDIA: Only an insane police can use a teen rape survivor as ‘bait’ »