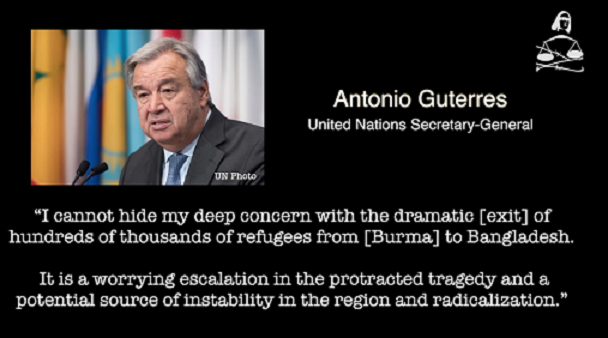 Next, in India’s Uttar Pradesh, Mr. Chandrashekhar Ravan remains in custody despite the Allahabad High Court granting him bail in all the cases registered against him on 2 November 2017. Ravan is in custody because the government has registered a case against him under the provisions of the draconian National Security Act 1980, which allows for ‘preventive detention’. Meanwhile, Mr. Ravan’s health is rapidly deteriorating, although he was completely healthy at the time of his arrest in June 2017.

In Nepal, a former employee of the National Human Rights Commission, Mr. Kosh Raj Neupane, has authored a defamatory article against Ms. Mohna Ansari, a current Commission member, with false accusations. The campaign against Ms. Ansari is aimed to put down emerging civil rights activists, particularly those from marginalized communities, and those who have publicly expressed opinions that may not be pleasing to the incumbent government and its supporters.

Over the last week or so, India’s capital city of New Delhi has been engulfed by severe smog. The city saw the pollution reaching emergency levels of over 800 plus on November 8. People in Delhi have complained of respiratory problems, burning in the eyes and long term health effects. On Monday, the Supreme Court issued a notice seeking expeditious government action in the matter of crop burning, which is seen to be one of the main reasons for the severe spike in pollution.

In Indonesia, families commemorated the November 1998 Semanggi shooting of students this week. They held a black Thursday demonstration in front of the Presidential Palace in Jakarta, and organized a public movie screening at the Jakarta Legal Aid Office. More than 19 years since former dictator Suharto stepped down in 1998, successive governments have failed to bring the case to court and prosecute the perpetrators.

« INDIA: AADHAR- starving the poor to death as the Supreme Courts looks away