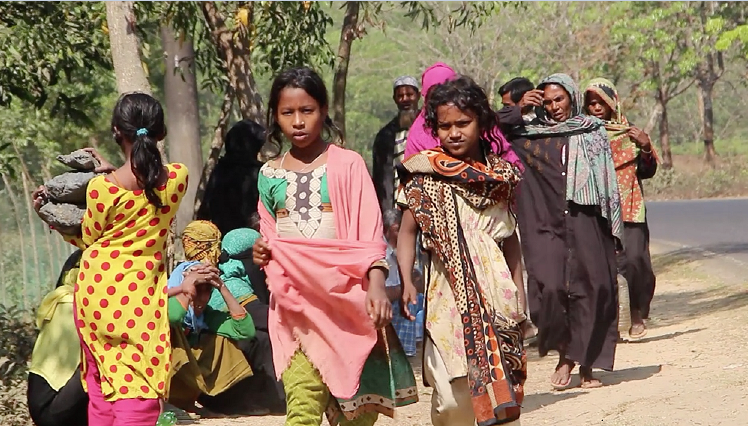 This week Just Asia begins with Burma, where Rohingya refugees continue streaming to Bangladesh after violence erupted in Rakhine state just over a week ago. Although the Bangladesh government has a zero-tolerance refugee policy, it seems that security officials are ignoring government orders and allowing refugees to cross the border. Meanwhile, Human Rights Watch has released satellite imagery showing that more than 700 homes have been burned down in one Rohingya village.

Next, an independent newspaper in Cambodia was forced to close due to astronomical taxes demanded by the government. The English language Cambodia Daily had been given a deadline of one month to pay USD 6.3 million in years of back taxes, which the publication disputed and described as “astronomical”. In the run-up to an election next year, Cambodia has seen a widening crackdown on independent media, opposition politicians and rights activists.

In India, senior journalist and activist Gauri Lankesh was murdered Tuesday at her Bangalore home. Shot three times at close range, she died instantly at her doorstep, and her body was found by neighbours. Gauri Lankesh ran the Kannada tabloid, Gauri Lankesh Patrike. She was known for her forthright and outspoken views on many topics.

In Pakistan, a 28-year-old man set himself on fire at the Athar Hazari police station in Punjab’s Jhang District last month, to protest against the police setting free a suspect in his wife’s rape case. While several officers have been suspended following the incident, nothing further is expected to occur within Pakistan’s corrupt and inefficient justice system.

Indonesia’s corruption court on Monday sentenced one of the country’s top judges to eight years in prison for taking bribes, the second time a Constitutional Court judge has been imprisoned for bribery since 2014. A five-member panel of judges ruled that Patrialis Akbar was guilty of receiving thousands of dollars from a meat importer to influence the outcome of a judicial review of the law on animal husbandry.

Nearly five months after an acid attack against Indonesia’s Novel Baswedan, senior investigator of the country’s Corruption Eradication Commission (KPK), no one has been prosecuted for the crime. The police investigation has been slow and unclear, resulting in increasing suspicion of a lack of commitment and political will to seriously find and prosecute the criminals. According to civil society, the acid attack against Novel is part of an effort to weaken the KPK.

The government of Nepal has yet to reply to a joint communication by the UN Special Procedures regarding the Terai killings and other human rights abuses of 2013-2016. The deadline for answers to the various queries made by the Special Procedures, including the Special Rapporteurs on extrajudicial executions and freedom of expression, was 7 August 2017.

INDIA: The murder of the ‘other’ »