An Announcement by the Asian Human Rights Commission 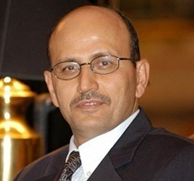 We are writing to invite you for a session on the ‘Democracy Movement in Bahrain’ with Dr. Jasim Hussain, former MP, Bahrain. The session will be for 90 minutes at the AHRC’s office, starting at 10:00 a.m.; 28 August 2013.

Prior to his position in the parliament, Dr. Hussain was the Director of Economic Research Unit at the University of Bahrain, where he lectured at the College of Business Administration for more than a decade. He is widely published, in English and Arabic, on socio-economic developments of Gulf Cooperation Council (GCC) countries.

« SRI LANKA: A Suggestion – To Change the Name of the “Law and Order Ministry” to the “Rule of Law” Ministry

PAKISTAN: Impunity is given to the perpetrators who dragged a woman onto the streets and tied her to a tree with the intention to hang her »